In his essay “On Truth and Lies in a Nonmoral Sense,” Friedrich Nietzsche argues that our notion of “truth” is built on deception. He begins the essay by reminding us of our place in the universe, how inconsequential the human intellect is compared to the vast swarms of galaxies around us. Despite this, we believe the world revolves around us, and we deceive ourselves into believing that our perspective and our language, with its arbitrary categories and reductive abstractions, really captures pure truth. We superimpose a rigid, artificially structured world on top of the actual one and impress ourselves with its consistency. Nietzsche’s alternative is to embrace incoherency. The “free intellect” is one that “throws metaphors into confusion and displaces the boundary stones of abstractions” (122). It rejects and mocks all the traditional categories and toys with society’s convention of “truth.” According to Nietzsche, “So long as it is able to deceive without injuring, that master of deception, the intellect, is free; it is released from its former slavery and celebrates its Saturnalia” (122, emphasis original).

His caveat, that the free intellect deceives “without injuring,” is a curious one. Nietzsche says the free intellect “smashes this framework to pieces, throws it into confusion, and puts it back together in an ironic fashion, pairing the most alien things and separating the closest” (122).  Wouldn’t attacking the social understanding of “truth” in this way place someone in conflict with society? Nietzsche himself says the convention of truth is integral to society. How can we say the free intellect deceives “without injuring” while it rattles foundational elements of social existence?

The free intellect goes to war against “truth,” but “truth” is a load-bearing element of society. Nietzsche tells us that “the duty which society imposes in order to exist” is “to employ the usual metaphors” and “to lie according to a fixed convention, to lie with the herd and in a manner binding upon everyone” (117). For human beings to live together, there has to be, at some level, a common understanding of reality. In our society, reality is marked by rigid laws and categories. Even though this reality is not really pure truth, it is what everyone has agreed on and is bound to follow. Nietzsche uses the term reality sparingly in this essay, and does not distinguish it from his use of “truth,” but he does remark that even “an eternally repeating dream would certainly be felt and judged to be reality” (120). So when the free intellect “throws metaphors into confusion,” it is breaking down the glue that holds society together.

Yet Nietzsche argues that it is possible to have a society with a more whimsical convention of truth. He wants us to reconsider the boundary between a “dream” and “real life.” Using deception creatively can help blur this boundary, as he says, “Indeed, it is only by means of the rigid and regular web of concepts that the waking man clearly sees that he is awake; and it is precisely because of this that he sometimes thinks that he must be dreaming when this web of concepts is torn by art” (121). Dreams have an illogical, imaginative quality to them; they toy with reality. After the notion of reality has been torn apart and the deception it is built on is exposed, we are now left to ask: What is the difference between a “dream” and “real life?” Why should we give preference to the consistency of rigid categories? If both are founded on lies, a dream is not any less real than our false perception of waking life. In this case, we might prefer the dream.

If we can substitute reality for a dream in a way that improves everyone’s experience of waking life, this may be a way to deceive “without injuring.” Myth, which softens the distinction between real and imaginary, is the key to entering a social dream state. Nietzsche states, “because of the way that myth takes it for granted that miracles are always happening, the waking life of a mythically inspired people­­­­—the ancient Greeks, for instance—more closely resembles a dream than it does the waking world of a scientifically disenchanted thinker” (121). The “world of a scientifically disenchanted thinker” is a rigid and consistent one. The imagination has no place in that world because imagination does not follow the rules. Dreams are marked by their incoherence, and the “mythically inspired people” will embrace incoherence. People in a culture infused with myth will have a more wondrous experience because they imagine fanciful things occurring on a daily basis. For them, “All of nature swarms around man as if it were nothing but a masquerade of the gods, who were merely amusing themselves by deceiving men in all these shapes” (121-122). The mythically inspired are unshackled and engage with reality in a way rationality cannot allow. By tossing aside the preoccupation with the real, the dreamers have a freer experience.

But free does not mean free from pain. There is a fundamental conflict between Nietzsche’s ideal world and the actual one. Reality will not be tossed aside so easily, and changing the values of a society doesn’t come without conflict. Myth is diametrically opposed to the current social order and its preoccupation with truth. Nietzsche might say, “deceive without injuring,” but we will see that what he truly advocates for is a confrontation with society, a revolution to reshape it into one that is no longer concerned with things like truth and consistency and instead is infused with dream-like, incoherent wonder. He writes,

Whenever, as was perhaps the case in ancient Greece, the intuitive man handles his weapons more authoritatively and victoriously than his opponent [the rational man], then, under favorable circumstances, a culture can take shape and art’s mastery over life can be established. (122)

Nietzsche’s commitment to conflict is laid bare here. Deception is a weapon that the “intuitive man” (the one with a free intellect, the one who rejects the concepts constructed by humans) uses to wage war against the current culture. When the intuitive man “smashes this framework to pieces,” it is a targeted attack on society and its conventions. By overpowering the culture, he can attempt to create a “mythically inspired people.” Clearly, the words “authoritatively and victoriously” imply another side’s defeat, and defeat, of course, usually comes with injury.

It will be helpful to examine a sure case of deception with injury, so that we can be more precise about what kind of conflict Nietzsche advocates for. Earlier in the essay, Nietzsche describes “the liar:”

He misuses fixed conventions by means of arbitrary substitutions or even reversals of names. If he does this in a selfish and moreover harmful manner, society will cease to trust him and will thereby exclude him. What men avoid by excluding the liar is not so much being defrauded as it is being harmed by means of fraud. (116)

The liar switches around categories and manipulates words for a selfish purpose. Society’s conventions are arbitrary, but the liar is not condemned because his statements do not match pure truth (no one’s statements really do). He is condemned because of his desire to harm and to defraud. So when Nietzsche says deception “without injury,” he is defining the intuitive man in opposition to the liar. As a revolutionary, the intuitive man is a harbinger of conflict, but he has no intent to defraud anyone. The intuitive man has a vision for society that is, while not free of pain or instability, emancipated from the prison of concepts. We can say that a revolution of this kind, even though it involves a conflict with society on a fundamental level, will result in a “mythically inspired” society, which has greater value. Since the intuitive man doesn’t use deception for selfish purposes, he is not really doing injury.

However, Nietzsche himself says that not everyone is ready to be freed. At one point he says, “That immense framework and planking of concepts to which the needy man clings his whole life long in order to preserve himself is nothing but a scaffolding and toy for the most audacious feats of the liberated intellect” (122). Clearly there are some “needy” people who rely on the frameworks that are being attacked and aren’t ready to live in an incoherent world. The intuitive man wants to take their crutch—rigid and consistent “truth”—away. Will these people be abandoned? Is it not selfish to leave them behind? Nietzsche appears to consider this objection, saying, “At other times [the free intellect] endeavors, with gloomy officiousness, to show the way and to demonstrate the tools to a poor individual who covets existence” (122). But that definitely doesn’t mean that everyone can be shown the way. We are still left with a quandary. Myth may be the key to a freer experience of reality, but the conflict Nietzsche advocates for will bring in a period of disorientation, instability, or even harm. Nietzsche doesn’t give us a lot of advice on how to walk the line between social revolution and avoiding injury.

There is a tension between deception “without injury” and the actual project of the free intellect, which not only toys with but also assaults the social convention of truth. The intuitive man’s earnest project is to free everyone in society from this convention by converting waking life into something more like a dream. Ultimately, however, the transition from a society founded on empty truth to one inspired by myth will be tumultuous and full of conflict. The intuitive man does not seek to harm as the liar does, but the friction he causes may do so regardless. The intuitive man’s goal and intent have been uncovered but the question remains: Do we reject what he is offering because of the danger, or is dream-like freedom worth the cost of revolution?

Nietzsche, Friedrich. “On Truth and Lies in a Nonmoral Sense.” The Nietzsche Reader, edited by Keith Ansell-Pearson and Duncan Large, Blackwell Publishing, 2006, pp. 114-123. 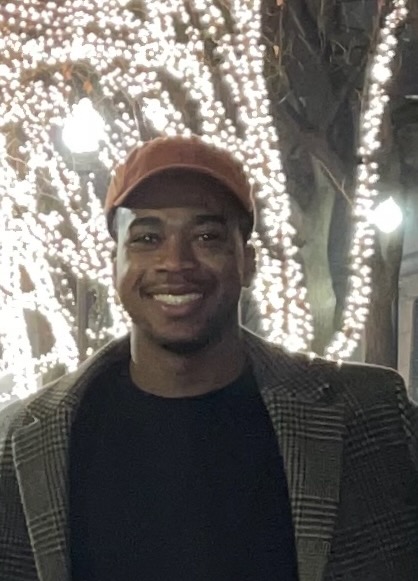 David King is from Atlanta, Georgia, and joined the Navy in 2018. He currently studies Applied Math in SEAS. David is a Lab Assistant at Carlton Laboratory, and he volunteers at a local elementary school. In his free time, he likes to run in Riverside Park, play piano, and listen to Death Grips.