The 2019 Toronto Raptors were about to do what everyone thought impossible: defeat the legendary dynasty of the Golden State Warriors. The Warriors, widely regarded as one of the best basketball teams of all time, were led by one of the most acclaimed basketball players ever, Kevin Durant, and prominently featured multiple hall-of-famers. There was no team in the NBA that could challenge them. But, in the conference semifinals, disaster struck. Durant was relegated to the sidelines by a lower-calf injury. Due to its proximity to the ever-important Achilles tendon, medical staff determined playing through it was impossible and the injury turned Golden State mortal. The Toronto Raptors capitalized on the situation and jumped to a 3-1 lead in the NBA Finals against the former Goliath.

Most people expected Durant to complete rehabilitation according to schedule and finish the season on the sidelines. However, when the Warriors announced that they would be starting Durant in game 5, people across the NBA were stunned. Durant proved why he was so important to the Warriors with a scoring explosion in the first quarter; unfortunately, however, the people who worried about him rushing back too soon from an injury would be proven correct as Durant collapsed early in the second quarter, grasping at his lower calf—the location of what would soon be diagnosed as a ruptured Achilles. Durant was 30 and a soon-to-be free agent looking to sign another mega-contract to leave the Warriors. He had just sacrificed valuable years of his prime and likely millions of dollars to return to a team one more time that he wanted to leave. One could speculate that he was compelled by his 62-million-dollar contract or his desire to lead his team to a championship. These would be reasonable answers if this were an isolated incident instead of yet another high-profile example of a behavior prevalent at all levels of sport: premature return from injuries.

Many studies—notably a 2017 study that focused on ACL injuries and a 2014 study that focused on head injuries (namely concussions)—have documented this phenomenon. Published in an official journal of the European Society for Sports Traumatology, Knee Surgery and Arthroscopy, the ACL study, which focused on athletes ages 15-30, “clearly demonstrates that the majority of the patients [had not] recovered their muscle function once they returned to knee-strenuous sport after ACL reconstruction” (Beischer 1971). The concussion study demonstrated a similar effect: “Many students with sport-related concussions experience a recurrence or worsening of symptoms after premature RTP [return to play] or RTL [return to learn], suggesting that they have not adequately recovered” (Carson e314). While no study has conclusively linked ACL issues with premature RTP, there is significant evidence that “high re-injury rate after ACL reconstruction among adolescent patients . . . can be partly explained by the fact that the adolescent patients return to knee-strenuous sport too early, without achieving adequate muscle function” (Beischer 1972).

So why, then, do athletes from across all age groups and all levels of sport seem to rush their recovery time despite the risk of dangerous consequences? What could drive someone to jeopardize their career and future by returning to play too early? The ACL study itself offers some reasons, mostly through its proposed solutions. It calls for “[m]ore effective rehabilitation” and improvements in RTP criteria (Beischer 1972), implying problems with recovery. Similarly, the concussion study locates the problem in diagnostics as well, calling for increased “clarity about the meaning of the term cognitive rest” (Carson e314, emphasis original). The data suggests, however, that the problem may also be gender norms. According to the ACL study, at the 8-month marker, “[adult] males had a significantly higher rate of return to knee-strenuous sport compared with females” (Beischer 1969). While this was most pronounced amongst the 21-30 age group (45% of men versus 27% of women), this held true as well amongst adolescents (64% of men versus 44% of women) despite no significant difference in recovery times (Beischer 1969). In other words, far more men than women were rushing to return in less time despite not being any more ready than their female counterparts. Likewise, with regards to the concussion study, 61.8% of male patients returned to school or to play prematurely as compared to 38.2% of female patients (Carson e313). This discrepancy suggests the issue is not merely diagnostics but lies in how athletes and society perceive masculinity.

In his essay, “Masculinity as Homophobia: Fear, Shame, and Silence in the Construction of Gender Identity,” sociologist and gender studies expert Michael Kimmel argues that contemporary masculinity “must be proved, and no sooner is it proved than it is again questioned and must be proved again” (28). Kimmel explicitly makes the point that this quest to prove masculinity “takes on the characteristics . . . of a sport” (28). For Kimmel, the archetype in the sport of masculinity is the "Marketplace Man," which he defines as a consummate competitor “devoting himself to his work in an increasingly homosocial environment—a male-only world in which he pits himself against other men” (29). In the sports world, where every sanctioned interaction must have a loser, everyone who participates is a “Marketplace Man.” By anyone watching (watching even themselves) that loser is immediately considered less dominant than the winner, floundering in the marketplace of athletic competition. Often, it seems, the biggest loss in the minds of athletes is felt by not playing at all. An athlete may do anything he possibly can to avoid looking weak to the other men on the court, to the men in the stands, and to himself. As Kimmel notes: “We take enormous risks to prove our manhood, exposing ourselves disproportionately to health risks, workplace hazards, stress-related illnesses” (37). This willingness to take risks gets amplified when it’s not just any athletic competition, but professional sports on the world stage. Durant, for example, had missed nearly a month of game time and, despite his recovery timetable being 6-8 weeks, was already being lambasted by journalists and fans alike for abandoning his team in the finals (Botkin).

That is not to say that this self-destructive behavior is solely the province of cis-male arrogance or some form of medical mansplaining. It is important not to overlook that while it is predominantly men that return early from their injuries, it is not only men that return early. We can understand why female athletes are also vulnerable to this kind of self-destructive behavior if we abandon the assumption that masculinity only resides in male bodies—a myth disputed by Jack Halberstam, Director of the Institute for the Study of Sexuality and Gender at Columbia University. In the introduction to his book Female Masculinity, Halberstam writes that, paradoxically, masculinity is not just another name for men, but rather a role to be fulfilled—a role that is certainly expected on the basketball court—and something that “has finally been recognized as, at least in part, a construction by female- as well as male-born people” (13). Halberstam offers many examples of female-constructed masculinity in the sports world, such as body-builder Bev Francis, tennis player Martina Navratilova, and track-and-field superstar Jackie Joyner-Kersee (15). Halberstam writes explicitly that many athletic women are at this moment the most prominent examples of masculine figures and yet they are still denied their masculinity. This adds an extra impetus for these female athletes to rush back from injury and place their own bodies in harm’s way in order to prove that they are not “sissies,” the homophobic construct of a fraudulent or incomplete man as Kimmel reminds us (35-36). The trials of proving masculinity for a female athlete, in this case, are likely less recognizable than the more familiar trials of proving masculinity that male athletes face, but may compound the pressure some female athletes face. As Kimmel writes, “masculinity is often a hedge against being revealed as a fraud, an exaggerated set of activities that keep others from seeing through us, and a frenzied effort to keep at bay those fears within ourselves” (35). However, Halberstam notes that a female’s masculinity becomes more conspicuous as her body matures into womanhood, writing “[i]t is in the context of female adolescence that the tomboy instincts of millions of girls are remodeled into compliant forms of femininity” (6). If competing in sports and putting the body at risk are seen as displays of masculinity, then a woman athlete will be judged for any decision, either choosing a self-harming behavior that is distinctly unfeminine or choosing to put her safety first and therefore seeming less competitive, less of an athlete. For some, she will be “revealed as a fraud” either way.

It makes sense then that Kimmel’s essay includes a parable of a bully—incredibly insecure of his masculinity—who constantly must beat up smaller kids in order to prove his manhood. However, every time he wins a fight, he is left with an “empty gnawing feeling” brought about by his feelings of inadequacy, where he then must prove his masculinity by winning another fight with another smaller enemy (Kimmel 32-33). To these athletes, even when their ability to fight is taken away, the pressure to fight—to prove that they are not a loser, or a “sissy”—is not. Athletes of all genders, despite being some of the most traditionally masculine bodies in the world, constantly are forced to struggle with their gender role in society. By competing in front of crowds of people, they are reduced from people to competitors pressured to prove themselves every game or face being considered not tough enough.

Durant may have been convinced—by his fans, by the media, and by “the empty gnawing feeling” (Kimmel 33)—that he had not only to win, but to assert dominance. Because of his injury, he might not be able to assert his dominance against his opponent, the Toronto Raptors—so he had to create a smaller enemy, his own body, and defeat it. Fortunately, he did not sacrifice it all. Learning from his mistake, he took two years off and rehabilitated his injuries to be the best he could (Goldberg). Many athletes, however, are not so fortunate. Slotted into these traditional masculine roles, athletes face immense internal and external pressure to treat their injuries as another athletic event: one that they can either win by returning early or lose by taking the time they need to recover. Understanding and deconstructing traditionally toxic forms of masculinity must be the new end goal, starting with treating the symptoms that cause immediate physical danger. By offering better support for injured athletes and by de-emphasizing the traditionally lauded aspects of domination at every level of sports, we can focus on treating not only the physical but psychological aspects of injury that can ruin not just a season, but an entire career and even a life. The sports world lost out on two years of Kevin Durant that it cannot get back. It can only hope to use that injury to improve itself and ensure that it does not force the next Kevin Durant to make the same mistake. This can only happen if we give that injury the proper time and attention it requires to truly heal.

Kimmel, Michael S. “Masculinity as Homophobia: Fear, Shame, and Silence in the Construction of Gender Identity.” The Gender of Desire: Essays on Male Sexuality. State U of New York P, 2005. 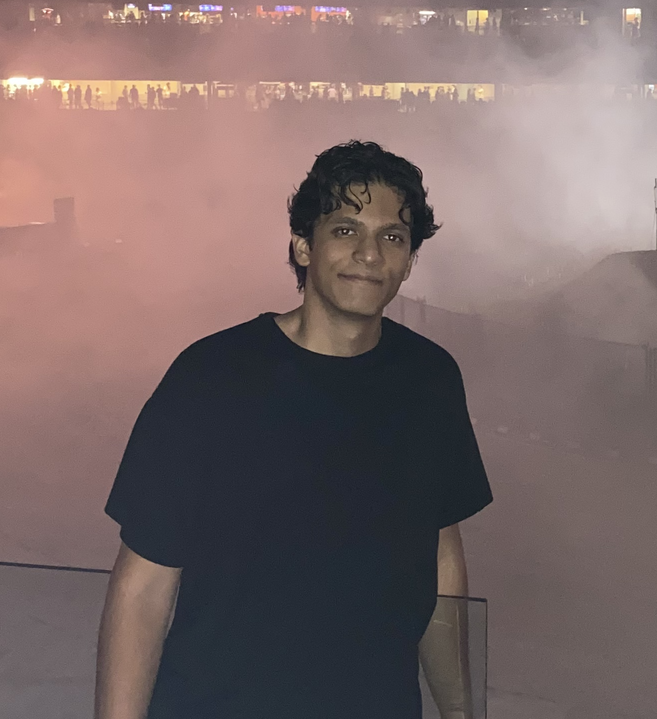 Nikhil Patel is a Sophomore at Columbia College from Chicago, Illinois. He is majoring in Ancient Studies and is on the pre-med track. In his free time, Nikhil often watches movies or reads (typically articles about various sports).