“Is it Too Late to Save the World? Jonathan Franzen on One Year of Trump’s America” is headlined in The Guardian as a reflection on Donald Trump’s presidency. However, the actual essay takes far more stock in reflecting on the idea of essaying itself—more specifically, the essay as a vehicle for self-confrontation, honesty, and realism. While politics is surely one of the proxies through which Franzen expresses the need for realism, it’s not the crux of his piece. Instead, his essay can be understood as a contemplation of human denial at large.

In this pursuit, Franzen is both essayist and one of his essay’s subjects. He challenges both Democrats and Republicans for their climate change idealism or denialism while applying the same confrontation to himself by exposing compulsions and avoidances in his own life. Franzen eventually comes to discuss his own inner turmoil—and ultimate regret—over a confrontational climate change essay he wrote in the past. Curiously, this regret ensues not because he disagrees with his past arguments, but because his bluntness lacked due “sympathy for the other people I was angry at” and even “forgiveness” for climate change escapists. This apparent paradox could be disillusioning for readers: How can it be that he both believes in his earlier essay and is ashamed of it? Nevertheless, exploring how this paradox plays out in the essay at hand illustrates a philosophy of its own: Franzen’s essay is more than a challenge to denial. It is just as much a challenge to the bifurcation of people into realists and escapists, as well as the rigidity of realism itself.

Franzen begins his essay by supposing a definition of an essay as “something ventured on the basis of the author’s personal experience and subjectivity.” He soon builds on that definition, calling the essay form an “honest self-examination and sustained engagement with ideas.” By these definitions, the ideal or “real essay” stands as the antithesis to denial. Where denial is crafty, the essay is honest. Where denial is a quick-fix like Kierkegaard’s ‘busy-man’s perfect drug,’ as Franzen references it, the essay is sustained and suited for the psychologically mature. Franzen undertakes to achieve this “real essay” in live-action by approaching personal transparency in the very piece he is writing. He designates roughly the first half of his essay for this task, and he challenges the denial of the rather unsightly aspects of himself all under the guise of seamless storytelling. Franzen exposes his cigarette addiction and admits to the “compulsive” and “morally inferior” nature of his bird-listing hobby. Even further, he is honest about how the hobby became an avoidance mechanism from the election reality, retelling how he had gone on a birdwatching trip during the election and only discovered the news of Hillary Clinton’s imminent loss through “texts from friends.” Even on the smallest scale, the description of his relationship with his editor Henry Finder offers a look into Franzen’s uncertainty and meekness to the point of “hoping he’d registered” in Henry’s consciousness in “some small way.” The succession of these personal micro-confessions would seem to firmly exhibit the position that denial ought to be challenged in order for us to become responsible citizens of our own psyches.

And yet even throughout this section, there is a hint of push-back coming from the author, one we will see in full form come the conclusion of his essay. Even as Franzen bluntly confronts his denial-inducing behaviors (cigarette-smoking, birdwatching, etc.), there is a tonal suggestion at the notion that they’re also okay, human, permissible. The description of his compulsive birdwatching is subtly self-endearing as he playfully re-creates the thought process: “[t]here was nothing to be done but go birding.” He verges toward cuteness by sharing a slight disparagement of himself, declaring “I am what people in the world of birding call a lister.” A reader might see this self-deprecating cuteness as “I’m odd, but there’s something universal about that.” And, by extension: denial is ridiculous, but the silliness of trying to remain in denial The essay’s fundamental friction is created by the suggestion that perhaps it’s okay to be in a little bit of denial. In fact, perhaps it’s okay to believe in the ideal of realism with every bone in your body and still be in a little bit of denial.

The second half of Franzen’s piece is where the “personal essay,” as a stand-in for confrontation and realism, extends into politics. He challenges Clinton’s denial of what he believes to be the real reasons for her loss, repeating “Never mind that . . . ,” thereby emphasizing her avoidance of other factors that contributed to her loss. More explicitly, Franzen makes a firm challenge to denial and escapism in both camps on climate change: how the Republicans “[continue] to lie about the absence of a scientific consensus on climate” while liberal Democrats “[persist] in the fiction that collective world action could stave off the worst of it.” These arguments are housed in the context of explaining an old essay he wrote—an essay of which he now feels ashamed. Notably, the arguments and criticism themselves are re-told with the firmness of a man who still believes in them. In fact, Franzen directly acknowledges this: “I really did want to change the climate. I still do.”

At the same time, he admits the turmoil he went through during the writing process, expressing that something felt intangibly wrong about it. Despite still agreeing with the arguments in his old essay, he worried about his own judgmental attitude, and he was sickened to the point of “waking up in the night in a panic of remorse and doubt” because the essay was a “mirror” and he “didn’t like what [he] was seeing in [it].” Here again, the paradox rears. The same confrontational attitude that his previous New Yorker essay seems to promote strikes him with remorse—and in this case, not playful, bird-listing remorse, but weighty, night-sweat-inducing remorse.

Ultimately, Franzen arrives at the most striking and explicit manifestation of the paradox: forgiveness—validation even—of those who wish to stay mentally removed from the thought of global warming. He writes, “I would especially have tried to remember all the people who need more hope in their lives than a depressive pessimist does, the people for whom the prospect of a hot, calamity-filled future is unbearably sad and frightening, and who can be forgiven for not wanting to think about it.” This final statement is paramount. It runs the highest risk of charging him as an impostor of his own beliefs, but for the same reason houses the essay’s deepest significance. In his ultimate reflection that he became entrenched in his own values, Franzen further suggests that it is possible to become obsessed with our own values, however “valuable” they may be. By retelling this essay within an essay, Franzen takes us through the process of his own denial, entrenchment, and “state of rage about climate change” until finally we see him come out the other side to a somberness and quietude, which enables him to present a new insight entirely.

We are led to the notion that it’s not merely denial that’s toxic, but rigidity and the unwillingness to shift out of our perceptual sets. Evidently, even realism can be rigid. And so the paradox holds ground. Should it deter readers into a knee-jerk reaction to cry hypocrisy, they would be missing a great truth behind it. There is truth to the idea that it’s psychologically healthy to be against denial in principle while also sometimes allowing it. The process of ridding ourselves of denial—thereby achieving complete truth or the “real essay”—ironically entails accepting that some denial is sure to exist. The adage “Everything in moderation, including moderation” expresses a parallel philosophy. It becomes valuable to consider that if ideals like moderation and realism did not sometimes disobey their own rules, they would definitionally not survive.

Finally, denial is not exclusive to one group, one political party, or one kind of personality. Denial is a communal property of us all. The world is not compartmentalized into realists and escapists, but rather a mix of people who are always both. Franzen’s ultimate demonstration is thus that he is always both.

Franzen, Jonathan. “Is It Too Late to Save the World? Jonathan Franzen on One Year of Trump's America.” The Guardian, Guardian News and Media, 4 Nov. 2017, www.theguardian.com/books/2017/nov/04/jonathan-franzen-too-late-to-save-world-donald-trump-environment. 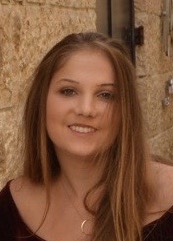 Malia Simon '22CC is a sophomore psychology student from California who lives a split life of academia and comedy writing. By day, she's conducting crowd behavior and applause research as a Laidlaw Research Fellow and reflecting on life’s most serious matters. By night, she’s making a deliberate decision to not take anything seriously at all: she is the co-president/head writer of Columbia University Sketch Show, and also writes satirical and silly content for both The Federalist and The Blue and White. As an additional note, she is a self-confessed application addict and has decorated one wall of her dorm room entirely with all her rejection letters (The Morningside Review not included if you are currently reading this).