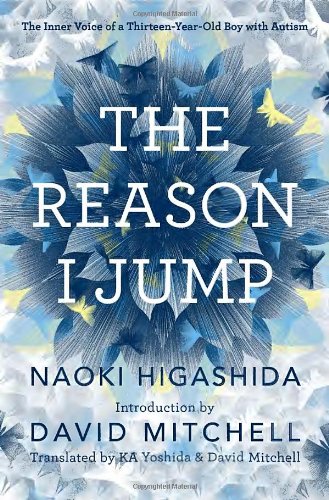 The field of bioethics has the potential to contribute to a better understanding of how the medical and social assumptions that accompany diagnostic categories impact the people who have been diagnosed. In particular, autism has recently been characterized as being defined by an inherent lack of empathy and as a state of “mind-blindness,” or the failure to develop the “capacity to mindread in the normal way.”[1]Naoki Higashida’s book, The Reason I Jump, leads us to question the legitimacy of these assumptions as well as their impact on actual individuals in the world. In his introduction to the book, the novelist David Mitchell asserts: “Like all storytelling mammals, Naoki is anticipating his audience's emotions and manipulating them. That is empathy. The conclusion is that both emotional poverty and an aversion to company are not symptoms of autism but consequences of autism, its harsh lockdown on self-expression and society's near-pristine ignorance about what's happening inside autistic heads.”[2] This book shines a light on the dehumanizing current behind the scientific discourse on autism by laying bare the sheer humanity of a single person's struggle to communicate with the world around him.

Naoki Higashida is a Japanese man who wrote this book when he was thirteen years old. Because of his trouble with verbal and independent written communication, his writing began in a unique manner: Higashida would form words by pointing to letters on an “alphabet grid,” and his mother would transcribe them. He later began to write directly on a computer. Mitchell and his wife, K. A. Yoshida, found the book to be a “revelatory godsend” because it helped them connect with their own son, also diagnosed with autism. The couple went on to translate it for an English-speaking audience.[3]

The book is a combination of autobiography, short fiction, and a direct plea for understanding. Higashida does not describe a condition of emotional apathy; rather, he outlines a state of disconnect with his own body and with the world beyond. That the people around him mistake this disconnect for a wish to be alone is a profound driver of his suffering and loneliness. This book paints a portrait of a social world that rejects the person with autism over and over again, then blames him or her for the resulting isolation: “One of the biggest misunderstandings you have about us is your belief that our feelings aren't as subtle and complex as yours ... But of course, we experience the same emotions that you do. And because people with autism aren't skillful talkers, we may in fact be even more sensitive than you are.”[4]

The field of neuroscience has cast autism as a “puzzle” to be solved, which has often led to the reification of people with autism as puzzles themselves, rather than as people who deserve compassion and understanding. “So is there something wrong with the circuitry in our brains? Life's been tough for people with autism, pretty much forever, yet nobody's really been able to identify the causes of autism.”[5] Many individuals involved in self-advocacy object to the puzzle imagery due to its association with an undercurrent of unidirectional alienation and blame. For example, an entry entitled “I am not a puzzle,” on the Aspergers and Me blog, states: “I am puzzling, people don’t always understand me or the way that I think and process the world, therefore I am a puzzle. However, I find neurotypicals puzzling. I don’t always understand them or the way they think and process the world. Does that mean that they are a puzzle as well? No, it means that I am deficient in some way, disabled by being on the spectrum and cut off from everyone else.”[6]Perhaps bioethicists are in a position to help disentangle this persistent conflation of difference, disorder, and blame.

The question of difference is central to a number of fields including disability studies, which has a powerful tradition of challenging assumptions that being different is synonymous with being inferior. Bioethics also has an investment in the careful consideration of difference, and this work will be bolstered by engagement with disability studies and other related fields. In addition, bioethics has tasked itself with identifying morally relevant areas of difference; this comes with a parallel responsibility to rigorously question taken-for-granted ascriptions of blame. In situations that involve resource allocation, for example, medicine and health systems still struggle with questions of difference, social justice, and fairness. Bioethicists have the tools to identify and interrogate questions of difference, and I suggest that they also have the responsibility to identify and examine those avenues of blame through which stereotype, bias, and social stigma have masqueraded as morality.

Japanese social life is marked by complex interactions designed to smooth social relationships, including care, to avoid causing negative feelings or offense. As a product of the Japanese social world, this book is filled with culturally appropriate affect: “The hardest ordeal for us is that we are causing grief for other people. We can put up with our own hardships okay, but the thought that our lives are the source of other people's unhappiness, that's plain unbearable.”[7] Higashida describes the roots of his social isolation very deftly and without taking on an accusatory tone. Indeed, I am not as emotionally skillful as he, and after reading the book, I have the urge to formulate accusations on his behalf. But instead of substituting my own harsher words, I have chosen a quote from the book's afterword: “I used to be afraid that as long as I had autism, I'd never be able to live properly as a human being. There were so many things I couldn't do like other people, and having to apologize day in, day out totally drained me of hope.”[8]Perhaps we of the outside world are the ones who have been “mind-blind” all along.

[3] A related interview with David Mitchell by John Stuart on the Daily Show is available here: http://www.thedailyshow.com/watch/tue-october-1-2013/david-mitchell