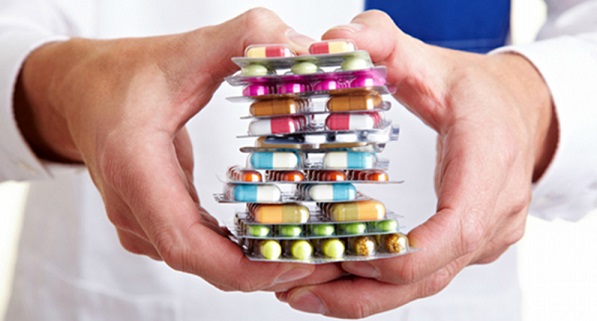 Sebastian Agredo
Alumnus of the Columbia Master’s in Bioethics Program, Managing Editor at Voices in Bioethics

As was reported in a February 20, 2014 post on the Voices in Bioethics Newswire, the rise in implementation of Targeted Regulation of Abortion Providers (also known as TRAP laws) has diminished the availability of abortive services in several states, resulting in a detrimental impact on women’s health. Over 200 abortion restrictions have been enacted throughout the country since 2011,[1] leading to the closure of more than 73 abortion clinics.[2]

It is not surprising then that this trend has left women with little recourse when it comes to taking charge of their own reproductive health decisions. And nowhere is this becoming more evident than in South Texas, where women have begun to avoid medical clinics altogether and are now turning to a “revolutionary”abortion pill known as misoprostol. Miso, at it is commonly called, works by inducing a miscarriage during the early stages of pregnancy, and it has long been considered a “lifeline”by Latin American women living in countries where abortions are outlawed.

A piece written by Erica Hellerstein and published on June 27th in The Atlantic details how misoprostol went from being an over-the-counter ulcer medication sold in Brazilian pharmacies to being the “magic personal solution to a dreaded problem that dared not be discussed.”Beginning in 1986, Brazilian women sought a safe alternative to the grisly procedures and complications of underground abortions, which were a byproduct of its criminality and religious admonition. Upon realizing the desired effects of miso on pregnancies, the word spread throughout Latin America, and doctors were noticing a dramatic decline in the number of women coming into hospitals suffering from the horrific medical effects of botched, sloppy abortions. With heavy restrictions being placed on the drug since the discovery of its popularity in the early 1990s, miso has become prevalent in the black market trade and is often sold for up to $60 a pill. The fact that miso can be attributed to nearly half of Brazil’s one million annual abortions goes to show that women in Latin America have welcomed it as a safer option. This brings us to the situation in Texas, where the restrictions of House Bill 2 –signed this past October –have shut down 12 of the state’s 40 abortion providers, leaving many low-income, uninsured women without access to abortive services. This is most notably the case in the Rio Grande Valley, where both of the county’s clinics were forced to close due to the legislation. Taking their place are local flea markets and vendors who secretly sell miso on account of it only being available with a prescription in the United States. The drug supply is usually smuggled in from Mexico, where miso is sold over-the-counter as an ulcer medication, and women will continue to look for it in the black market along the border, Hellerstein’s article indicates, as long as the clinics remain closed.

In an effort to meet their anti-abortion agenda, lawmakers have essentially propagated the perfect conditions for a black market: one that should not exist in a country where the law protects a woman’s right to abortive services. Lawmakers justify the passage of TRAP laws by assuring their constituents that the laws are meant to protect the welfare and health of women. Yet, the laws seem to be having the direct opposite effect by forcing women on the lower end of the socio-economic spectrum –those who cannot make the 150-mile trip to the closest open clinic –to turn to dangerous alternatives. Although misoprostol can be 80-85 percent effective at inducing the desired miscarriage, vendors and consumers are rarely informed of the necessary dosage, which leads to improper use and negative outcomes. Furthermore, recent crackdowns in South Texas have left vendors hesitant about selling the drug. If women are desperate enough and cannot find the drug, then the only other options are to self-induce abortion or to travel across the border into Mexico and get clandestine abortions, both of which are unhygienic and unsafe. Yet another twist in the situation is the unescapable fact that many women in South Texas are undocumented, and in order to reach the nearest abortion provider they would have to pass an immigration checkpoint. This only adds to their desperation and urgent need for misoprostol.

It should also be noted that another strict provision of House Bill 2 has yet to go into effect. This portion requires that all abortion providers conform to the standards set for ambulatory surgical centers— a requirement that is expected to be too costly for many providers and will leave the whole state of Texas with a total of six abortion providers. One can only assume that this development will lead down two roads: either women will be forced to look underground or in neighboring Mexico for abortions, or misoprostol will take root and thrive in the flea markets of South Texas. If the former is true, then health care providers in emergency rooms will be inundated with cases of gruesome complications due to unsafe abortions, and the health of thousands of women will be put in jeopardy at the expense of political gains. If the latter is true, then the phenomenon of “do-it-yourself”abortions prevalent in Latin America will cross the border and create a state of affairs that Texas will be ill-equipped to handle.