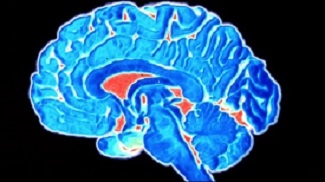 An article recently published in the Journal of Medical Ethics and open to the public is calling necessary attention to the clinical approach of treating patients in permanent vegetative state (PVS) and minimally conscious state (MCS) in the United Kingdom.[1]

The administration of artificial nutrition and hydration (ANH) is a central element of caring for patients with severe brain injury, for it allows physicians to keep the patient alive while exploring other treatment options. Unfortunately, it is most often the case that these other options are unsuccessful in improving the patient’s condition, and after a period of 12 months, it is very unlikely that the patient will ever regain full consciousness. For many families, this exhaustion of viable alternatives means that the next step is to ensure that the patient is able to die peacefully and mercifully.

As it stands in the UK, the only legal method of ensuring death for the patient is through the withdrawal of ANH. Additionally, what distinguishes the situation in the UK from that in the United States is that – under British law – the withdrawal of this life-sustaining treatment must be approved by the courts, and relatives of the patient – unless specified in an advanced directive – “do not have a deciding voice on this (or any other) treatment decision for an incapacitated adult family member”[2]. Therefore, it is up to the attending physicians to make the clinical decisions based on the best interest of the patient, taking into account what the patient would have wanted. This leaves the patient’s family without much recourse other than to accept withdrawal of ANH as the only solution, and watch as their loved one suffers a long, slow death.

This is where the research study by Professors Celia and Jenny Kitzinger has the most to offer. Whereas previous scholarship on the issue in the UK have centered on the philosophical, medical, and legal ethicality of withdrawing ANH from PVS/MCS patients, this study centers on the perspectives of the families who have experienced this first-hand. By interviewing 51 individuals, the researchers were able to see that many yearned for a less distressing and more “merciful way of allowing people to die”[3]. Many interviewees could not bear the thought of seeing their family members essentially starve to death as the ANH was withdrawn, thinking that such treatment could only be described as “barbaric”, “cruel”, and “unacceptable”[4]. The prevailing opinion among most of the interviewees was that a kinder and more compassionate way of seeing their loved ones die would be through terminal sedation or some kind of lethal injection.

It is important to note that euthanasia and assisted suicide are illegal under British law, punishable with a maximum penalty of up to life imprisonment,[5] and it is easy to see how the use of a lethal injection to deliberately end the patient’s life can be construed as active euthanasia. Thus, it would have to overcome the legislative hurdle of becoming legal in order to be considered a viable option for the patients and their families.

Terminal sedation, on the other hand, takes on a different role. When coupled with the termination of medical treatment, terminal sedation is widely accepted as a moral action, for it does no more than to ease the symptoms and suffering associated with the patient’s illness. Terminal sedation is not meant to end a person’s life or hasten their death; it is meant to ease the process of dying.  In the case of the PVS/MCS patient, the sedation would ensure unconsciousness so that ANH can be withdrawn, and the patient can die peacefully. This may comfort and relieve the fears of the family members of a PVS/MCS patient, but it does not negate the fact that withdrawal of ANH would still be a necessary step to cause the patient’s death. Consequently, family members will still have to consider the withdrawal of ANH in order for terminal sedation to be utilized in the dying process; and this is something that the research data show many families are unwilling to do.

The authors hope that this article, in sharing the lived and real experiences of families who have gone through the ordeal of having a family member in a vegetative or minimally conscious state, will contribute to the philosophical debate surrounding the withdrawal of ANH and the full ethical consideration of other methods of bringing about the death of PVS/MCS patients.

Full article in the Journal of Medical Ethics