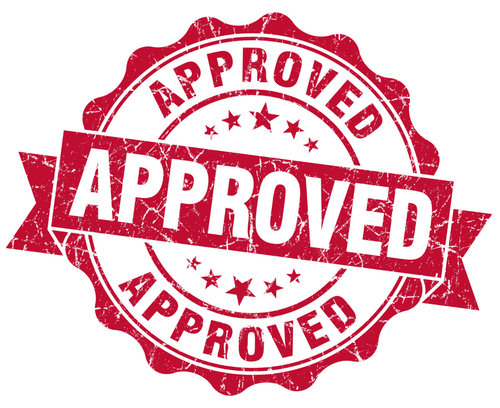 Earlier this month, Johnson & Johnson (J&J) announced that it will create an independent panel to review compassionate use requests and determine how the company should respond.[i] This announcement, which comes after high-profile social media campaigns and the growing popularity of the “Right to Try” state laws, may have provided a path forward to enable the dying to pursue potentially promising, experimental treatments. According to Dr. Caplan, whom J&J has appointed to lead this panel, “It used to be you would call your local news and try to beg them to cover you. Now you build this giant Twitter thing and you make the media come to you.”[i] These new platforms to pressure drug companies may finally be the catalyst to change the way they respond to patients’ request for experimental medicines.

The issue of compassionate use has come a long way since the AIDS epidemic of the 1980s, when the Food and Drug Administration (FDA) set up a process, called expanded access, to help patients obtain the experimental antiretroviral drug, AZT (azidothymidine).[ii] Since its inception, the program has been a pathway for patients who have exhausted all treatment options to access investigational therapies outside of formal clinical trials. But the program has been quite controversial. In May 2006, the Abigail Alliance won an appeal suing the FDA on the grounds that patients have a constitutional right to access experimental medicines without permission from the FDA.[iii] The case was resolved when the Supreme Court declined to hear it, stating that patients do not have a right to obtain "a potentially toxic drug with no proven therapeutic benefit.”[iv]

Since the ruling, there have been a number of other efforts to sidestep FDA approval in the pursuit of investigational drugs.[v],[vi] None have been more successful than the “Right to Try” measures proposed by the Goldwater Institute, which empowers states to allow terminally ill patients to access experimental therapies without FDA approval.[vii] Supporters argue that FDA involvement introduces unnecessary obstacles that overly complicate the process and discourage patients and physicians from applying. The popularity of this proposal is evidenced by the more than 20 states that have introduced “Right to Try” bills since 2014.[viii]

However, critics of the bills have emphasized that drug companies, as opposed to the FDA, are the major roadblock to drug access under compassionate use.[i] The FDA cannot compel a company to give a desired drug, but has worked to decrease barriers for those seeking compassionate use. In 2014, the FDA approved 99.5% of nearly 1900 expanded access requests,[ix] and this year is taking steps to streamline the application process by making its website more user-friendly and introducing a simplified request form.[x] According to Patti Zettler, a former FDA associate chief counsel and current fellow at the Stanford Law School Center for Law and the Biosciences, “The FDA is not the obstacle to access. These laws aren’t doing anything to address understandable obstacles that companies face when a drug is requested.”[xi]

This shortcoming is exemplified by a recent social media firestorm that resulted in the ousting of Chimerix’s former CEO, Ken Moch.[xii] In 2014, Chimerix garnered national attention after denying Josh Hardy, a 7-year-old boy, access to brincidofovir (CMX001), an investigational antiviral drug that his doctors believed could cure his life-threatening infection. Josh’s family launched an aggressive social media campaign that bombarded the small drug manufacturer. However, Chimerix’s decision is not out of the ordinary. Small companies like Chimerix often lack the resources to balance the demands of lengthy and expensive clinical trials with the demands of patients fighting for compassionate use. Josh would eventually receive the treatment through a small 20-patient clinical trial, but many others in his situation are not so lucky. “Right to Try” laws fail to address this reality. In the words of Dr. Caplan, they are “pathetically inadequate.”[xiii] FDA is no longer the problem, but it is not a simple matter for drug companies to handle compassionate use requests. According to Ken Moch, “We need guiding principles, but we don’t have them. The laws don’t address this. So companies are left as the ultimate arbiters.”[xii]

J&J’s announcement of an independent panel may be a promising move toward better handling expanded access requests. According to Dr. Caplan, “If we could structure this right, this would be a chance to not just complain about what’s wrong, but maybe to suggest a way forward.”[i] The panel will consist of clinicians, ethicists, and patient advocates. It will be funded by J&J, but the company will have no influence on the panel’s decisions. However, the creation of this panel begs the question: How will these requests be evaluated? So far, this critical question has yet to be answered. Nonetheless, the move by the large pharmaceutical company may entirely change the way compassionate use is handled in the United States. While it is difficult to tell if this will be for the better, it is a refreshing idea in the ongoing struggle of improving access to experimental therapies for the terminally ill. To get it right, we need to continue the dialogue and debate.