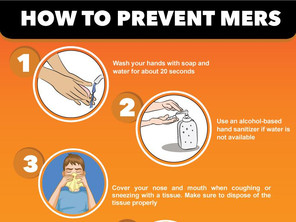 On the heels of the Ebola outbreak, the globe is confronting another potential pandemic – the Middle Eastern respiratory syndrome (MERS) virus. With reported cases now reaching at least 26 countries[i] and the death total climbing towards 500,[ii] MERS has surfaced to international attention since its initial outbreak in Saudi Arabia in 2012. In particular, the global scale of this infectious disease has moved the scientific community to antagonize big pharmaceutical companies for not developing a vaccine.[iii]

However, is the attention on the need for a vaccine truly warranted? Below are three critiques for why a MERS vaccine is not necessary.

Vaccines are incredible public health tools for combating infectious disease. However, they are not a silver bullet. Public health preparedness for infectious disease requires a comprehensive strategy for prevention and mitigation. According to the WHO’s International Health Regulations Emergency Committee, the MERS outbreak in South Korea is a “wakeup call.”[xv] The main factors contributed to the rapid spread of the infection included a lack of awareness among health workers and the general public about MERS, poor prevention and control measures, crowded emergency rooms, infected patients seeking care at multiple hospitals, and the custom of allowing many visitors to be at the bedside of patients. A vaccine cannot fix these problems.

In response to the outcry from the scientific community that “there’s no excuse for our lack of a MERS vaccine,”[xvi] I argue that their emphasis is misdirected. I believe there are two virtues that offer valuable insight into the issue. The first is responsibility. What MERS has highlighted is that there is no excuse for ill-prepared, unequipped, and underfunded public health systems. While pharmaceutical companies may have a moral obligation to develop life-saving medicines, the burden of responsibility falls on national and international officials to protect its citizens. In this case, pharmaceutical companies should not be held responsible, but the public health systems and officials that have failed their citizens.

The second is prudence. While vaccines are often the most cost-effective intervention to combat infectious disease, not all infectious diseases warrant a vaccine. The evidence supporting immunization is skewed by vaccines that have brought seven major diseases under control – smallpox, diphtheria, tetanus, yellow fever, whooping cough, polio, and measles.[xvii] The smallpox vaccine alone prevents five million deaths a year. With fewer than 500 deaths globally over 3 years, MERS is simply not in the same category. Currently, the big three diseases – HIV/AIDS, malaria, and tuberculosis – claim millions of lives annually and neglected tropical diseases affect more than a billion individuals. The limited resources available for global public health investment should be focused on those causes. Additionally, it is estimated that less than one percent of microbes have been identified by scientists.[xviii] It will not be feasible to develop a vaccine for each and every deadly pathogen that arises in the future.

I believe the 2002-2003 SARS outbreak provides an optimistic outlook to end on. In as fast as it gripped the world, SARS was virtually eradicated as a threat and without a vaccine.[xix] If those responsible take ownership over their mistakes and the international community prudently invests in protecting its citizens from infectious diseases, it may be possible for MERS to have the same fate.