A central goal of TCP is to respond to the ethical, political, and material stakes of citational practice by intervening specifically at the site of pedagogy. The pedagogical resources collated here resonate across disciplines and are united by a common commitment to principles of critical feminist pedagogy. Equipping instructors with the tools to teach citation through a critical feminist framework, TCP aims to help users identify and challenge dominant structures of knowledge, intellectual genealogies, and academic narratives. In turn, TCP works to develop and promote citational practices that meaningfully legitimize excluded, overlooked, and non-traditional sources and scholarship. As well as empowering instructors, these teaching resources empower students to see themselves and each other as critical, active participants in the production of knowledge and the formation of a more just intellectual community.

Here we offer a provisional description of our overarching framework, “critical feminist pedagogy,” by situating it in relation to two other intersecting areas of pedagogical theory: critical pedagogy and feminist pedagogy. We acknowledge that this definitional work is an ongoing process: one of the goals of TCP is to stimulate collective dialogue about what “critical feminist pedagogy” looks like in practice, and particularly in the context of teaching research and citation.

“Critical pedagogy” challenges and empowers students to unveil and critique structures of oppression and relations of power. Critical pedagogy thus also interrogates and promotes self-reflexivity in pedagogical relations between teacher and students. In Pedagogy of the Oppressed, for example, philosopher of education Paulo Freire (2018) mobilizes critical pedagogy to critique what he calls the “banking concept of education,” whereby “knowledge is a gift bestowed by those who consider themselves knowledgeable upon those whom they consider to know nothing. Projecting an absolute ignorance onto others, a characteristic of the ideology of oppression, negates education and knowledge as processes of inquiry” (Freire, 2018, p. 72). An overarching premise of critical pedagogy is that “critical consciousness” (to use Freire’s term) of the relations between oppressor and oppressed represents one step towards the practice of dismantling these oppressive relations and transforming the world.

“Feminist pedagogy” describes a theory and practice of teaching that is underpinned by feminist values and praxis. Feminist pedagogy might, for example, follow the work of Black feminists and feminists of color (e.g. Ahmed, Gloria Anzaldúa, bell hooks, Audre Lorde) in encouraging students to draw on their embodied experiences as a means for producing knowledge about society and power. A single and stable definition of feminist pedagogy, however, is difficult to formulate because, in reality, there are and have been multiple “feminisms.” The recent uptick in exclusionary feminists (e.g. the “gender-critical feminist” or “trans exclusionary radical feminist, or TERF”) urges us to be vigilant in continually interrogating and reassessing what we mean by “feminism.” Enter, “critical feminist pedagogy.” 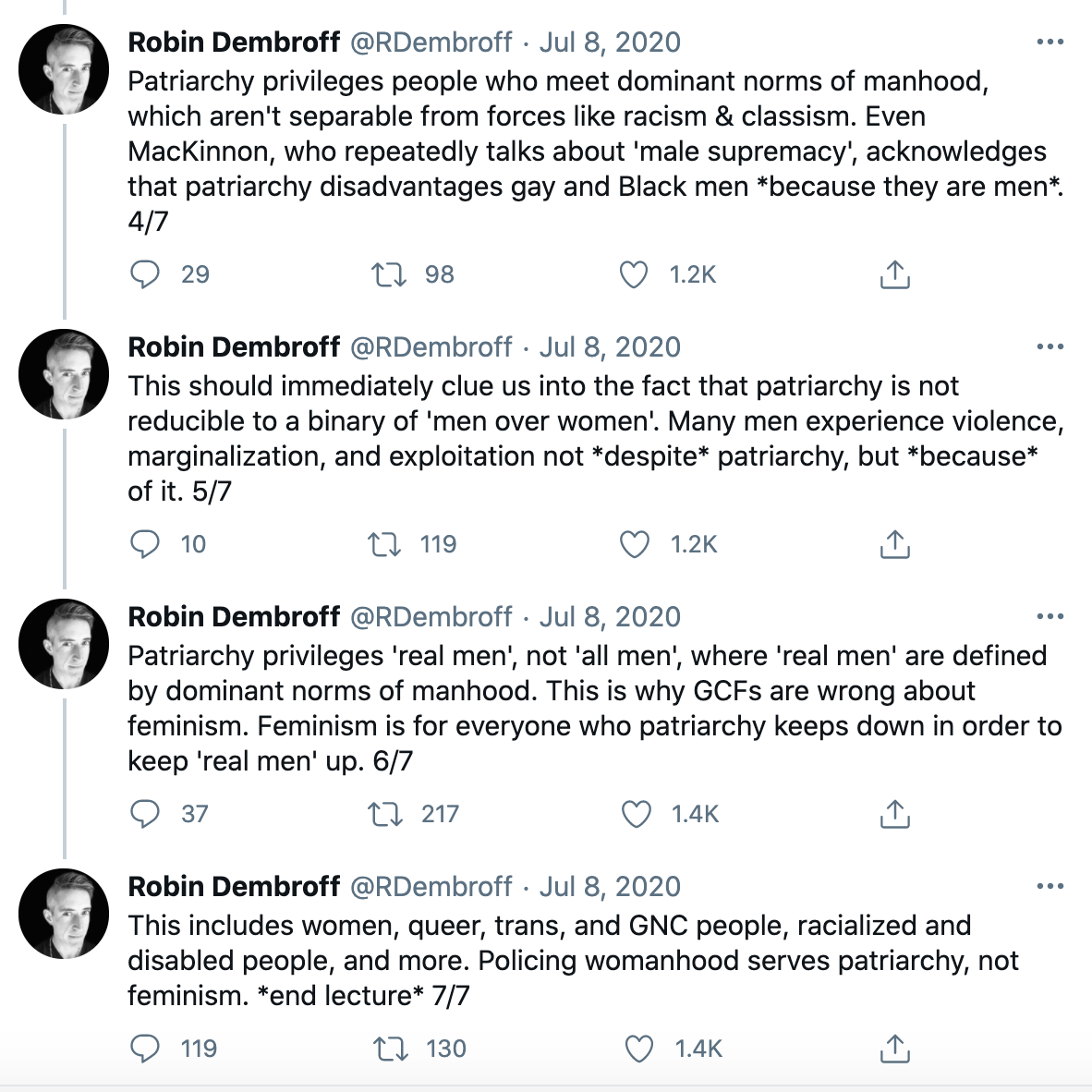 “Critical feminist pedagogy” (CFP) describes a theory and practice of teaching that both is underpinned by feminist values and praxis and is critical of its own feminist praxis. As we understand it, the “feminism” of CFP is fundamentally intersectional, a term that legal scholar Kimberlé Crenshaw coined in 1989 to account for the racist and misogynist discrimination experienced by Black women historically and in contemporary U.S. society. Critical feminist pedagogy asks how elements of race, class, gender, sexuality, ability, and other characteristics intersect and contribute to patriarchal structures of oppression and knowledge (including those that underpin the institution of academia and normative pedagogical practices). As part of the work of dismantling patriarchy, critical feminist pedagogy encourages students to unveil and critique patriarchy as a hydra whose many heads include interlocking elements of misogyny, racism, classism, heteronormativity, cisnormativity, ableism, Eurocentrism, and so on.