An Atomic Catch 22: Climate Change and the Decline of America's Nuclear Fleet 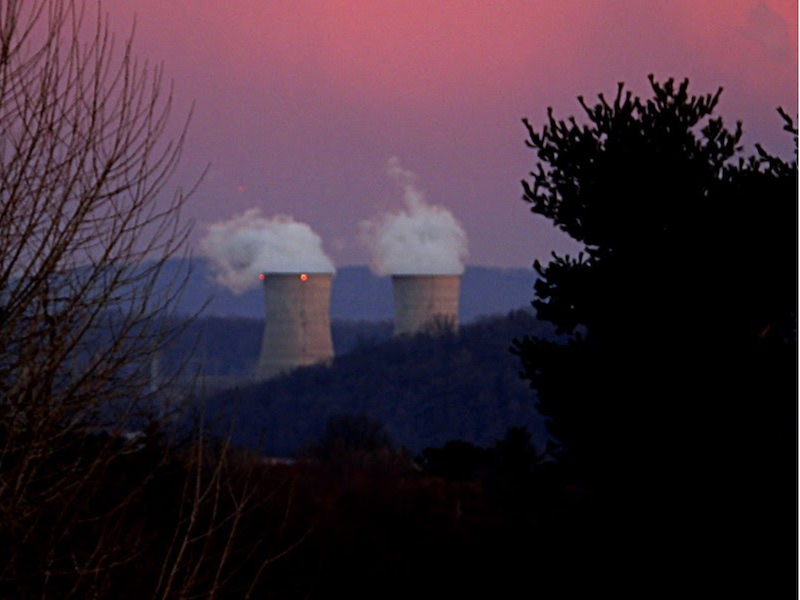 Just outside of Harrisburg Pennsylvania lies the shuttered hulk of America’s most infamous nuclear power plant, Three Mile Island. The site of a commercial nuclear accident in 1979, the worst of its kind in American history and an event which helped spark much of the modern anti-nuclear movement, Three Mile Island ceased operations last year. The closure came from a mixture of political opposition and something far more benign: simple economics. Nuclear energy in the United States has become deeply unprofitable in the last decade, driven by a combination of aging infrastructure and other sources of electricity like renewables and natural gas simply becoming cheaper to build and operate. While some in the environmental community may cheer this decline, others are concerned. Love it or hate it, nuclear plays a unique role in the American electric sector, one for which we currently have no market-ready replacement, and its decline will likely make other environmental issues, particularly climate change, harder to solve.

Since the first American commercial nuclear power plant opened in Pennsylvania in 1958, nuclear energy has played a key role in the American energy sector. Currently providing approximately 19% of American electricity generation, nuclear energy is not only a zero-carbon energy source, but it is America’s leading zero-carbon energy source, generating more electricity than all renewable sources combined in 2018. Nuclear energy is also an important source of what is known as “baseload power”, or the minimum amount of electricity that is needed by the grid at any given time. Since reactors are very hard to shift up and down in their output and to turn on and off, they make an ideal source of baseload power for the grid – nuclear reactors can, and in some ways must, run at the same level regardless of outside factors. The difficulty with replacing nuclear energy is that we lack a strong, cost-competitive, alternative source of zero-carbon baseload energy. We have cost-competitive sources of zero-carbon energy, like wind and solar, but they tend to be intermittent. We have cost-competitive sources of baseload power like natural gas, but they come with higher carbon emissions than nuclear. The critical role of non-intermittent baseload sources to a reliable grid was illustrated by a recent paper that found that having just five percent of electricity sources stay constant, as nuclear does, will halve electricity prices when compared to relying fully on wind and solar, even when the latter is paired with battery storage.

We are in an election year. Along with everything else that is at stake, this election may very well be the election that determines if the American nuclear industry lives or dies. The current administration has repeatedly expressed support for the nuclear industry, increasing spending on reactor research and development and attempting to change rules in the Department of Energy to return nuclear energy to market parity. Joe Biden, the presumed Democratic nominee, also supports increased reactor R&D, but is silent on the future of current American reactors.

Such silence is understandable. Many Americans have lived through multiple nuclear accidents, like Chernobyl in 1986, Fukushima in 2011, and, of course, Three Mile Island. In addition to the potential for such large-scale operation accidents, there is the environmental cost of uranium mining and the dangerous state of American nuclear waste storage. The fact remains, however, that given nuclear’s role as a reliable source of zero-carbon baseload power, the decline of American nuclear power may not be something we can afford just yet. The Pathways to Deep Decarbonization Project (DPCC), a global climate change policy research consortium, has selected decarbonizing electricity as one of the three main pillars necessary to fight climate change. In order to do so, the Project anticipates that the amount of energy generated from nuclear sources will have to grow, not shrink—a daunting prospect, given that existing American reactors are all projected to retire by the 2050s and new reactor construction is prohibitively expensive.

Confronted with the conundrum of no longer profitable nuclear plants, ambitious environmental goals, and the grid’s inherent need for reliable baseload power, governments have implemented many differing policies. Some, like Vermont, have simply allowed their nuclear plants to close, although carbon emissions rose after the Vermont Yankee nuclear power plant shut down and was replaced as a source of baseload power by natural gas plants. Others, like New York and Illinois, have offered “zero-emissions credits” as a subsidy to keep their nuclear plants open, in recognition of nuclear’s contributions to both states’ climate goals. At the federal level, policies in support of nuclear energy have focused on subsidies for new reactor construction and research and development into new types of nuclear technology, such as smaller and more cost-effective reactors. It is unclear, however, how effective current federal policy is, given that companies have been bankrupted by the cost of building new reactors and new reactor technology may not be deployable in time to make a meaningful impact on the climate crisis.

If research from the DPCC, the National Resources Defense Council, and the U.N. is correct, nuclear power has a critical role to play to decarbonizing electricity generation in the fight against climate change. If nuclear power is to have a viable future in the U.S., however, it will have to contend with several factors. First and foremost is the lack of profitability of current reactors, for which direct subsidies is likely the most effective remedy, since they can be implemented immediately and operate within existing physical and market infrastructure. The second critical issue is the dismal state of American nuclear storage, which was highlighted in 2017 when an explosion caused by kitty litter shut down the country’s largest nuclear storage facility. For an idea as to what a successful nuclear-inclusive future might look like, one need look no further than France, which generates over 70% of its energy from nuclear plants and recycles nuclear fuel. This recycling practice was banned by the U.S. over security concerns in 1977, but is practiced at some level in Britain, Japan, India, and Russia. One could easily see some of the millions of dollars the U.S. currently directs into subsidizing new light-water reactor construction, which increasingly looks like a losing proposition, redirected into funding a fuel recycling pilot project. Some combination of these policies could serve as a bridge solution until new reactor technology is market deployable. However the United States chooses to deal with the numerous challenges around nuclear power, one thing is clear: the challenge of fighting climate change is far greater, and letting the nuclear industry continue its decline will make meeting that challenge much harder.