Colonialism and the Pacific Diabetes Epidemic

The average American might imagine the Pacific Islands to be filled with sunshine and blissful vacation spots, however there is an ongoing and unrecognized health crisis. Across thousands of islands scattered in the Pacific Ocean, millions of people are struggling from a debilitating diabetes epidemic. The World Health Organization (WHO) has alarmingly revealed that on average half of the population in 10 Pacific Island countries is overweight, with some countries even reaching up to 90 percent. In American Samoa, an unprecedented 80 percent of women are obese. Because of nutritional deficiencies, the prevalence of diabetes ranges from 14 to 47 percent, compared to only 13 percent in the mainland United States. The US already considers its current diabetes prevalence an epidemic; if we had the statistical levels of these Pacific Islands, we would be in a state of emergency. Yet, the crisis in the Pacific has gone on with little public attention. The effects of poor health conditions–cardiovascular disease, diabetes, hypertension, and other non-communicable diseases–are responsible for up to 75 percent of all deaths across the Pacific.

Why are the islanders so affected? Ethnicity plays a huge role. According to the Centers for Disease Control, peoples from the Pacific Islands are genetically more susceptible to diabetes than Asian or white people when controlled for activity, income, and lifestyle. Pacific Island populations are believed to have a “thrifty gene” that historically predisposes them to have slower metabolisms, perfect for enduring long sea voyages but disastrous in the modern age. Moreover, economic incentives on the islands have replaced traditional diets of fish and vegetables with cheaper processed foods imported from abroad. Undesirable food products that wealthy nations do not consume are redirected to many of the islands. In 2018, 245 million turkey tails produced in the United States never reached the dinner plates of Americans. Since the 1950s, poultry retailers have instead trafficked turkey tails, oily glands that are 75 percent fat, to the Pacific. This foreign and unhealthy food is widespread throughout the islands. The negative health effects from the leftovers of wealthy nations became so rampant that Samoa banned all turkey tail imports in 2007. 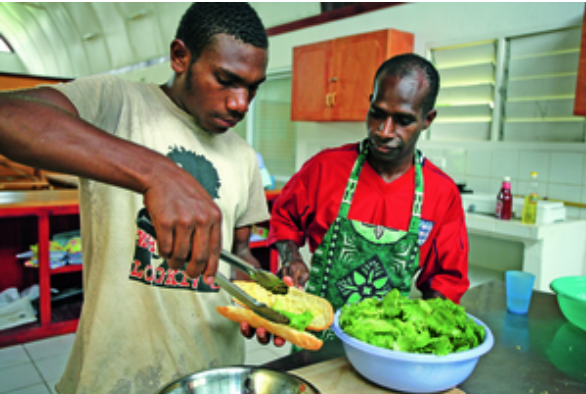 Others see cultural differences as the root of the current crisis. Dr. Temo Waqanivalu, an officer at the WHO Department for Prevention of Non-communicable Diseases and a Fijian native, argued in a CNN interview, “In Polynesia the perception of ‘big is beautiful’ does exist, [but] big is beautiful, fat is not. That needs to get through.” This indictment against Pacific cultures is neither productive nor entirely accurate. While various factors now compound the diabetes epidemic in the Pacific, its historical origins have set the stage for today’s current catastrophe. Pacific Islanders are people indigenous to three regions of the Pacific Ocean–Melanesia, Polynesia, and Micronesia. In a recent New York Times article, Dr. Alvaro Montenegro, a climatologist at Ohio State University, explains that approximately 3,400 years ago, people left the Solomon Islands and crossed up to 2,000 miles of open ocean to settle in these three regions. While islanders have lived in these areas for thousands of years, it is only recently that Europeans “discovered” them. Colonizers from around Europe arrived in the Pacific Islands between the 16th and 18th centuries. By the early 20th century, the islands were predominantly under Japanese, American, and British control; some managed to gain independence, others retain their colonialist past as unincorporated territories.

Foreign diets, illnesses, and economic practices were imposed on the islanders, disrupting native lifestyles, traditions, and even languages. These colonialist practices continue to detrimentally affect islanders. Infamously, the United States tested nuclear weapons in the Marshall Islands from 1946 to 1958, which today is 10 times more radioactive than Chernobyl. According to a UN Human Rights Council Report, Marshallese people have been put at increased risk of cancer, thyroid complications, radiation poisoning, birth defects, psychological trauma, and many other health issues. Women and children are disproportionately impacted due to disruption of menstrual and reproductive cycles, potentially radioactive breast milk, still-births, stunted childhood growth, and congenital birth defects. The abuse of power of the colonialist machine that led to these horrible infringements on human rights continues to rob Marshallese people of their right to health. 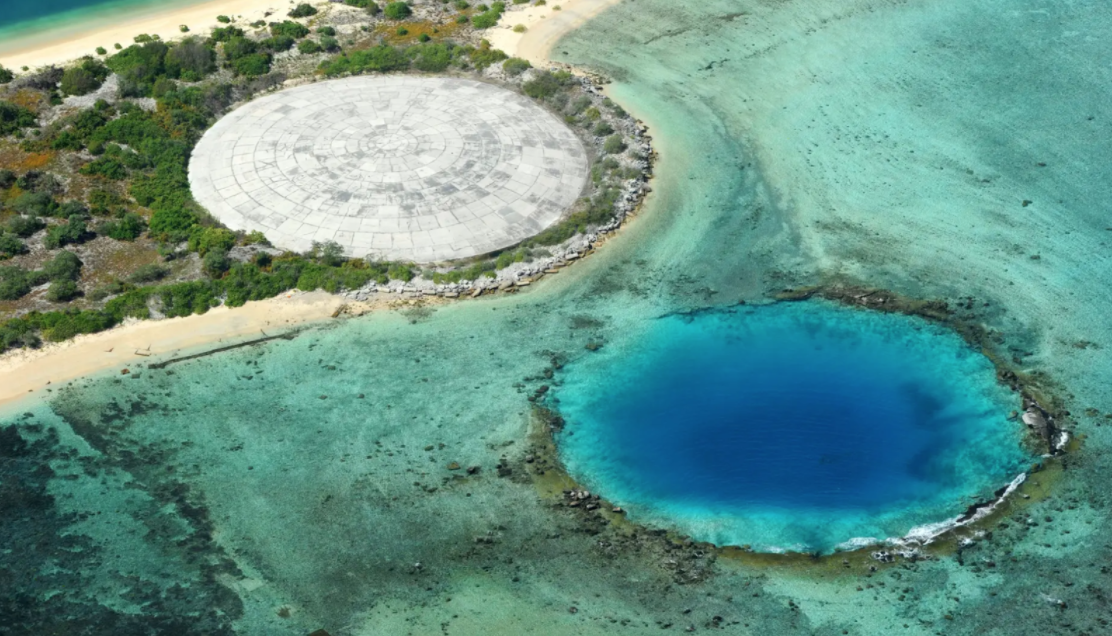 The right to health is now infringed across the Pacific Islands through a diabetes epidemic perpetuated by colonialist attitudes and mystified by shame. To blame the immediate health crisis on the stereotypical “big is beautiful” tendencies of an entire ethnicity shifts the locus of accountability from a complex system to the individual. In other words, it is not what we collectively have done wrong, but what you as a person have done wrong, a pivot embedded in the toxic shame culture surrounding the human body. Diabetes and thyroid cancer were both consequences of colonialist expansion. Why does only one deserve our sympathy? Why is the diabetes epidemic not considered an infringement of the right to health?

It’s because of weight stigma. Weight stigma is the idea that shaming overweight individuals will motivate them into conforming to Western beauty standards. Multiple studies have shown that North Americans display negative biases towards obese individuals, associating them with laziness, low income, poor willpower, and non-compliance with weight loss measures. The effects of weight stigma are both psychological and physical, and the millions of deaths in the Pacific prove it to be an ineffective and immoral public health tool. This epidemic can no longer suffer from this stigmatization—too many lives are at risk. In the words of W. E. B. Du Bois, “A people thus handicapped ought not to be asked to race with the world, but rather allowed to give all its time and thought to its own social problems.” Solutions to this diabetes epidemic should take into account the historical injustices of colonialism. Every person, no matter their origin, has the right to health.