Life After Coal: The Decline and Rise of West Virginia Coal Country 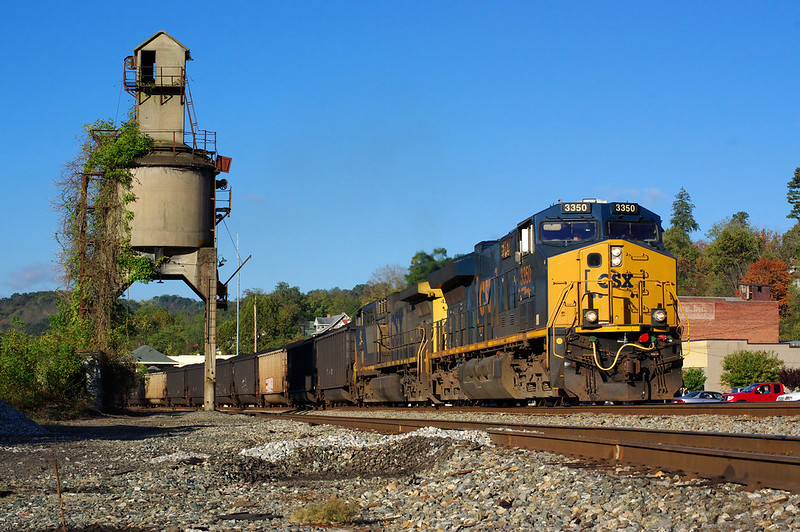 In the West Virginia coalfields – on the edge of which my aunt and uncle live and where I spent holidays and vacations as a kid – the economic mood ranges from depressed to apocalyptic. At one point, more than 100,000 West Virginians worked in the mines that produced well-paying jobs and gave people money to spend. That money spilled over into other sectors: retail, construction, and education to name a few, and was the backbone of the state’s economy. Now, fewer than 20,000 locals work in these mines, and the jobs that do exist pay far less than they used to, thanks to successful anti-union actions by coal companies. As a result, a region that once boomed along with human consumption of fossil fuels is now littered with shuttered mines, shuttered storefronts, and shuttered dreams.

The human cost of this decline is all too apparent. Coal counties in Appalachia suffer high rates of heart disease, obesity, smoking, diabetes, and opioid abuse, leading them to have some of the lowest life expectancies in the country. West Virginia has the highest rate of drug abuse, and thousands of residents have died from overdoses in recent years. The link between declining coal employment and drug abuse is clear. Bill Raney, President of the West Virginia Coal Association, is quoted as saying:

“Job losses and poverty are the fertile ground in which drug abuse grows . . . many of our people have simply given up looking for jobs. They have lost their homes, their cars, their dreams and their hope.”

Increased poverty also leads to increased obesity, since lower-income Americans often cannot afford healthy foods. Obesity, in turn, can lead to a cascade of other health conditions including high blood pressure, diabetes, cancer, stroke, mental illness, and heart disease. It is little wonder, then, that West Virginia has some of the highest rates of obesity and obesity-related illnesses in the country. Rising obesity and drug abuse have a fiscal as well as human toll, projecting to cost state and local government billions in healthcare and related expenditures. At the same time, declining coal extraction is cutting some counties’ tax revenues in half. All of these factors combine to create a downward spiral that has left the state’s governmental and healthcare finances in rapid decline, even before the arrival of COVID-19.

Amid all of this tragedy, however, there is hope. Across West Virginia, actors are coming together to collaborate on a combination of conventional and creative ventures that collectively offer the possibility of moving the state towards a brighter, and in many cases greener, future. Oftentimes, that means communities going back to the earth and investing in new agricultural production. In southeastern Summers County, not far from the Virginia border, Sprouting Farms is increasing year-round production of local produce, creating jobs while also increasing access to affordable, healthy food, helping to negate one of the main drivers of increasing obesity in the balance. Other recently founded specialty agriculture businesses include a local coffee company and a brand of locally grown hot peppers. The state is also leaning into industrial hemp production, with the number of licensed growers increasing from 24 to 178 in just three years.

With an electric grid almost entirely dependent on coal, the state has also begun to invest in renewable energy and the well-paying jobs that come with it. Just last month, the State Senate unanimously passed a bill to stimulate solar production. Highlighting how much the state’s economic vision has transformed, the bill’s primary sponsor was a former coal miner.

None of these efforts is an economic silver bullet. Indeed, their patchwork nature seems quite meager in the face of the desolation caused by coal’s decline. Such nature is a sign of the difficulty of transforming an economy almost entirely dependent on fossil fuels, especially when little planning or investment has been done on the state or federal level to help that transition. Instead, federal action has largely focused on axing environmental regulations in an effort to keep the coal industry afloat – an approach that has definitively failed. A more effective approach is exemplified by Colorado, which passed a bill last year that created a “just transition” office to design and implement policies to smooth the transition of coal towns to new economic priorities. Legislation from one state, and a handful of creative entrepreneurs in another, are only the start to what will undoubtedly be a monumental challenge. However, they also give hope, that in a future where ceasing fossil fuel production is an ecological and moral imperative, change is possible, and despair is not entirely necessary.

West Virginia, Kentucky, and other coal-reliant states serve as cautionary examples for states with similar economic circumstances about what happens when those once-booming industries go bust. What that decline can look like was all too apparent in my last visit to West Virginia, when I saw more abandoned houses and shuttered storefronts than ever before. States that are dependent on fracking and the shale gas boom, like North Dakota, should take note, especially given the threat that declines in oil prices pose to the future of fracking. As some of the above examples demonstrate, however, it is possible for areas formerly reliant on fossil fuel extraction to reinvent themselves and remain relevant in a decarbonizing economy. For West Virginia, ignoring the need for that transition for too long has resulted in unnecessary pain. Other states would be wise to take heed and begin investing in a carbon-free future as soon as possible.