COVID-19 and Biodiversity Loss: How Destruction of the Environment is Creating a Wave of Pandemics 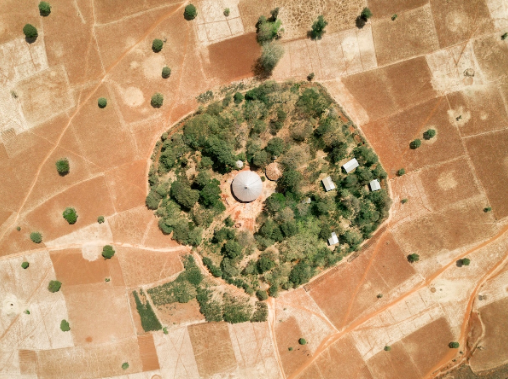 The devastating effects of the COVID-19 pandemic has left us all wondering: What have we done wrong to create a global catastrophe, with over one million deaths? The general public has been focusing on explanations related to the immediate present- that we have not taken the right precautions in social distancing or have not been testing the population thoroughly. But humans have had a long history with disease, and there is another long term cause of not just this pandemic, but the increased number of pandemics. Although COVID-19 has hit us the worst, it is only one of the many pandemics that have struck the globe in the last twenty years. So what is the long term cause of disease spreading? Perhaps the connection does not appear directly, but it lies in how urbanization, human economic development, and a societal shift toward environmental apathy have destroyed our interactions with the natural world.

The human relationship with disease has been divided into three transitions. The first marks the shift from foraging to agriculture. Prior to the advent of agriculture, our Paleolithic ancestors encountered novel patterns of disease as they moved into new ecological niches. However, the mobility, small size, and low density of the human population prevented large disease outbreaks. But the shift to a sedentary lifestyle after the agricultural revolution caused a burst in population density and domestication of animals that served as disease reservoirs. This led to increased exposure to disease vectors and contributed to the spread of infectious disease. In contrast, the second transition in the last 100 years is characterized by a decrease in infectious diseases, a result of higher standards of living and improved medical treatments. But now, we enter the third and last transition in this model. It is characterized by the continued prominence of chronic, non-infectious disease augmented by the re-emergence of infectious diseases, many of which are new. The question now becomes: If we have made so many advances towards healthcare disease treatments, why have we regressed to a state similar to, or perhaps worse than, the first transition?

One answer to this question is a mass trend towards globalization and urbanization unlike that which existed 500 years ago. The trends towards globalization, industrialization, and urbanization have led us to encroach on natural  environments, resulting in increased contact with wildlife that we would not encounter otherwise. A study published in April by researchers at Stanford University found that Ugandans who ventured into forested habitats to obtain wood and hunt had increased contact with primates, which in turn contributed to high spread of zoonotic disease. This increased contact is intensified as humans traverse into forested regions to obtain natural resources to fuel expansion and trade. Thus, the widespread contact between human communities and wildlife has left us prone to new diseases such as SARS.

Beyond just increased contact with wildlife, there is also habitat destruction. The goals of human society have changed over time to exploit natural resources to fuel aforementioned industrialization and development. Human pressure on biodiversity through land-use change resulting from agricultural expansion, logging, infrastructure development and other human activities is the most common driver of infectious disease emergence, accounting for approximately one third of all emerging disease events. Almost any technological change is bound to upset the ecological adjustment which developed in times of relative stability. These stressors disrupt the environment’s infectious disease dynamics by changing the species composition of ecosystems to favor opportunistic species that are more frequent zoonotic hosts.

It is important also to consider the severe inequality regarding who is most vulnerable to contracting these diseases as a result of human pressure on biodiversity. For instance, people who live or work in agricultural land in Southeast Asia are on average 1.74 times as likely to be infected with a pathogen than those unexposed. This is a result of exposure to palm oil, rubber, and non-poultry based livestock farming, leading to hookworm, malaria, and scrub typhus, among other diseases. It is extremely unfortunate that the individuals who have few resources to combat the diseases are most susceptible to end up becoming the greatest transmitters, particularly when large companies are the actors catalyzing this environmental destruction.

There is an incredible amount of evidence documenting the negative anthropogenic effects on the environment. So why is it that people are not taking action to stop it? Perhaps this can be attributed to how society today has become numb to the overwhelming destruction that we have generated over the years. Although it may seem counterintuitive, researchers at Stanford University found that people stop paying attention to a problem when they realize there are no easy solutions for it. This suggests that apathy towards the problem of environmental destruction and the ignorance of leaders towards environmental issues could stem from a lack of clear and quick solutions.

Considering the factors which amplify the occurrence of pandemics in the current context, such as increased contact with wildlife and destruction of the environment, we can see that they may be directly responsible for the intensity by which many countries such as the United States are heavily impacted by COVID-19. Although we cannot reverse the damage already done, we can take measures to prevent this catastrophe from recurring.

The first approach is to start creating communication strategies to ensure that the public understands the far-reaching impacts of ecological destruction. We can work to make this less overwhelming by realizing that there are still ways to halt the destruction. This communication would be most effective through large, interdisciplinary action groups that have the capacity to branch and complete this communication. This could fit very well with the Center of Disease Control’s policy of OneHealth, which works at local and global levels to “achieve optimal health outcomes with the interconnection of animals, plants, and humans in mind.” Currently they do not have active policy targeting communication, but this could be a step in the right direction.

In addition, it is critical that we begin changing policy to reflect a commitment to halting and reversing biodiversity loss. The OECD (Organization for Economic Cooperation and Development) is working to reform the biodiversity aspect of the Responsible Business Conduct (RBC) standards, which could be implemented as companies are now redesigning their operations to reflect COVID-19 changes. Government implementation of these standards could ensure that companies reconsider ecologically damaging actions. Another way that governments could curb further destruction is by setting requirements for COVID-19 stimulus packages to ensure that a part of the resources are used to support biodiversity and other environmental objectives. The European Union has done this by requiring thirty percent of their pandemic recovery package to be used to address climate protection, a key driver of biodiversity loss.

Regardless of our personal views towards the exploitation of natural resources, we should keep in mind that these actions have consequences that immediately impact the present. As individuals, we  can no longer push ecological disruption to the background of our minds. Governments must shape environmentally conscious policies and companies must incorporate sustainability in their business models. As long as we continue to destroy nature, nature will fight back.