For 22 years, Women and the Silent Screen (WSS), a biennial international conference sponsored by Women and Film History International (WFHI), has brought together researchers focused on women’s pivotal roles in the first decades of motion picture history. WSS has supported the creation of a new view of the film industries that demonstrates the centrality of women in economic and labor history, criticism, aesthetics, narrative development, film culture, and film production in a globalized world.

In June 2022, Columbia University in New York hosts WSS XI: Women, Cinema, and World Migration to highlight new scholarship connecting early cinema history to the migration and social mobility that caught up women globally when motion pictures arrived more than a century ago. We invite students, scholars, distributors, curators, and archivists from around the world to return to where the U.S. film industry began to explore how the new medium intersected with women’s movement across boundaries of gender, ethnicity, race, and class, considering occupational and national borders that excluded some women and welcomed others. For the first time, WSS XI features Jump Start, a platform for research sharing before the conference begins.

In Manhattan: Women, Cinema, and World Migration opens with an archivists panel and screening at the Museum of Modern Art on the evening of June 1 (Wednesday), and then continues June 2–4 (Thursday to Saturday), at Columbia University’s Lenfest Center for the Arts and Dodge Hall. Conference panels, workshops, short presentations, and plenary sessions will take up questions of migration and mobility in the context of the development of motion pictures as this relates to histories of women worldwide. 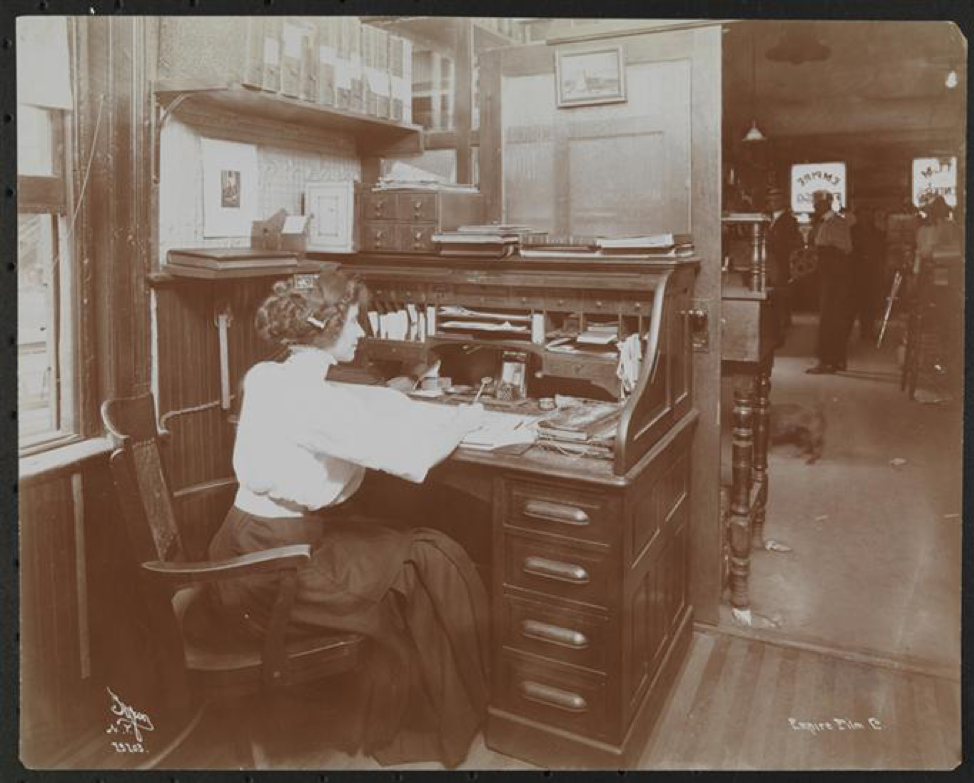 1. When New York Was Hollywood: Moving Up in the World
From the unique site of New York City, we figure questions of women and American film culture at its place of technological origin in West Orange, New Jersey, and adjacent to the legitimate theatre in Manhattan.  Industrious women are getting their chance to capitalize on the circulation of populations and possibilities within this bustling metropolis at this specific historical location. What does the movie theater become for an immigrant daughter of the tenements negotiating the customs of the old country and the new city? How does studying women like Marguerite Bertsch and Margaret Turnbull working in Ft. Lee, New Jersey, during its prime enlighten us about “how women worked” during the silent film industry? What role do Columbia University and Barnard College play in elevating movie-making to an academic discipline, with Frances Taylor Patterson teaching a course on “Photoplay Writing” and Alice Guy Blaché giving lectures on campus? How did New York make Hollywood?

2. International Serial Queens
Whether on the river bluffs of Ft. Lee, NJ, or in the heart of cosmopolitan Shanghai, women played integral roles in the production and popularity of the “cliffhanger” serials. How were women engaging with the action film heroines of the silver screen as they adventured through the city? Circulating globally, what do serial queens signify in different national contexts and how do local theatrical practices and genres, such as Hindi action films or Chinese martial arts, engender new iterations of serial queen stardom? WSS XI will feature Pearl White and her “imitators” in screenings that include her Chinese namesake White Rose Woo: The Valiant Girl Nicknamed White Rose / Nüxia Bai Meigui (Zhang Huimin, Huaju Film Co., China, 1929) and “lost” reels of The Perils of Pauline (Pathé, US, 1914), along with extant Danish, French, and Italian serial queen episodes. Our "International Serial Queens" program will feature the American Pearl White and the Chinese White Rose Woo (吴素馨). 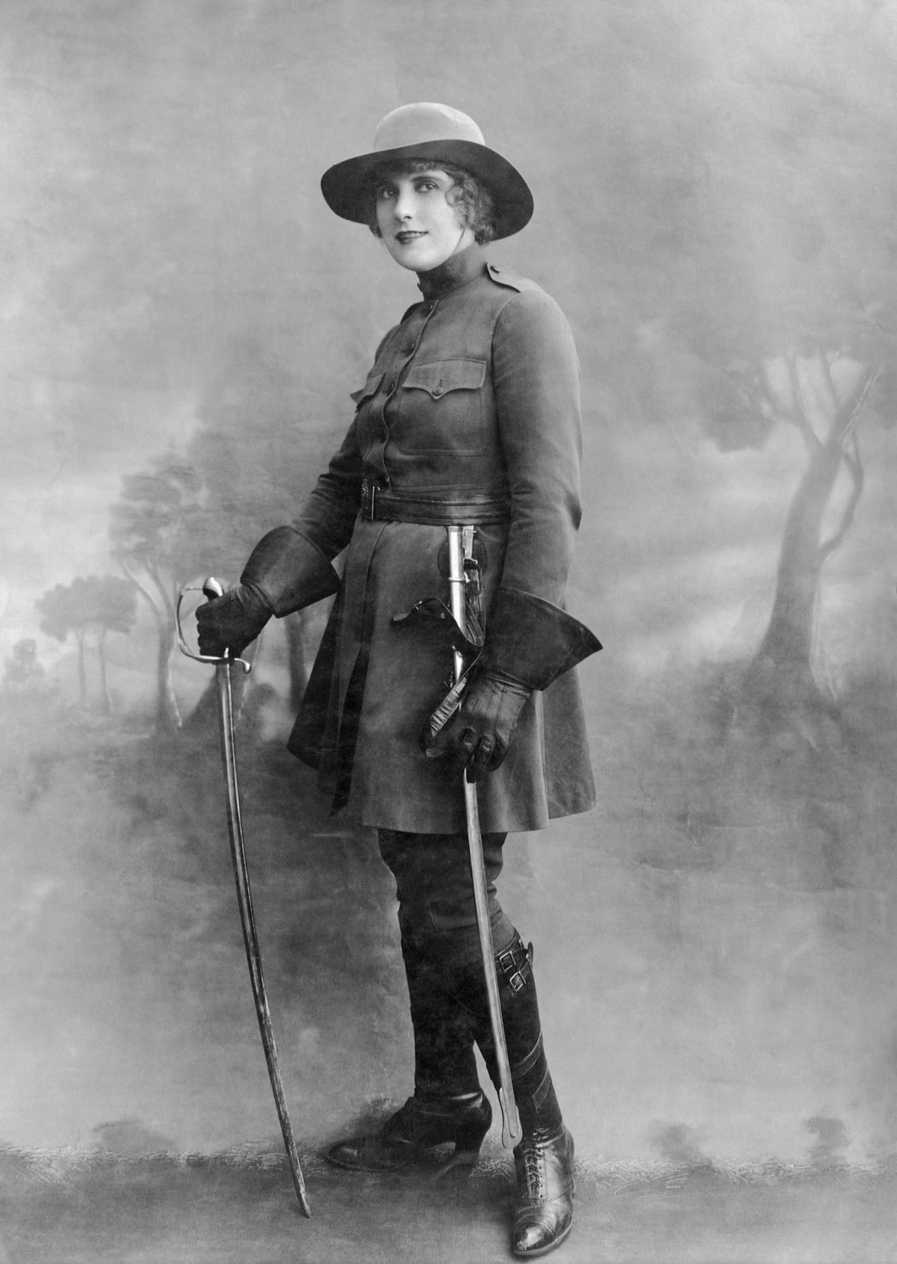 3. Migratory Diaspora and Motion Pictures
Cinema emerges as great waves of migrants from all parts of the globe arrive in cities to work and play at the turn of the 20th century. Many migrants are young women who work in, and go to, the movies, where they encounter representations of their new working environments, living arrangements, dreams, and fears. How do women participate in the forging of new identities through silent film production, movie theaters, and fan culture? What are the stakes when silent screen actresses like Alla Nazimova, Beatriz Michelena, Anita Thompson, or Tsuru Aoki perform roles and characters that cross conventions of gender, nationality, ethnicity, or race? What part do women play in the Orientalism and exoticism of the silent film era? What particular challenges or rewards does silent cinema represent for women in (im)migrant communities, colonial contexts (India, Hong Kong, Manchukuo, Taiwan, or Korea), or other contested spaces?

4. Cross-Cultural Melodrama
We also seek to expand frameworks pertaining to women, gender, and historical inquiry by historicizing the role of women and border-crossing in generating early film culture. How do women reimagine, translate, or adapt melodrama for the screen from its diverse theatrical, literary, and musical roots? In what ways do the photoplay manuals, scripts, criticism, and scholarship produced by women in the silent era shape the structures and conventions of motion pictures? What kinds of new cross-continental or transnational works and careers in silent cinema emerge from nascent networks of female screenwriters, agents, and exhibitors?

Note: Themes & subthemes listed are not exhaustive and the conference welcomes papers that address perspectives not mentioned here--from literal and figurative angles and through a range of theoretical practices and historical methods, including Digital Humanities updates.