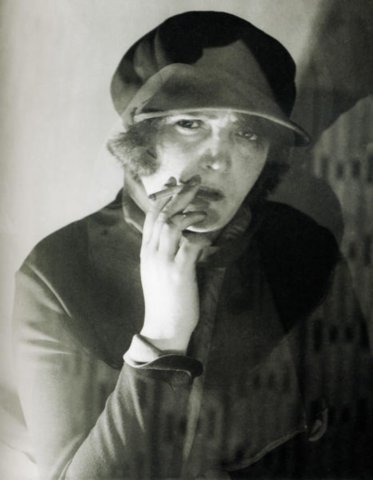 A rare opportunity to view a film straight from Gosfilmofond, the most extensive Russian film archive, for the first time in US since 1932. Deemed so radical that it was confiscated by the New Jersey state police when the film was last screened in the US in the 1930s, A co-production of Sovkino (USSR) and Weltfilm (Germany), Today (Cannons or Tractors?) is one of the most visually experimental and the least studied of Esfir Shub’s early films. Conceived as “a biting film pamphlet denouncing the modern political and economic system of the capitalist world,” the film juxtaposes the Soviet Union with the West. The Soviet segment was shot for the film, while Today’s representations of the West are mainly comprised of newsreel footage that Shub selected at the German UF studio.

By Right of Birth. Dir. Harry A. Gant (Lincoln Motion Picture Company, US, 1921) 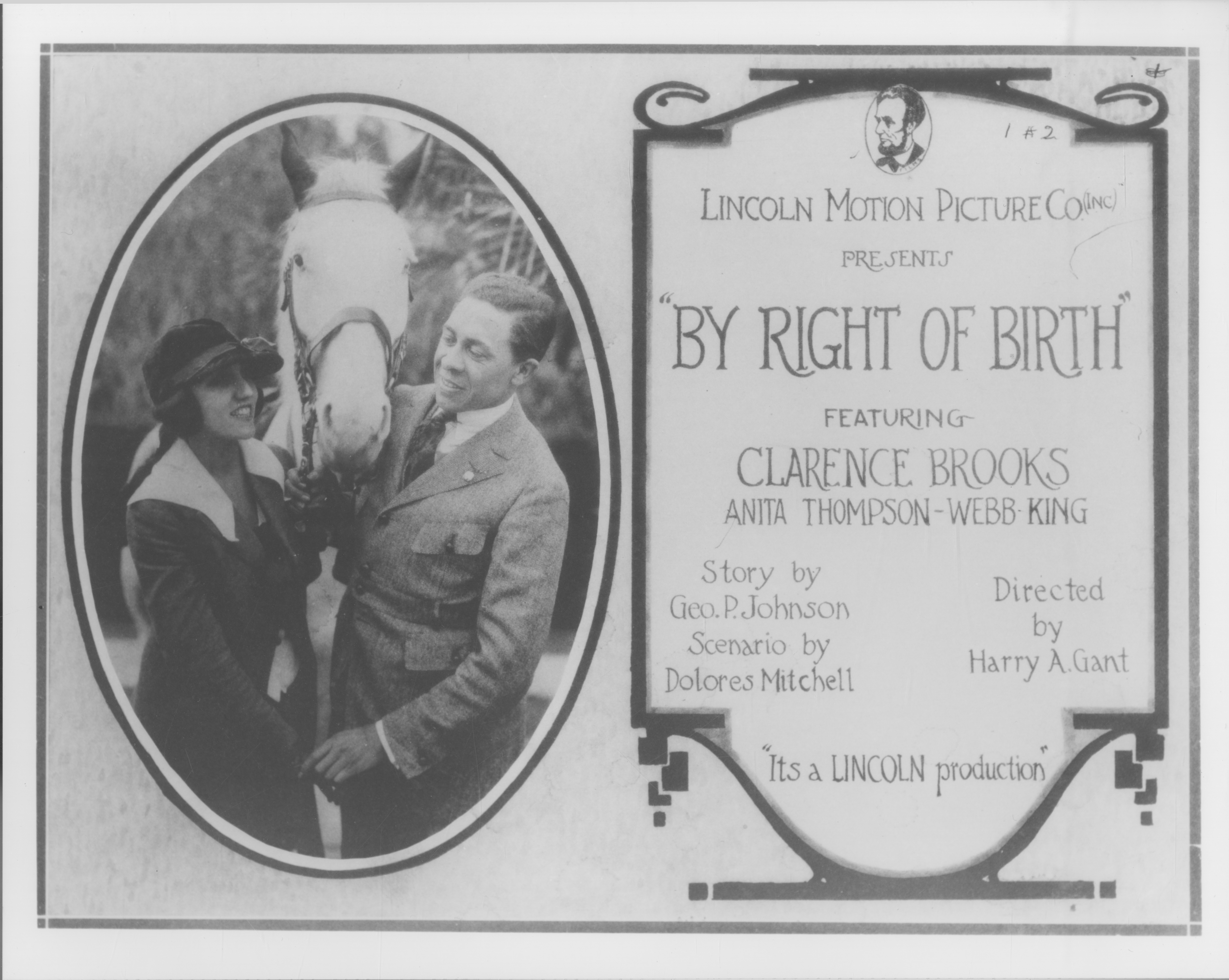 The only surviving title from the black-owned independent company Lincoln Motion Picture Company, By Right of Birth stars African-American actress Anita Thompson, who attended Teachers College at Columbia University in the 1920s. This short surviving fragment presents a tantalizing look at a film that reportedly was about an evil stockbroker and innocent land owners, oil leases, and mistaken identity.

Written by Vitagraph scenario editor-in-chief Marguerite Bertsch, who attended Teachers College at Columbia University, The Diver gives us another early action heroine—here a famous female diver—in a narrow rescue at-the-edge of the falls. The film was shot on location at Niagara Falls seven years before D.W. Griffith used the same device in the celebrated Way Down East rescue of Lillian Gish.

Based on a play by the same name, The Waning Sex was adapted for the screen by Frederica Sagor Maas, who studied journalism at Columbia. This comedy follows an ambitious lawyer, played by Norma Shearer, as she balances professional aspirations with her romantic relationship to the district attorney (Conrad Nagel).

Toodles, a baby, is entrusted with Tom for the afternoon so the mother can go shopping with friends. Tom carefully tucks the baby into a corner of the park as he is distracted by a friend for a smoke. Tom fails to notice that a stranger sees Toodles, apparently abandoned. The stranger takes the baby and begins a search for the child’s parents. Meanwhile, a “baby” rag doll is left in the same location where Toodles was deposited by Tom. The rag doll is taken by the dog Trouble. Tom sees the dog Trouble with the “baby” running from the park and gives chase to rescue his charge. Thus begins a frantic series of comedic situations where Tom valiantly attempts to rescue the “baby.” The film ends with a happy reunion of Toodles, Tom, and the mother.

Just Around the Corner. Dir./sc.: Frances Marion (Cosmopolitan Productions, US, 1921)

Ma Birdsong, her son Jimmie (a messenger boy), and her daughter Essie live together in New York City's East Side. Essie is allured by the city's night life, theaters, and restaurants, and finally she becomes an usher in a cheap theater where she falls in love with Joe Ullman, a crooked ticket speculator. Her mother, in failing health, repeatedly begs to meet Essie's fiancé, but Ullman declines to pay visits. When Ma Birdsong is seized with a heart attack and pleads to see him, Essie finds him in a poolroom, but he sneers and refuses to accompany her. She then encounters a stranger and in despair tells him her story; he agrees to visit her mother and represent himself as her fiancé.

One of the three cross-dressing girl spy films which Gene Gauntier wrote herself. Under cover as a Confederate, she lights a fuse beneath a Union munitions wagon, and, in the same shot, runs for cover in the foreground as the wagon explodes in the background. Because Gene Gauntier predates Pearl White who appears in 1914, we should see her as the origin of the serial queen action heroine.

This compilation film highlights some of the most spectacular stunts performed by the Danish serial queen Emilie Sannom. A stunt performer on and off-screen, Sannom starred in a number of popular films from 1909 to 1919. An aerial stunt featured in Filmens vovehals (Daredevil of Cinema) is perhaps the most spectacularly dangerous feat attempted by a serial queen anywhere in the world, and chilling in its foreshadowing of Sannom’s own death when her parachute failed to open during a live stunt performance in 1931.

The sixth chapter of Edward José’s 1916 serial Pearl of the Army, “Major Brent's Perfidy” Part One, opens on our heroine Pearl Dare (Pearl White) in hot water (literally!) on her quest to recover the stolen “Panama Canal defense plans” for American army forces. Dodging the villainous Bolero and the Silent Menace, Pearl evades capture as she traverses the wilderness, takes traitorous hostages at gunpoint, swoops in on horseback, and even pilots a plane. See Pearl in her full adventuring glory as she outfoxes the Foreign Alliance.

Wu Suxin, otherwise known as White Rose Woo, represents one of the most successful and interesting cross-cultural adaptations of the serial queen archetype. Like many American serial queens, she was a screenwriter as well as an action star, and while there is no solid evidence that she wrote this film, it seems likely that she might have had something to do with the creation of her character, a nüxia (female warrior) whose personality and appearance shows heavy influence from both Pearl White and Douglas Fairbanks. Unlike most American serial queens, however, Wu was never subjected to spectacular peril, suggesting that Chinese nüxia films and American serials had very different priorities vis-à-vis women’s roles in society.

Many of the serial queens worked as a team with a male partner – Helen Holmes and J. P. McGowan perhaps being the most obvious example. However, one of the most interesting was the team of Grace Cunard and Francis Ford. While Holmes and McGowan were married in addition to being business partners, Cunard and Ford’s relationship never displayed a hint of romance. They were business partners, pure and simple, and an extraordinarily productive team too, producing four serials in the space of three years. Their last serial together, The Purple Mask, featured Cunard in the role of a socialite and her masked, Robin Hood-esque alter ego. Cunard’s secret identity and elaborate masked costume may qualify her as cinema’s first superhero.

Although her oeuvre encompassed a number of genres, Josette Andriot’s career was largely defined by her roles in the Protéa films, where she played a cunning female spy whose exploits presaged similar roles by American serial queens such as Grace Cunard. Special thanks to Marc Sandberg, Éclair.

Producer-screenwriter-director Leah Baird’s only turn as a serial queen, paired with so-called “serial king” Charles Hutchison in a WWI propaganda serial whose fast action and spectacular stunts nevertheless failed to keep audiences interested when the war ended in the middle of its run. The Fort Lee Film Commission sponsored this chapter as part of the 2008 global preservation plan initiated by Lobster Films in collaboration with 15 archives. 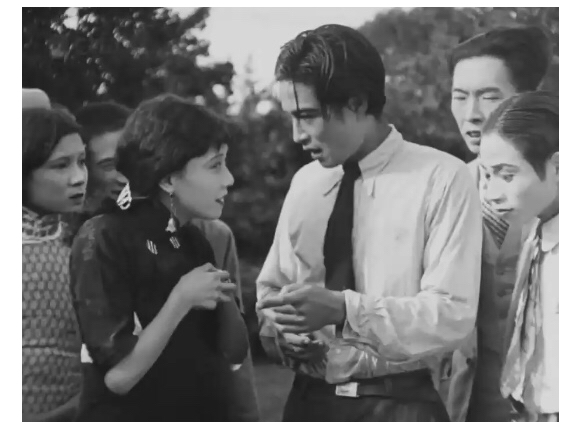 Chinese star Ruan Lingyu essayed multiple roles in this story of a young woman who flees an arranged marriage to reunite with her true love. She pays a tragic price for breaking with tradition. Long thought lost, a complete print of Love and Duty was discovered in Uruguay in the 1990s and placed in the care of the Taiwan Film and Audiovisual Institute. In 2014, TFAI along with L’Immagine Ritrovata did a 2K digital restoration.