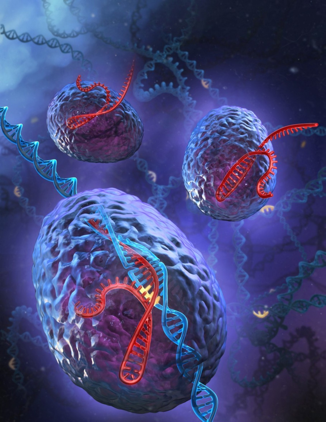 On February 1st, 2016, a team of scientists at the Francis Crick Institute received approval from the UK Human Fertilization and Embryology Authority (HFEA) to use CRISPR-Cas9 to edit the genetic makeup of human embryos.[1] This monumental “first” in biology opens a door that has been closed since the isolation of embryonic stem cells in 1998. According to Sarah Chan, a bioethicist at the University of Edinburg, the approval sets precedent for how to regulate research and reproduction.[2] This decision may also embolden scientists in the United States to call for a review of the NIH stem cell guidelines that have largely remained unchanged since 2001.

For those new to the current debate, scientists in the field of synthetic biology have pioneered a novel method to cut and paste DNA—Microsoft Word meets genetic engineering—known as CRISPR (clustered regularly interspaced short palindromic repeats)/Cas (CRISPR-associated system).[3] These tools have a programmable binding module and a second domain responsible for cleaving the bonds between the Adenine-Cytosine-Guanine-Thymine bases in DNA. This process creates breaks that allow for novel insertions and deletions to be introduced into the target genome, thereby enabling any scientist with a modern laboratory to make alterations. Essentially, genes can be moved around, transferred from one organism to another, or knocked-out to study how they function within the cell. It is fast, cheap, and easy. The possible applications are endless. But what happens when we meddle with the source code of life? What are the unintended consequences of introducing artificial modifications to our species?

CRISPR-Cas coupled with the power of induced pluripotent stem cells (IPSCs) provides researchers with the ability to model human disease in a dish in order to learn the underlying mechanism and how to reverse its progression.[4] A brilliant example of such application is the in-vitro modeling of Rett Syndrome, a rare and severe form of autism that affects only young girls.[5] In a single experiment, Alysson Muotri and his team displayed that tissue derived from patients all had a single genetic error that could be isolated as a therapeutic target. If these defects are edited via CRISPR-Cas at the embryologic stage, children could be born without the devastating neurodevelopmental disease. This potentiality is not so far-fetched. As proof of concept, a Chinese group published evidence of successful CRISPR/Cas9-mediated gene editing in “non-viable” human embryos.[6] We are on the precipice of a fundamental shift in medicine. Why must we be so cautious about genetic engineering? It seems irrational to deny access to a technology that has the potential to eliminate disease.

When discussing the ethics of CRISPR/Cas, it is important to differentiate clinical therapies that modify the genetic material of somatic cells and those that affect fertilized embryos. Lanphier and colleagues, all of whom are involved in the genome-editing industry, have stated that “established methods, such as standard prenatal genetic diagnostics or in vitro fertilization (IVF),” are better options for parents who carry disease mutations.[7] Furthermore, they assume that producing safe and reproducible outcomes for CRISPR-Cas therapies will be a significant barrier to their adoption. This argument seems quite narrow given the dramatic advancements that have been made in recent years. There is no reason to believe that genetic engineering cannot be adapted for highly effective use in human embryos. It is only a matter of whether it is philosophically or ethically justifiable to do so.[8] But many argue that once we decide to fix genetic aberrations we will continue down the “slippery slope” into making heritable enhancements.

In a time of escalating health care costs and worsening public health due to diseases of excess such as diabetes and obesity, should we consider genetic editing of human embryos? According to recent obesity statistics, more than two-thirds of adults (68.2 percent) and approximately 30 percent of children and teenagers (ages 2 to 19) are either overweight or obese.[9] The costs of obesity range from $147 billion to $210 billion per year in the United States and health care expenditures per capita are 42 percent higher for obese adults.[10] In 2014, a team of researchers at the University of Michigan published evidence that knockout of the SRA gene associated with regulation adipose tissue mass and function had a protective effect against diet-induced obesity.[11] If genetic engineering of human embryos were permissible, the economics of SRA knockout as a preventative measure would be favorable in comparison to an investment in public health infrastructure and education resources to promote healthy habits. [12] A philosophical dilemma, however, is introduced when we decide to quantify human life according to cost-benefit analyses. In the case of SRA-knockout, a cost-effective germline “fix” underestimates the value of addressing the environmental causes of obesity (i.e. lack of proper nutrition and exercise).

There are significant flaws in the logic supporting germline modifications, which are due to a lack of scientific evidence for genomic editing over multiple generations and limited philosophical inquiry on the subject. As with any new therapeutic, longitudinal data displaying safety and efficacy are required before governmental approval. In a recent article published in the American Journal of Bioethics, Evitt et al. attempt to navigate these issues in their proposed regulatory framework for human germline CRISPR-Cas modification by requiring institutional ethics approval, proven reversal mechanisms for gene edits, and rigorous testing in animal models before research proposals are funded. The authors concede, however, that the issue of informed consent in clinical trials of CRISPR germline therapeutics is tentative given that unborn children do not have a legal voice. Another issue is the financial incentive insurance companies may provide to those who receive germline editing, which will unfortunately create further health disparity between parents of low socioeconomic status and those that can afford editing.

The greatest danger is that we may not be able to reverse the changes made in a germline editing experiment unless we wish to prevent CRISPR children from reproducing or require them to edit out the errors made. Since we, also, do not know whether eliminating rare Mendelian diseases such as sickle-cell anemia will have a negative effect on the fitness of our species, we cannot fully predict the outcome of gene elimination.[13] Will purging human imperfection actually leave us more vulnerable?

In a joint statement released following The International Summit on Human Gene Editing held on December 1-3, 2015, in Washington, D.C., the clinical use of germ line editing was regarded as an inappropriate use of CRISPR/Cas9 technology.[14] This consensus, however, is by no means a final decision. The members of the summit concluded: “as scientific knowledge advances and societal views evolve, the clinical use of germline editing should be revisited on a regular basis.” The advent of genomic editing technology holds great promise for lifting the burden of disease from millions but it also produces ethical dilemmas that require further debate. No controversial technology of the past such as nuclear fission had the potential to change the physical makeup of who we are as humans. We must tread with caution as we venture into this grand experiment with evolution.

[13] Although it was previously thought to be exclusively detrimental, the sickle-cell trait has been preserved in the human gene pool due to its protective effect against malaria-associated mortality. Aidoo M, Terlouw DJ, Kolczak MS, McElroy PD, ter Kuile FO, Kariuki S, Nahlen BL, Lal AA, Udhayakumar V. “Protective Effects of the Sickle Cell Gene Against Malaria Morbidity and Mortality”. Lancet 2002; 359:1311-1312.