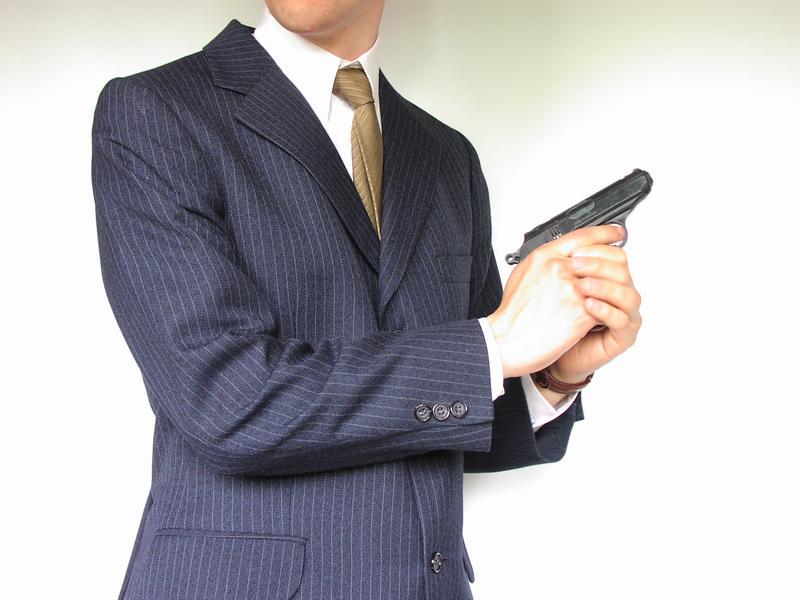 A senseless act of violence carried out in a public setting has once again profoundly disturbed the people of the United States. On October 1st, 2015, 26-year-old gunman Christopher Harper-Mercera killed nine people and wounded nine others at Umpqua Community College using six guns purchased through a federally licensed arms dealer.[1] President Barack Obama in a White House Press Conference connected the tragedy to a slew of mass shootings that have taken place in the U.S. in recent years while pointing out their appalling frequency compared to the rest of the world.

Since ethics is concerned with values, we must consider whether the exercise of a “fundamental right” outweighs the danger it poses to the public. Unfettered autonomy is a common notion that has been debated in bioethics: does a patient’s right to make treatment decisions outweigh its futility and negative consequences? Our scholarly community has the tools to properly analyze policy decisions in the case of mental illness and gun violence to propose a moral solution. My suggestion is to frame this as a discussion of human rights, morality and health—a familiar discourse in the bioethics community—to form the basis for political compromise and greater public awareness.

If we look at the health consequences of proliferation of arms in the United States, the data paints a dismal picture. The Centers for Disease Control and Prevention report ~33,000 gun-related deaths per year,[3] the International Action Network on Small Arms (IANSA) tallies ~10,000 annual gun homicides in the U.S.[4] and for the first time since 1994, annual gun deaths for people under 26 is projected to overtake motor vehicle deaths according to the Center for American Progress.[5] The statistics draw a clear conclusion: the amount of guns per capita is strongly correlated with the number of people who are murdered.[6]

Not only is our experience with gun violence abnormal but also the prevalence of mental illness in the U.S supersedes that of comparable countries. According to the National Institute of Health, the average American has a 47.4 percent of having any kind of mental health disorder while 27 percent of adults during any 12-month period experience a variation of mood disorders, anxiety, anxiety disorders, attention deficit/hyperactivity disorders, or substance abuse.[7] The countries with the next highest rates of mental health disorders fall between 18.9 percent and 21.4 percent. Our nation seems to be a peculiar outlier. It is important, however, to note that since the 1980s, diagnostic categories have expanded greatly for the “mentally ill”.[8]

The modern gun rights movement is based upon principles that are summarized by Historian J.G.A Pocock: the bearing of arms is the essential medium through which the individual asserts both his social power and his participation in politics as a responsible moral being.[9] Although there is an obvious need for an ethical argument in opposition to this radical form of individualism, the process of blaming deviant members of society is more dangerous. Current popular and political discourse—“guns don’t kill people, people do”—assumes mental health causes mass shootings thus exacerbating public anxiety about the mentally ill. Examples of articles confirming this correlation follow each of these tragic events. A combination of mental illness, guns and psychiatric medication was seen as the cause of Eric Harris’ actions in the 1999 Columbine High School mass shooting.[10] Adam Lanza was assigned to a “subgroup of persons with mental illness who were perpetrators of gun crimes.”[11] The healthcare community must recognize the transition of “mental illness” from medical designation to a signifier of violent intentions.

The association between mental illness and gun violence is not as clear. Availability of guns was found to be a more predictive factor than psychiatric diagnoses in the 19,000 annual cases of gun suicide.[12] Brekke et al., illustrated that for individuals diagnosed with serious mental illness their risk of being assaulted increases rather than their tendency to assault others.[13]Metzl and MacLeish in a novel literature review, Mental Illness, Mass Shootings and the Politics of American Firearms, argue that a public policy that explains the pervasiveness of gun violence in the U.S by attributing it to mental illness would be reactionary and detrimental to society.[14]Their proposal suggests that cultural stereotypes and social determinants such as race/ethnicity, social class and politics are in closer relation to mass shootings than mental illness. Interestingly, a recent Washington Post article alluded to strongly conservative politics in Western Oregon and a decline in employment in the local lumber industry as possible contextual influences.[15]

Gun control advocates and gun rights activists are increasingly communicating to the body politic that we must either oppose or support gun control based upon our opinions about these mass shootings. Without adequate consideration of empirical evidence, which calls into question whether mental illness causes gun violence, it is quite easy to draw an incorrect conclusion. For example, a distinction is often made in the U.S between African-American and White assailants when theorizing about the etiology of violence. The White male brain is pathologized as a “loner” who is mentally disturbed and obsessed with guns whereas black gun violence is often blamed on “inner city culture.”[16] According to this logic, policies such as the National Instant Criminal Background Check System Improvement Act, instituted in 2008 should identify individuals with a previous history of criminal offenses, a majority of which are African-American, but “wont prevent another Newtown” shooting by an “insane” White gun fanatic.[17] This conjecture, colored by implicit bias, ignores the widespread symptoms of the environment and obfuscates what is an effective public health intervention. If this aberrant line of thinking is taken to its logical conclusion, policies such as those advocated by the National Rifle Association, allowing guns to be present on school property, can be seen as “commonsense.”[18]

Those concerned about the health and well-being of our citizens, especially you the reader, cannot remain silent assuming that partisanship concerning gun control will stagnate any legislation brought before Congress. Your knowledge about the current crisis and its affects on our collective health means that you are ethically obligated to speak out. We must ask: do we have a serious right to bear arms? Is mental illness the cause of gun violence? Can gun control prevent mass shootings? As summarized by Metzl, “gun crimes, mental illnesses, and gun access issues are complexly interrelated, and not reducible to simple cause and effect.”13 There is a questionable association of mental illness with violence while clear evidence supports the correlation between the availability of guns and mass shootings. From a bioethical perspective, this must manifest in political action.

[1] According to the Associated Aress, Harper-Mercer’s weapons of choice included a Glock pistol, a Smith & Wesson pistol, a Taurus pistol and a Del-Ton assault rifle, according to The Associated Press. Buchanan, L., Keller, J., Oppel, R., & Victor, D. (2015, October 2). How They Got Their Guns. New York Times. Retrieved October 4, 2015.

[15] Tankersley, J. Shooting in Oregon: Where unemployment is high and gun rights are precious. The Washington Post. http://www.washingtonpost.com/news/wonkblog/wp/2015/10/02/shooting-in-oregon-where-unemployment-is-high-and-gun-rights-are-precious/