This teaching artifact is a syllabus note that I originally designed to be incorporated into the bibliographic section of Yiddish Studies syllabi, i.e. classes that teach Yiddish culture and literature in translation (Yiddish Studies classes very rarely teach sources in the original language given the difficulty of enrolling enough students with advanced language skills). The syllabus note introduces a section of “Further Reading in Other Languages” that lists secondary sources in languages other than English. The note outlines the multilingual and transnational nature of Yiddish Studies scholarship[1] and the various ways in which non-Anglophone scholarship is marginalized in the American academy. The syllabus note serves the purpose of expanding our citational practice as teachers beyond Anglophone and American scholarship and to model such an inclusive practice for our students.

If we consider “citation as a rather successful reproductive technology, a way of reproducing the world around certain bodies” (Ahmed, 2013), then we must reckon with the bodies we exclude when we primarily cite Anglophone scholarship. While the practice of citing non-English scholarship might be more common at the postgraduate level and among researchers—though even there it’s not always a given—I believe it is crucial to incorporate this practice even in the context of undergraduate teaching. By broadening the scope of what we consider a “permissible” or “useful” citation on an undergraduate syllabus, we are not only increasing the pool of women, junior scholars, independent scholars, and other marginalized scholars we can cite, we are also creating a conversation starter for the classroom surrounding citational practices and the dominance of Anglophone scholarship. This might engender questions for discussion among students, such as: Whom do we turn to as scholarly authorities and why? What factors contribute to limiting or expanding access to a wide range of scholarship? What do we do with the reality of knowing that scholarship exists in a number of languages that we cannot read? How does the dominance of Anglophone scholarship tie into economic factors that determine how scholarship is funded and sustained in the Global North?

As I envision its use, the syllabus note should be explicitly discussed during the syllabus walk-through in one of the first meetings of a given class, in order to open up a conversation with students about broader citational practices and how they function within teaching and the academy at large. This conversation should then continue throughout the duration of the course. During the initial conversation about the syllabus note, I could imagine asking students how often they’ve read something in a language other than English for a class (or for fun!), as well as asking what languages they might know and whether they’ve ever been useful to them in college. In turn, their answers could lead to a broader conversation about the knowledge we bring to the classroom, where it comes from and why we do or don’t value it, whether we consider it “academic,” and how language ties into these conceptions.

The advantage of this resource is that it can be included in virtually any syllabus when adapted appropriately to disciplinary specificities. Hopefully, a modified version of this note can work for most humanities disciplines, which are transnational and multilingual in nature, albeit often dominated by Anglophone/American discourses. I would be curious to see how science fields with an even greater dominance of English as the lingua franca[2] could use a version of this teaching approach.

These questions also point towards broader concerns that this type of syllabus note might raise for our respective fields, such as: How does American/Anglophone hegemony structure one’s discipline? How does the history of our disciplines intersect with the hegemony of the American/Anglophone academy, especially in regards to visibility and funding? What kinds of disciplinary scholarship or other knowledge are typically excluded from our classrooms due to language barriers, and how might this exclusion be mitigated? What structural changes might make multilingualism in my discipline and classroom a more accessible option when labor and economic demands often make extensive language study less viable? Who is typically burdened with the (presumably unpaid) labor of making non-Anglophone epistemologies available?

A limitation of this resource is that it might be seen by students or instructors as merely a performative gesture, rather than a substantial intervention in academic practices. Therefore, it is particularly important to frame this note as the beginning of a series of discussions interwoven throughout a given course, with an emphasis on the limitations of this resource as an isolated intervention into established practices. A more substantive challenge to overcome is the fact that, no matter how many resources in multiple languages we might list, realistically most U.S. students (and academics) will be hard-pressed to achieve reading fluency in more than 2-3 foreign languages, especially given the difficulty of fitting the time for language study into the academy’s fast-paced and research-focused system. Moreover, funding for language study is often hard to secure, with certain languages privileged by funding through programs such as FLAS and various government bodies (which, in turn, are not always available to students and scholars of certain nationalities). Discussing and making transparent these systemic obstacles to undergraduate students is crucial, especially when we are aiming to provide realistic mentorship about graduate studies in humanistic fields. Finally, these discussions might allow us to think with students about what a reimagined academy might look like—what systemic changes to the neoliberal academy could overcome or mitigate these structural barriers to multilingual engagement with scholarship?

Overall, my thinking in this regard and my approach to teaching Yiddish language and culture in its transnational and multilingual nature are deeply informed by the teaching of Yiddish outside the traditional academy: at summer programs, retreats, festivals, non-profit institutions and elsewhere. The learning environment in these contexts is always international in nature, brimming with participants from multiple countries and linguistic backgrounds. The student body is often intergenerational as well, and spans the gamut from independent scholars and students to professionals and artists. The way in which multilingual knowledge circulates among these various groups—often via a citational practice reliant on oral history, oral tradition, ethnographic encounters, and family history—is an alternative model to more traditional and Anglocentric academic citational practices and worth familiarizing students with.

The people who have informed my thinking on these matters include Yiddish Studies scholars based outside the United States, Canada or UK, such as Karolina Szymaniak and Joanna Lisek, as well as scholars publishing in languages other than English, such as Susanne Klingenstein, whose works mostly remain peripheral to the U.S. college classroom. I am also indebted to conversations on feminist citational practice during the Learning Community held at Columbia’s Center for Teaching and Learning, co-organized by Diana Rose Newby and Cat Lambert, where my colleagues generously shared their thoughts and strategies. Finally, I would like to cite the influence of a number of friends from the global Yiddish world who have introduced me to scholarly and artistic work from outside the Anglophone realm, such as Ri J. Turner, Tamara Gleason Freidberg, and Karolina Szmyaniak. Ongoing discussions with my fellow Yiddish teacher Ri J. Turner, who is American but has been working in Yiddish Studies in Israel, Poland and France for the past few years, have crystallized crucial questions about multilingual primary and secondary source material, its availability to students and researchers and the varying approaches in American, European, and Israeli universities to publishing scholarly editions and/or translations of source material. Through conversations with my graduate student peer Tamara Gleason Friedberg, who is born in Mexico and based in London where she researches Latin American Jewish history, I have been acquainted with contemporary and historical Latin American Yiddish Studies scholarship. Studying with Polish professor Karolina Szymaniak at various summer programs and retreats has given me greater insight into the Yiddish Studies scholarship being published in Poland (despite my inability to read it!).

Further Reading in Other Languages
These secondary sources in languages other than English (Hebrew, Polish, Russian, German, French, Spanish, Portuguese and more) are provided here not as expected reading for class sessions but to highlight the work and research of scholars outside the United States, Canada and UK. The field of Yiddish Studies—much like the Yiddish language itself— has always been a transnational endeavor with parallel and intersecting conversations happening in several languages. Much like Yiddish speakers, who were often fluent in multiple co-territorial and Jewish languages, research on Yiddish culture generally involves reading and publishing in multiple languages. As English has become a global and academic/scientific lingua franca over the last few decades, researchers are generally expected to be fluent in English and to engage with Anglophone scholarship. The reverse is not true to the same degree—not unexpectedly given the imperial dominance of the United States. These expectations are further complicated by the multilingual nature of Yiddish Studies: no single researcher or student can be required to engage with secondary sources in five foreign languages in addition to working with Yiddish primary sources, especially when time and funding for such extensive language study are limited.

What purpose then, does this list of non-English readings serve if we can’t necessarily read its contents? First, we are simply raising our awareness for scholarship produced outside the United States. It is quite possible you might meet one of these researchers giving a talk or teaching at a summer program—and of course you could always reach out with questions if they are working on a topic of interest to you. Secondly, seeing the breadth of this scholarship more clearly just might entice you to brush up on or start a new language, or to find sudden usefulness for a language you know or studied previously but didn’t think of in connection to Yiddish Studies. Thirdly, this list serves as a touchpoint for ongoing conversations about the multilingual nature of Yiddish Studies and multilingualism within the academy.

[Some of the sources I might include on such a list (depending on the course topic) are the following:]

NOTES
[1] The online journal In Geveb: A Journal for Yiddish Studies (ingeveb.org), where I am the pedagogy editor, is cognizant of the multilingual nature of the field (despite publishing exclusively in English) and includes review articles on non-Anglophone scholarship as well as roundups of “The Latest in Yiddish Studies,” which are dedicated to non-Anglophone scholarship. However, there is of course always room to improve and broaden the engagement with this scholarship. 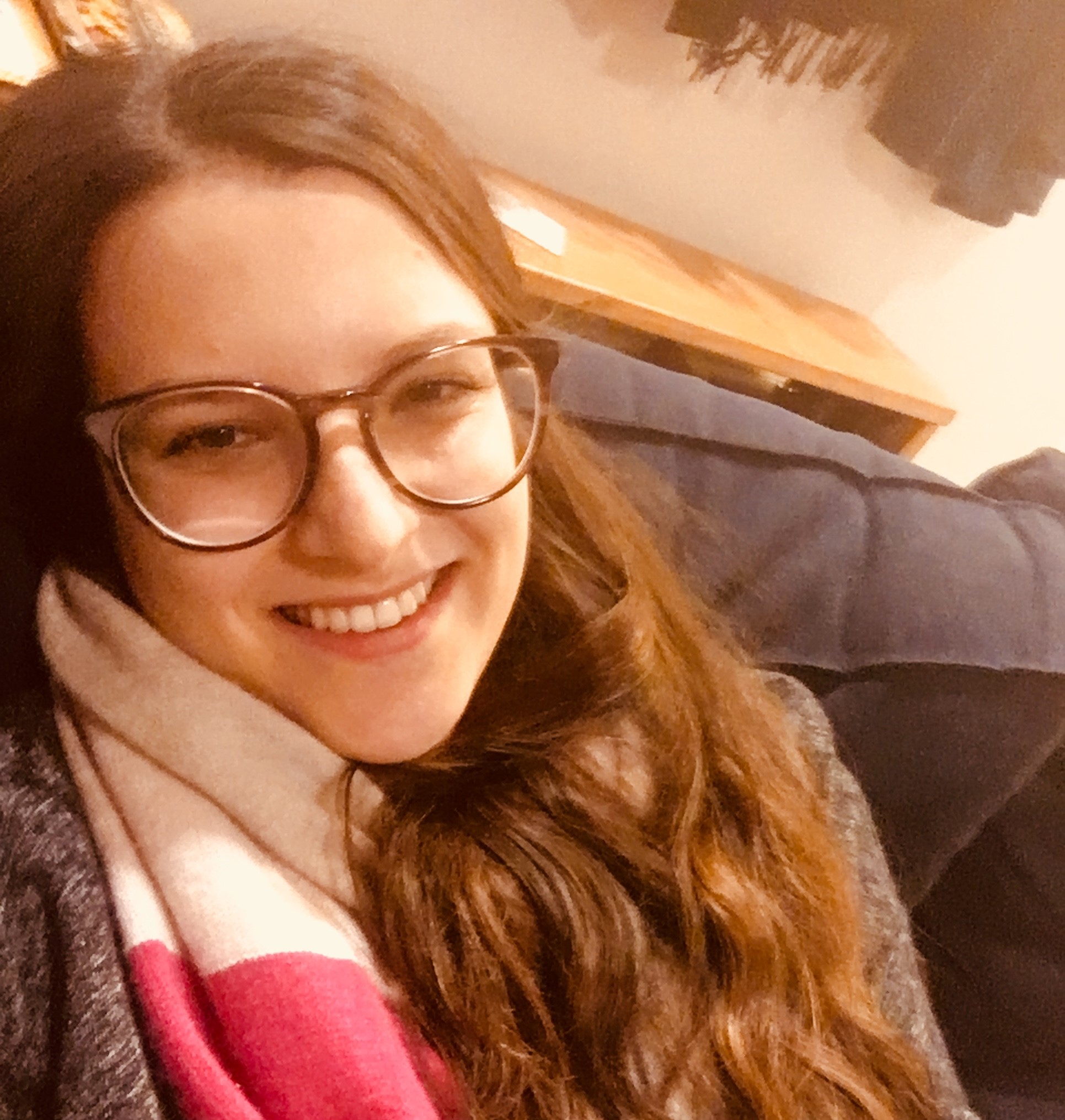 Sandra is a PhD Candidate in Yiddish Studies at Columbia University. She is writing her dissertation on the intersection of Yiddish literature and second-wave feminism. She is pedagogy and blog editor at In geveb: A Journal for Yiddish Studies.