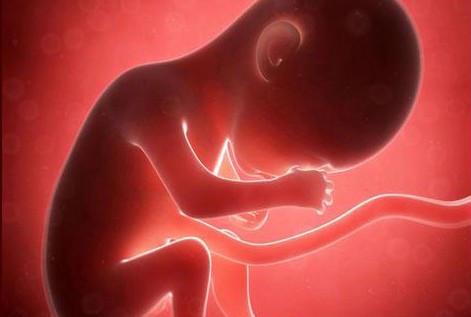 Is growing babies in tanks really possible? Recent developments in uterine transplantation in Sweden, the United Kingdom, and the United States have opened up the conversation about ectogenesis, also known as artificial wombs or extracorporeal gestation.[1] Ectogenesis is the process of creating an environment that will simulate that of a womb in which a human fetus can develop. Individuals focused on ectogenesis typically argue that this process has three purposes: (1) a medical treatment to support further gestation of premature fetuses in an artificial environment; (2) an elective ART (assisted reproductive technology), in which an embryo is created through in vitro fertilization and is gestated externally; and (3) a viable “solution” to the abortion debate.

Ectogenesis is not a new technology. In a study published in 1982, researchers reported they were able to incubate a mouse fetus for eleven to twelve days out of the nineteen- to twenty-day gestational period of a mouse.[2] Furthermore, a six-year study conducted by Yoshinori Kuwabara, a Japanese scientist, has been the most significant study of record. In that study,[3] goat fetuses were removed from their mothers by caesarean section before viability. After removal, an extracorporeal membrane oxygenation (ECMO) unit supported (gestated) the fetuses. Investigations into ectogenesis stagnated after the 1980s, but since 2001, experimental research has rebounded, resulting in successfully “growing mouse embryos in wombs attached to ‘placenta machines.’”[4] Additionally, human testing of ectogenesis has already begun as scientists have grown a human embryo in an artificial environment for approximately eleven days.[5]

There are many ethical concerns associated with ectogenesis, including appropriate human subjects research protections, concerns about impacting the parent-child relationship, potential societal risks to women, and creating a larger socioeconomic divide between the wealthy and the poor. While these ethical issues need to be addressed, the purpose of this article is to address the impact ectogenesis may have on the abortion debate. While ectogenesis may pose a viable alternative to terminating pregnancies, it is unlikely to conclude the abortion debate given current American law.

The ability to procure a legal abortion in the United States is based upon an interpretation of a liberty interest in the US constitution permitting a woman’s right to choose what is done to her body. According to the United States Supreme Court in Roe vs. Wade (and subsequent cases), a woman’s autonomy is legally protected.[6] Significantly, much of the dicta justifying these case decisions, as well as the laws that have developed as a result of these decisions, focus on a fetus’s viability outside of a mother’s womb. Notably, the Guttmacher Institute states that there are forty-three states that prohibit abortions after a certain point in gestation, “most often [after] fetal viability.”[7] This begs the question of what legally happens when a fetus has the capability of being grown outside of a mother’s womb?

Pro-life advocates may argue that ectogenesis is the end of abortion, because there is no longer a trumping of the rights of a woman’s body over the rights of a fetus. Proponents can base this argument on the fact that once outside of a womb, a fetus (or child) begins to have its own set of rights. This argument, however, does not account for whether there would be enough artificial wombs to meet the abortion demand in the United States. Additionally, who would pay for these artificial wombs and facilities to “grow” these fetuses (children)? Abortion advocates argue that abortion is not solely about avoiding giving birth to a fetus or child, but rather for many, it is also about not having a genetic child in existence. Arguably, if it were as simple as not giving birth to a child, more women may give their children up for adoption. Some may argue that part of the reason that women procure abortions is shame or concern about revealing that they are pregnant. For those women, ectogenesis may provide a helpful solution. They can undergo a procedure such that their fetus is removed and “grown” in an artificial womb. In these situations, women can allow their fetus (child) to exist, while potentially reducing some social and economic anxieties. A third issue that pro-life advocates who support ectogenesis must account for is that women still have to undergo a medical procedure. This runs into contradiction with Roe (and subsequent cases), as it may impact a woman’s ability to make decisions over her body. As a result, removing a fetus and then placing it into an artificial womb, while providing a “solution” for some women, would unlikely become a “solution” to the abortion debate. Opponents would likely argue that requiring women to undergo fetal removal instead of an abortion (1) would be an undue burden on women and (2) creates a coercive or discriminatory practice solely impacting women. As a result, in order for ectogenesis to be a “solution” to the abortion debate, there would have to be a drastic shift in United States law addressing maternal and fetal rights.

While “growing” fetuses in artificial environments and removing fetuses prior to viability and placing them in these artificial wombs is many years into the future, it is still worthwhile to note some of the legal roadblocks that American society will have to address. Although ectogenesis will not drastically impact the abortion debate, it does provide an opportunity to further engage in fruitful discussions regarding the rights of fetuses and those of women. Whose rights come first?