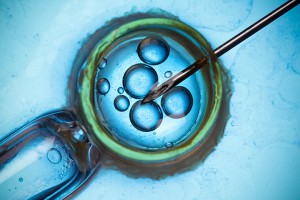 A couple of weeks ago, reporter Tom Blackwell wrote an article entitled “Couples paying most Canadian donors for their eggs, breaking controversial fertility law, study finds.”[1] Unfortunately, much of the dialogue in response to the article has either been misinformed or a series of sweeping generalizations of American law in regard to gamete compensation. The purpose of this article is to clarify the differences in Canadian and American law surrounding gamete donation and in vitro fertilization (“IVF”) using these gametes.

First, it should be noted that assisted reproductive technologies (“ARTs”) are regulated very differently in Canada and the United States. In 2004, Canada passed the Assisted Human Reproduction Act (“AHRA” or the “Act”) as federal oversight to the fertility industry in Canada. Parts of the Act have since been ruled unconstitutional, but compensation for gamete donation has remained expressly prohibited.[2] The main precursor to this Act was the Royal Commission on New Reproductive Technologies, a commission that was established by Brian Mulroney’s administration in 1989. The Commission produced a report entitled Proceed With Care that was issued in November 1993 and contained 293 recommendations about assisted reproduction.[3]During the eleven years between the Commission’s issued report and the passage of AHRA, a different bill addressing many of these new reproductive technologies failed, evidently slowing down the political process.[4] Additionally, in 2006 a federal body called Assisted Human Reproduction Canada (“AHRC”) was created to monitor the fertility industry and enforce AHRA, but in 2012 the federal budget cut the entirety of AHRC’s funding.[5]

In the United States, there is no federal oversight to ARTs and, as a result, the fertility industry is highly unregulated. The only federal act is the Fertility Clinic Success Rate and Certification Act of 1992, which requires fertility clinics to self-report successful IVF procedures annually.[6]The primary “governing body” is a professional governing body called the American Society For Reproductive Medicine (“ASRM”)—and its affiliate organization, the Society For Assisted Reproductive Medicine (“SART”)—which produce non-binding guidance documents for fertility practitioners.[7] This means that a fertility specialist or clinic pays an annual fee to be a part of ASRM and presumably follow their guidelines, but there is no legal obligation to do so. The ASRM has released guidelines about appropriate compensation for donors’ gametes; however, this does not preclude individuals from contracting to purchase gametes for non-recommended sums of money.[8]

Second, the healthcare structures financially supporting ARTs are drastically different in Canada and the United States. This is directly related to the healthcare payment structures currently in place in both countries. Canada primarily has a government-funded medical system. Each Canadian province and territory is required to provide coverage for healthcare that is deemed “medically necessary.” However, individual provinces and territories have deference to expand the breadth of what is considered to be medically necessary.[9] The United States’ healthcare payment system is a multi-payer system consisting primarily of: (1) employer-provided insurance, (2) Medicare, and (3) Medicaid.[10] Employer-provided insurance can be insurance that the employer has purchased from a health insurer to provide to its employees, or an employer can be self-insured, meaning that the employer pays the medical costs of the employee directly (in this situation, the employer will often hire an outside administrator to manage this). There are significant rules, regulations, and requirements to be eligible for Medicare and Medicaid, but typically Medicare is the government program for those above sixty-five and Medicaid is the government program that provides health coverage for individuals and families based upon income, disability, age, and pregnancy.[11] Note that there are other payers as well, including insurance provided by the United States military.[12]

In Canada, it is expressly prohibited to compensate gamete donors; however, depending on the province, the provincial government may subsidize IVF.[13] Historically, Quebec had the most generous IVF compensation laws, including coverage for ova donation and up to nine rounds of IVF, but due to increased costs, the provincial government will be limiting their benefits in the near future.[14] However, the province of Ontario recently expanded its coverage.[15] Notably, not all government assistance is characterized by forthright payment of IVF procedures, as the province of Manitoba provides a tax break for individuals who undergo IVF.[16] The main rationale behind government support of ARTs is that infertility is a disease and therefore should fall under government-subsidized medical care.

There is no federal law that requires insurance coverage for infertility treatments in the United States.[17] The three typical methods of payment for ARTs, including IVF with donor gametes, are personal funds, employer benefits, or generous insurance. According to RESOLVE, an American non-profit that supports infertile individuals and couples, currently fifteen states have laws that require insurance to cover infertility needs, some including IVF procedures.[18]Nonetheless, the great majority of IVF treatments in the United States are paid through private means.[19] The argument behind prohibiting funding for ART coverage is that fertility treatments are not medically necessary.

The purpose of this article is not to suggest that one system is better than the other. To the contrary, I would be remiss not to highlight that both systems are highly fragmented, inconsistent, and suffer from great deficiencies. Fundamentally, there are two questions that need to be addressed: (1) whether infertility should be classified as a disease, and (2) if infertility is a disease, should public funds be used to “cure” the disease? One of the reasons why proponents of government funding and government legislation requiring insurance coverage for ARTs argue that infertility is a disease is that funding medically unnecessary procedures is typically not deemed an appropriate use of limited medical care dollars. For example, elective cosmetic surgery is usually paid for through private means, as it seems unjust to spend limited dollars on medically unnecessary procedures when those dollars could be spent on basic primary care. Regardless if infertility is classified as a disease, determining resource allocation still poses ethical questions. Moreover, government funding and requirements for ART funding may be contrary to the ethical and religious beliefs that individuals hold. Typical ethical concerns about ARTs include the creation, freezing, and disposition of embryos, concerns about exploiting individuals for their gametes, and medical risks associated with the procedures and age(s) of the intended parent(s). Considering all of these ethical concerns and financial burdens these procedures have on governments, private means remains the most permissible measure of payment for ARTs.

[3] Canadian Fertility and Andrology Society, Response to the report of the Royal Commission on New Reproductive Technologies: a summary, http://www.ncbi.nlm.nih.gov/pmc/articles/PMC1337406/pdf/cmaj00058-0050.pdf.