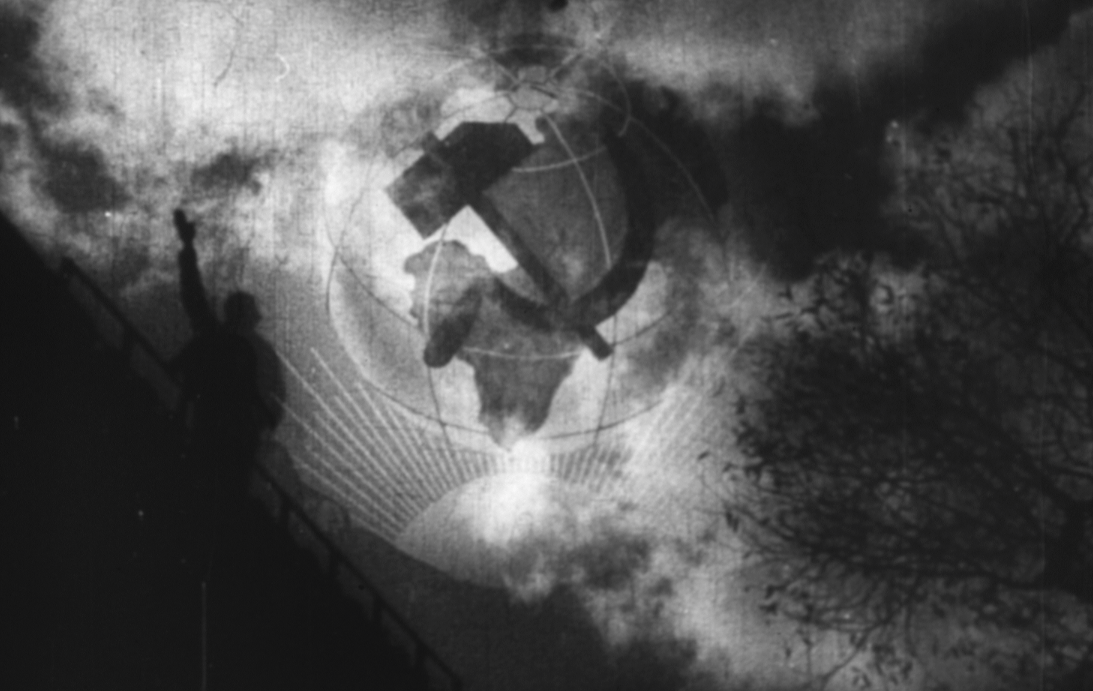 Program Description:
When we talk about early Soviet women documentarians, the name that monopolizes the discussion is that of Esfir Shub. Dubbed “the mother of the Soviet documentary” she is predominantly known and celebrated for her compilation The Fall of the Romanov Dynasty (1927). Meanwhile there were many other women filmmakers who actively contributed to the Soviet socialist documentary tradition and Shub’s own significance is by no means limited to her first film. This program brings to the screen the early films of Elizaveta Svilova, Lidia Stepanova, and Arsha Ovanesova, newly digitized from the Russian State Film and Photo Archive (RGAKFD) in Moscow and never screened in the US, as well as Shub’s perhaps most underestimated and rarely shown film, Today (Cannons or Tractors?) (1930).

Panel # 1: The Art of Recycling: Early Soviet Compilation Film
Friday, June 4—9:00am–11:00am EST
Chair: Anastasia Kostina
Participants: Lilya Kaganovsky (U. Illinois, Urbana-Champaign), Anastasia Kostina (Yale U.), Joshua Malitsky (Indiana U.), Oksana Sarkisova (Central European U.)
Includes Screening:
Manifest / Manifesto. Dir.: Lidia Stepanova (Sovkino, USSR, 1927). RT: 45 min. Source Archive: Russian State Film and Photo Archive (RGAKFD)
Film Program Note: Manifesto [photo above] is the first independent work of the classic Soviet documentarian Lidia Stepanova. The documentary was compiled from newsreel material shot across the USSR as well as from foreign footage, with the purpose of celebrating the achievements of the newly established Bolshevik state. Unlike other Soviet compilation film classics, such as Esfir Shub’s The Fall of the Romanov Dynasty (1927) or The Great Road (1927), Stepanova’s Manifestoreceived very limited circulation and went unnoticed by both contemporary audiences and film historians. This will be the first US screening of Manifesto.

Pioneria / Pioneers Episode 2. Dirs.: Arsha Ovanesova and E. Borisovich (Soyuzkinokhronika, USSR, 1931). RT: 11 min. Source Archive: RGAKFD.
Film Program Note: Founded by Arsha Ovanesova in 1931, Pioneers became the first children’s newsreel in the Soviet Union. Named after the country’s mass youth organization, the journal sought to inform, educate, and entertain Soviet school children, all the while propagating the virtues of communist ideology. The second issue of the newsreel features episodes about unemployment in the US, the American pioneers, the participation of Soviet pioneers in the industrialization projects of the First Five-Year Plan (1928–1932), and children’s work at schools.

Online Screening
Friday, June 4—7:00pm–9:30pm EST
Segodnya / Today (Cannons or Tractors?). Dir.: Esfir Shub (Sovkino and Weltfilm, USSR, 1930). Sc.: Esfir Shub and Mark Tseitlin. RT: 75 min. Source Archive: RGAKFD.
Introduction: Anastasia Kostina
Film Program Note: A co-production of Sovkino (USSR) and Weltfilm (Germany), Today (Cannons or Tractors?) is one of the most visually experimental and the least studied of Esfir Shub’s early films. Conceived as “a biting film pamphlet denouncing the modern political and economic system of the capitalist world,” the film juxtaposes the Soviet Union with the West. The Soviet segment was shot for the film, while Today’s representations of the West are mainly comprised of newsreel footage that Shub selected at the German UFA studio. A rich documentary amalgamation, Today was deemed so radical that it was confiscated by the New Jersey state police when the film was last screened in the US in the 1930s. Read more here.

[This online screening also includes The Curse of Quon Gwon and A Comedy of Errors.]

Program-Specific Readings
Attwood, Lynne, ed. Red Women on the Silver Screen: Soviet Women and Cinema from the Beginning to the End of the Communist Era. London: Pandora, 1993.