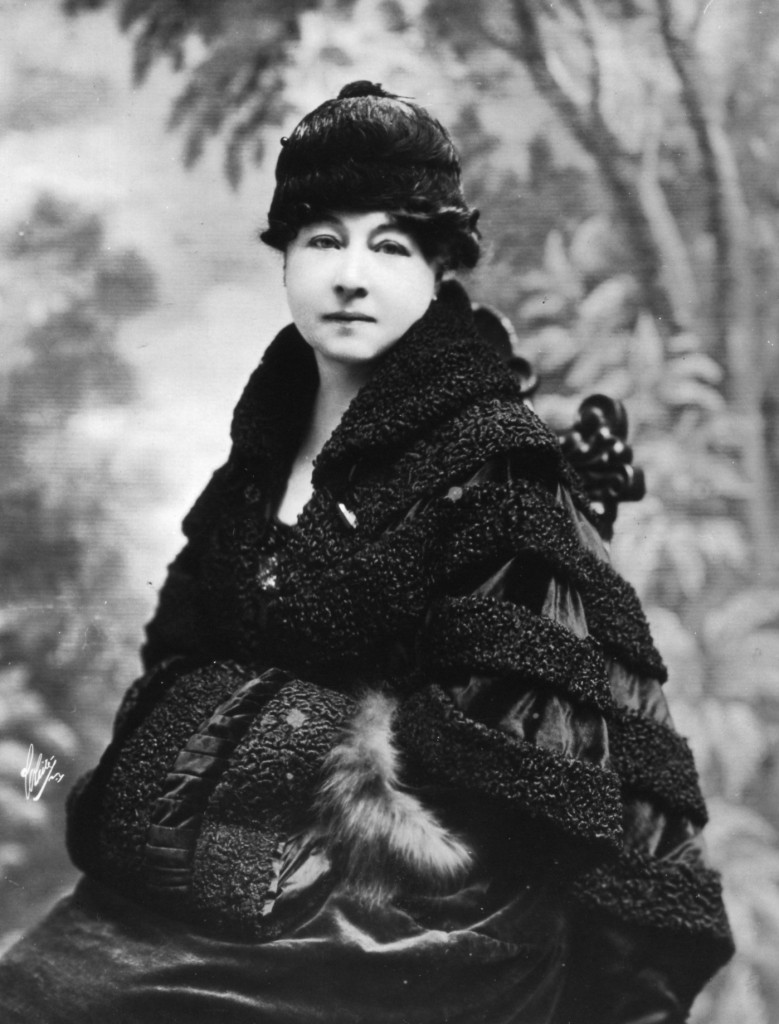 Program Description:
Long celebrated as the first woman filmmaker, and one of the earliest fiction filmmakers, Alice Guy Blaché has recently garnered a great deal of attention from cinema scholars, the public, and the press alike. Drawing on a wide array of approaches, this program explores Guy Blaché’s innovative sound films or phonoscènes (ca. 1906), her trailblazing Franco-American collaborations at Solax Studios in the 1910s, and her forward-looking representations of gender, citizenry, ethnicity, and sexuality. Through candid conversations with archivists, scholars, and critics, and a look at recent film restorations and forthcoming multimedia projects, this rich program of panels and screenings offers fresh perspectives on Guy Blaché's diverse and innovative legacy, as well as new avenues for intermedial research.

Part II. Friday, June 4—1:00pm–2:00pm EST
Moderators: Clara Auclair & Kim Tomadjoglou
Participants: Clara Auclair (PhD Candidate, U. Rochester/U. Paris Diderot), Richard Koszarski (Barrymore Film Center, Fort Lee, New Jersey)
Related Online Screening: Kennington Bioscope YouTube Channel
Panel Description: In 1907, Herbert and Alice Guy Blaché set sail for the United States to develop a branch of Gaumont’s Chronophone in Cleveland, Ohio. While their attempts were unsuccessful, Guy Blaché took advantage of Gaumont’s empty studios in Fort Lee, New Jersey, to start her own production company, Solax. Often referred as the “first Hollywood,” Fort Lee was an attractive hub for French studios to set up production branches and to safeguard their place in the US market in a very competitive economy. In this panel, we will explore the Blachés’ trajectory from Paris to New Jersey, and their passage from sound production to Solax. We will also look  at their work with the French community of creative personnel at Fort Lee, from 1907 and after, including career collaborators Henri Ménessier (set design, scriptwriter) and Francis Doublier (head of laboratories), and how they each brought the “French Touch” to American filmmaking.

Panel # 2: Out(side) of Time? Alice Guy Blaché, Film Canons, and Media Histories Today
Sunday, June 6—3:00pm–5:00pm EST
Moderators: Clara Auclair and Aurore Spiers
Participants: Jane Gaines (Columbia U.), André Gaudreault (U. Montréal), Marie Kondrat (U. Genève), Kiki Loveday (PhD Candidate, UCSC)
Related Online Screening: Kennington Bioscope YouTube Channel
Panel Description: The cinematic oeuvre of Alice Guy Blaché in France and the United States still holds tremendous power in its ability to challenge our understanding of film and media history. Since the 1970s, important work has been done to rehabilitate Guy Blaché’s work on both sides of the Atlantic. Yet accounts of her career often reiterate the same questions, which have to do less with her aesthetic and stylistic contributions to early cinema and more with her and other women’s absence from historical narratives. Inspired and encouraged by new forms of access-driven preservation of Guy Blaché’s extant films, DVD distribution, documentaries, and festival programming, this roundtable aims to move beyond the “recovery narrative.” It will reflect on Guy Blaché’s place in the history of cinema, as well as explore various new avenues of research through a range of formal, feminist, queer, intermedial, and historiographic approaches to her films.

Online Screening
Friday, June 4—7:00pm–9:30pm EST
A Comedy of Errors. Dir./prod.: Alice Guy Blaché (Solax, US, 1912). Cast: Blanche Cornwall, Darwin Karr, Billy Quirk, Vinnie Burns. RT: 14 min.
Source: Kino Lorber. Archive: BFI. Music composed and performed by AJ Layague. Special thanks to Bret Wood (KL) and Bryony Dixon (BFI).
Introduction: Kim Tomadjoglou and Tami Williams, with commentary by composer AJ Layague
Film Program Note: Billy lives in the second-story flat directly opposite “Mr. and Mrs. Green Eyes.” While looking out of his window, he mistakenly believes that the kisses “Mrs. Green Eyes” blows to her husband are intended for him. Billy proceeds to visit her with the pretext that he is returning a book she dropped from her window. “Mrs. Green Eyes” is put off by Billy’s advances and suggests his presence would not please her husband, a six-footer with “Big Muscles.” Billy takes the hint and leaves, but accidentally forgets his umbrella. This leads to a series of comic misunderstandings after “Mr. Green Eyes” returns home and discovers Billy’s umbrella, and then a pair of gloves. He suspects his wife is cheating, but clever “Mrs. Green Eyes” uses the excuse that these articles are surprise birthday gifts. When Billy returns once again to claim his possessions, the maid and “Mrs. Green Eyes,” fearing the worst, knock Billy out cold and hide him in a closet. When he comes to, he encounters “Mr. Green Eyes” and a chase ensues whereby “Mr. Green Eyes” stumbles and also loses consciousness. When he comes to, “Mrs. Green Eyes” puts her husband’s jealousy to rest by convincing him that he is suffering from delirium. Spousal infidelity, a recurring theme of Guy’s Solax comedies, is set in motion by the exchange of personal objects that function to motivate narrative action. Character gestures, facial expressions, and bodily movements demonstrate Guy’s tenet that her players “be natural,” while elements of the chase film transform the domestic sphere of the bourgeois home into an inherently female space of pleasure and play.

[This online screening also includes Segodnya / Today (Cannons or Tractors?) and The Curse of Quon Gwon.]

Barnier, Martin and Ben Brewster. “The Controversy over the ‘Invention of the Talking Picture.’” Film History 11, no. 4, Special Domitor Issue: Global Experiments in Early Synchronous Sounds (1999): 477–484.

Gaudreault, André. “A Problematic Institutional Space.” In Film and Attraction: From Kinematography to Cinema, translated by Timothy Barnard. Urbana: University of Illinois Press, 2011. 84–97.