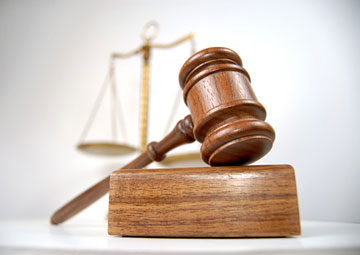 On December 3rd, 2014 a Texas man was scheduled to be put to death at the decision of the state. The pendulum of time swung back and forth, only hours remained before Scott Panetti would be pronounced dead.

Less than 12 hours before the State of Texas was set to execute Mr. Panetti the U.S. Circuit Court of Appeals issued a stay of execution. This decision does not mean that this man will not be executed, but rather, that the appellate court issued a delay in carrying out the execution until the appeal is resolved.[1] In this case, the death sentence can be lifted if new evidence is discovered that will exonerate Mr. Panetti.

Yet Mr. Panetti's life continues to hang in the balance, with the decision resting in the hands of the appellate court and the pendulum continuing to tick.

Mr. Panetti was convicted of killing his mother-in-law, father-in-law, and holding his wife and daughter hostage until finally surrendering to police. When tried for capital murder in 1995 Panetti wished to represent himself and the court proceeded by ordering a psychiatric evaluation. Psychiatrists found that he suffered from fragmented personality, delusions, and hallucinations. According to a report issued by the Texas Attorney General's Office, “The evaluation noted that [Panetti] had been hospitalized numerous times for these disorders. Evidence later revealed that doctors had prescribed medication for [Panetti]’s mental disorders that, in the opinion of one expert, would be difficult for a person not suffering from extreme psychosis even to tolerate.”[2]

Moreover, Mr. Panetti has had previous psychotic episodes. One particular psychotic episode lead to Mr. Panetti burying many of his valuables next to his house after being convinced it was possessed by the devil.[3] There is also evidence of Mr. Panetti asking for mental-health care on three occasions when incarcerated, despite the state denying any records exist.

So what happens if the court recognizes incompetency? What if Mr. Panetti undergoes mental-health treatment and shows signs of his psychological state improving? He could then become competent enough to be again eligible for execution, thus forcing him and his lawyers to choose between insanity or execution.

The United States is a country rooted in retributive justice. Does killing the convicted really make the hurt go away? Would restorative justice do more for those affected? Perhaps encouraging dialogue and reparation allow for healing and forgiveness to take place for the families and communities involved.

In this case particularly, how can one fully blame Mr. Panetti for the actions committed if he was under the influence of a brain grasping at reality? Even if he eventually is able to become competent enough for execution, should the government be killing a citizen for an action committed due to a dysfunctional organ? If we cannot blame a patient for having an arrhythmia or a genetic disorder, why is it that we can blame someone for having an altered mental status dependent on physiological dysfunction?

Instead, the United States government should be focused on restoring individuals to competency and encourage human flourishing. No human being should be given the choice between death and insanity, rather, there should be true incentive for healing. If we truly want communities that strive for justice, we must work for rehabilitation and well-being.

Murder does not simply affect those that have had their lives taken, nor does solely affect the family, the ripples resonate throughout communities and nations. Closure is a myth, these effects never end, they change our humanity and deserve genuine discussion and reflection.

For now, the decision of the appellate court has bought some time for Scott Panetti, but he, and the community at large, need more than time, we need change. Change needs to begin now. No government should ever execute it's own civilians, and especially, never come so close to executing the mentally ill. We should focus on healing wounds, not causing more.