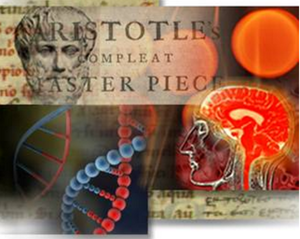 With U.S. healthcare costs rising and threatening to bankrupt the nation, many critics have turned a critical eye to the healthcare system. According to the World Health Organization (WHO), in 2013, the U.S. spent more on healthcare per capita ($9,146), and more on health care as percentage of its GDP (17.1%), than any other nation.[1] Moreover, in the past ten years healthcare costs have nearly doubled from $1.2 trillion to $2.3 trillion.[2] Critics of these rising costs cite wasteful procedures, excessive testing, fear of malpractice law suits, and administrative costs as among many of the reasons healthcare costs have increased.  Higher incidence of comorbid disease offers a likely explanation for this escalation. Specifically, patients struggling with a ‘physical disorder’ and a diagnosis of depression, anxiety, or other mental illnesses, generally have higher disease burdens; more additive function impairment; incur higher medical costs; and demonstrate lower rates of self-care and adherence.[3] If it is clear that patient care is more expensive and less effective when the patient is also diagnosed with a mental illness, what are we doing about it?

Current standard of care seeks to bandage symptoms. Mental illnesses tend to get chalked up to ‘brain chemistry imbalances’ despite the fact that there is little evidence for this hypothesis. With over 100 known neurotransmitter systems in the human brain, it is no longer plausible that a single medication can fundamentally alter neurotransmission and therefore result in wellbeing.[4] Unfortunately, the current medical model does not focus on wellbeing, but instead, stabilization. Effectively, the goal of stabilization is to minimize relapse and reduce recurrence of symptoms. The standard of care in most acute psychiatric wards and psychiatric hospitals set the bar at “returning to baseline functioning” rather than “striving for wellbeing.”[5]

This standard has not always been the case. Ancient moral philosophy, for example, recommended how one ought to live. The Stoics and Epicureans of Ancient Greece, saw meaning-making as essential to living – philosophy not as an abstract esoteric concept, but instead as a way of life. Recent work by psychologists reflects this mindset on the basis of human morality, rooted in evolution, beginning with an assumption that morality is a shared set of intuitions regarding what is right or wrong. Similar to ancient Stoic and Epicurean beliefs, modern science reveals a world where our virtues, character, and reflection matter. Unlike current conceptions of philosophy -- lofty, intellectual notions that are divorced from daily living -- deep, critical thought is inherently practical because it focuses the mind. To live philosophically entails applying mindful practices to everyday tasks – even when planning a shopping list or coordinating and resolving conflict within a team. Mindfulness of this sort takes the onus for promoting self-care and flourishing moment by moment, instead of debating over rule-based systems that may lose focus when applied to daily living.

Implementing wellbeing generally depends on introspection, which has been demonstrated to be fundamental to change.[6] Current leaders focus intensely on introspection. The 14th Dalai Lama has acknowledged this, “True change is within; leave the outside as it is.”[7] Commonly used clinical theories promote the necessity of contemplation prior to acting.[8] Before deciding to change or to not change, one must first turn their own perception inward. Cognitive Behavioral Therapy, one of the most popular reflective therapies, is rooted in this ancient Stoic tradition. Moreover, Mindfulness Based Therapy, another popular model, draws many of its theories from Eastern traditions such as Buddhism. Similarly, most current therapies advocate identifying thoughts, specifically when one is stressed, and subjecting them to rational inquiry. When faced with distress, the first step is to notice the thoughts, and then act to reduce the stress. Importantly, many of these techniques have been shown to be instrumental in preventing psychiatric illness.[9] If we know of models that can help to prevent illness, why do so few people practice them?

One commonly cited reason for inability to introspect is overwhelming stress.[10] If we assume that the U.S. is a “stressed out nation,” is there time for reflection? Most Americans suffer from high stress, with 44 percent reporting that their stress levels have increased over the past five years.[6] Moreover, self-care is usually not valued as a priority: only 40 percent of Americans rate their mental health as very good or excellent.[6] One commonly cited problem is lack of willpower, however 70 percent believe that willpower is something they can learn or improve.[11] If stress was an infectious virus, the United States would be in the midst of an epidemic.

Indeed, the effects of stress, similar to a disease, are deeply biological. Recent developments in psychoneuroimmunology have demonstrated a clear link between mental and physical health. Notably, decreased stress is correlated with a decrease in GI problems and autoimmune disorders along with faster recovery times and less hospital readmissions, among many other results.[12] We know that too much stress can cause inflammation, which can lead to life-limiting illness and perhaps dissuade the individual from actively trying to improve and regain mental health.

What does this examined life look like? It meets each and every day with the courage to be skeptical, to search for meaning, and to care deeply for others. The ancient Stoics saw it as a duty to be reflective; the Epicureans believed it was the path to happiness. Wherever introspection may lead, it is a necessary condition to determine one’s own way of being.

Modern psychiatry tends to pathologize, worrying about what is wrong rather than what is right with the individual. Identifying when one flourishes is the starting point for change. Simply taking a moment to pause, reflect, and identify meaning in one’s life allows for the possibility of preventing future mental illness. Reflection, therefore, is not an ethical imperative for clinicians, but all levels of society. Just as handwashing was revolutionary in terms of disease prevention and led to new standards of hygiene, mental hygiene has the capability to be equally as powerful.

Reflection has been shown to improve wellbeing and reduce healthcare utilization and costs. Specifically, mindfulness-based stress reduction has been shown to be effective on both fronts.[13] This process is not an otherworldly esoteric process, but a very real and imperative action. One has the capability to engage in therapeutic processes that can reduce the incidence and prevalence of mental and physical illness. Lower incidence of illness has the very real impact of reducing healthcare costs – entirely prudent and necessary in the current economic climate. Now is the time to encourage reflection, not just for the sake of economic gains, but to foster human flourishing.

[10] Siegel, D. J. (2015). The developing mind: How relationships and the brain interact to shape who we are. Guilford Publications.