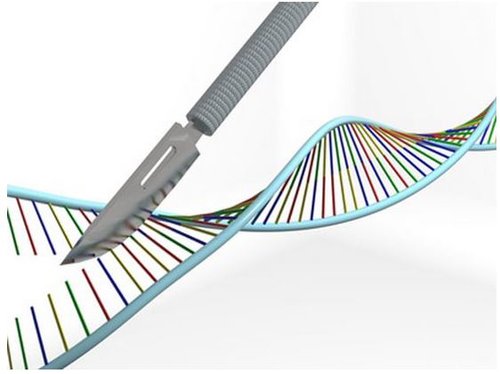 An ethical line may have recently been crossed, stirring up long-lasting debates on the ethics of manipulating the human genome. The research under scrutiny was conducted In Guangzhou, China by a gene-function researcher at Sun Yat-sen University, Junjiu Huang and his team of researchers. The group utilized a well-known technique known as CRISPR/Cas9. The method utilizes an assemblage of molecules that researchers can target at stretches of DNA and slice and replace the strands.

Researchers are now able to synthesize molecules that can bond themselves to specific locations on DNA strands within any individual cell. The location can then be sliced out utilizing enzymes, and researchers can supply a differing version of the DNA to incorporate itself where the original strand was.

If this procedure had been successful, it would enable new genes to manifest within the cells while the embryo is developing. This technique is so powerful that is has been suggested for use in personalized medicine, novel drugs, and human genome modification.

Recently researchers from various countries have called for a moratorium on human embryo modification. Editing human embryos is contentious because, in theory, any changes made to the genetic line can be passed along to successive generations. However, the jury is still out on whether Huang and his research team’s experiments count as germline modification because the embryos were fertilized with two sperm cells. In these cases the embryos start dividing normally, however the atypical assortment of genes halts the developmental process before it goes too far.

Overall the researchers had injected 86 embryos, 71 survived long enough to study. However, researchers using CRISPR/Cas9 were only able to splice DNA from a very small number of embryos, and a much smaller percentage was able to take up the new DNA segment. In the end, the study was stopped because the authors thought the process was too immature.

One issue associated with this process is that it results in mosaics, a combination of edited and unedited cells. The problem with this is that if a clinician desires to know if the patient is disease-free, the clinician must sample a cell to come to a diagnosis. A cell from a mosaic has the probability of being either edited or unedited, which may result in an incorrect conclusion.

A second issue that arises from editing the germline results from the molecules binding with an unanticipated portion of the DNA. If the DNA is synthesized at an incorrect area it would fail to ameliorate the disease and could possibly create a novel disease of its own. Moreover, increasing the dose of nuclease used would also increase the probability that more slices would be made elsewhere in the genome. Overall, the process could result in more harm than benefit.

Before proceeding with such work, researchers must first be able to demonstrate safe outcomes and reproducible data over many generations. Currently, it is unclear what risks are present in such a procedure and in many cases the risks are impossible to know until after birth. In regard to research, those who wish to investigate genetically engineered cells in human populations must ensure informed consent. In these cases, it is unclear what information would be essential and accessible to inform prospective parents of the very real risks this may pose towards their children, and successive generations.

It is quite clear that while the implications of such research remains unknown, there is a global imperative to engage in dialogue regarding humanity’s role in genetic engineering. Now that humans are capable of editing the human germ line, researchers, policy-makers, and scientists must engage in substantial dialogue. Guidelines and regulations must be established regarding how to continue immediately, and whether it is morally acceptable to research within germline engineering.

The results of this one experiment do not imply that all others who utilize this method will also end poorly. Genetic engineering attempts have become increasingly successful in the past ten years and the CRISP/Cas9 may demonstrate a similar trajectory. Simply because we can do this does not mean we should. Before continuing, we need generations of replicable data and to be able to demonstrate safe outcomes for all those involved.