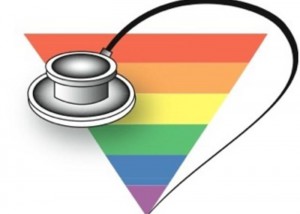 While LGBTQ persons are being welcomed at altars around the nation, sexual and gender orientation is still not protected within many clinical spaces. Last month the Detroit Free Press reported on a lesbian couple, Krista and Jami Contreras, who brought their six day old baby girl to a pediatric office and were refused care by their chosen physician, Dr. Vesna Roi.[1] The parents were upset when they were told by a different pediatrician that Dr. Roi had “prayed about it” and had come to the conclusion that she could not treat the baby due to her religious beliefs.

The Contrerases had previously met with Dr. Roi and decided that she was a good choice as she was known for having a “holistic approach.” Dr. Roi did apologize to the couple, stating that she had never meant to hurt either person, but she stood by her belief that she would not treat the child and has the freedom not to do so.

Moreover, Dr. Roi may be within her legal rights to deny LGBTQ couples services due to her own religious convictions. While Michigan’s laws do ban discrimination on the basis of religion, race, sex, and marital status, it does not include sexual or gender orientation.[2]

Even if the Michigan legislature were to amend this law to add protection for LGBTQ couples, this would not apply across the nation. Furthermore, laws that will block existing state and local laws protecting the LGBTQ community against discrimination are now being considered and signed into action.

Mississippi enacted similar legislation last year, Arizona legislation was vetoed by the governor, but Indiana’s new religious objections law has been defended against critics by the state’s governor, Mike Pence. The Indiana law, prohibits state and local laws that “substantially burden” the ability of citizens to follow their religious beliefs. Moreover, this measure does not only apply to individuals, but associations and businesses as well.

Governor Pence claims the bill was intended to ensure that religious liberty is fully protected under the law. However, religious and non-religious groups have expressed concern that the law supports discrimination against LGBTQ persons. Some leaders have gone so far as to call the law protection for "hate and bigotry.”

While this law may be intended to ensure “religious liberty,” it grants doctors the right to refuse to treat patients on the basis of sexual orientation or gender identity, which directly conflicts with the AMA code of ethics.[3] Despite the needs of the patient, a physician can refuse care in Indiana and other states, due to the patient’s sexual orientation, gender identity, or in the case of the Contreras’ baby, patient’s affiliated with those who identify as LGBTQ.

These new laws do not only affect physicians and their patients, but also influence care in hospitals and other clinical organizations. Some states do not allow joint adoption of a child, depriving one parent of custodial rights over the child, including authorizing emergency medical treatment. Citing these laws, some hospitals refuse to let a gay parent visit their hospitalized child.[4]

Even if the recent legislation in Indiana is amended, as Governor Pence has recently stated would happen, there must be active protections for LGBTQ persons.[5] All patients must be protected to receive equal medical treatment under the law.

Patients are human beings, whatever their sexual orientation or gender identity. Most iconic spiritual figures advocate for “healing the sick” without caveat. Instead, in states like Indiana, religious clinicians now have the right to refuse to heal the sick and to discriminate against their patients. One state having passed a law like this is one too many. Protections for some minority groups, such as the LGBTQ community, can now be undermined by states and localities, harming not only on the LGBTQ community, but on the next generation of innocent children as well. Active change must be made now for the well being of future generations.