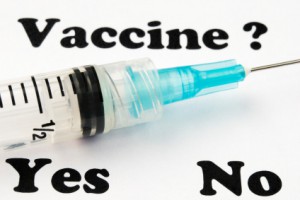 A bill that would make vaccinations a requirement for every child enrolling in public or private schools passed the California Legislature. The bill, known as SB 277, will soon be resting on Democratic Gov. Jerry Brown's desk, awaiting his signature. Under the proposal, any child enrolling in public or private schools, and day care, would be required to have verification of certain vaccinations. Importantly, parents of these children would no longer be able to cite personal or religious beliefs to decline immunizations. The only case in which any California parents would be able to decline vaccinations for their children is if their child had specific medical problems, like an immune system deficiency.

The bill was originally started with a petition by the Krawitt family in a chronically under-vaccinated Marin County school district. The Krawitt's son, Rhett, has been advised not to be vaccinated due to the state of his immune system. Their son is a 7-year-old leukemia survivor who is currently recovering from chemotherapy and, therefore, his health depends on whether enough people within the surrounding community are immunized. This concept, known as herd immunity, not only protects the child, but also safeguards those who are not vaccinated by slowing the spread of the disease. Some people, such as the Krawitt family, claim that other parents who refuse vaccination are putting their own immunocompromised children at risk.

The bill is sponsored by Democratic Sens. Richard Pan of Sacramento and Ben Allen of Santa Monica. Santa Monica is a hotbed for vaccine debate. An early childhood center in Santa Monica is reported to have a personal belief exemption rate of over 65 percent. This means that this community, along with others in the United States, has lower vaccination rates than countries suffering from extreme poverty and civil war.

Parents that oppose vaccines for personal belief exemptions do not cite religious convictions; however they can become less likely to vaccinate even after being presented with clear evidence in favor of vaccinations from their clinicians.[i] This form of rationalization is a form of confirmation bias, when one thinks they are reasoning when they are actually rationalizing. In the case of this study, parents thought they were being good scientists when they were actually being lawyers, using new arguments to defend their views.

Moreover, academic assessments of religious beliefs have found no evidence of organized religions prohibiting vaccines. Most of those who declined vaccines on religious reasons did so for motives that were not rooted in the teachings of their own religion.[ii]

The bottom line: A well-informed scientific Public Service Announcement (PSA) will not change the hearts and minds of any person who is against vaccinating their child. So what does one do when scientific arguments no longer work?

The majority of voters and representatives in California have taken the heavy-handed, no argument approach. A mandatory vaccine requirement will surely increase the rate of vaccinations. States such as Mississippi have the highest vaccination rates which are correlated with the fact that the state does not allow any vaccine exemptions beyond medical exemptions.

But simply because a policy is effective in achieving its outcomes, does it mean it is the right policy to implement?

As I wrote in a previous article, championing morals alongside science may help the pro-vaccination movement.[iii] Values and beliefs shape people's lives in very fundamental ways and the scientific community cannot hope to change the minds of others without addressing core values.

Similarly, in related national dialogue, proponents of gun-control continue to use statistics and recent evidence to marshal support for their own position. However, proponents of gun-control may be more likely to win hearts and minds when adopting a strategy similar to their opponents. Speaking about shared values such as “fostering life” or “liberty” can encourage a constructive debate. By bringing shared values to the foreground, advocates of gun-control can discuss which position “engenders an ethos of life” or encourages “liberty the flourishing of other human beings.” In the same light, a similar position can be taken by those in favor of vaccination if they admit that both morals and science can stand toe to toe.

Supporting this form of discourse does not mean that these scientific issues should be argued with oppositional political rhetoric, but instead, constructive value-based dialogue. The real crisis is not “anti-vaxxers” or “pro-vaxxers”, it is our inability to have a conversation as a nation. We should strike to the root of the crisis and start conversations about our common values.

Many Californians are cheering the legislative agreement on SB 277 on a 46-30 vote. However, does this division really represent the best outcome? Perhaps California's new law will be statistically effective, but it will also place a band-aid on a deeply divided issue. The state will still have concerned parents that either do not understand the science behind vaccines, or are rationalizing their views due to deeper reasons.

This conversation starts with a clinician, not simply discussing the facts of the matter but the worries and desires that the parent has. Perhaps the parent may have a deeper distrust of authority or a desire for the child to flourish, all great places to initiate dialogue. On a local, and national level, groups can also begin to change the conversation to a desire for a “culture of life” or “liberty for human flourishing.”

While the California bill may be passed, it still has yet to be signed. Moreover, even if the bill is signed, many concerned human beings will still remain.

It is easy to villainize the other, to conflate their view with their humanity. However, if we desire to have any real, constructive dialogue, we must remember that we all belong to the same human race. We all have hopes, dreams, fears, and morals. The growing lack of immunizations is surely a public health risk, but isolating oppositionists will not gain any ground in winning hearts and minds. We must instead acknowledge our connectedness rather than risk polarization if we truly wish for our values to be conveyed.

If more people decide not to vaccinate their children in California, the public health risk may turn into a national security concern. If any such concern lies ahead, it is imperative for a national dialogue to become collaborative rather than competitive. Discussing virtues that underpin our society and humanity may not change hearts and minds completely, but they will bring us closer to a common ground.