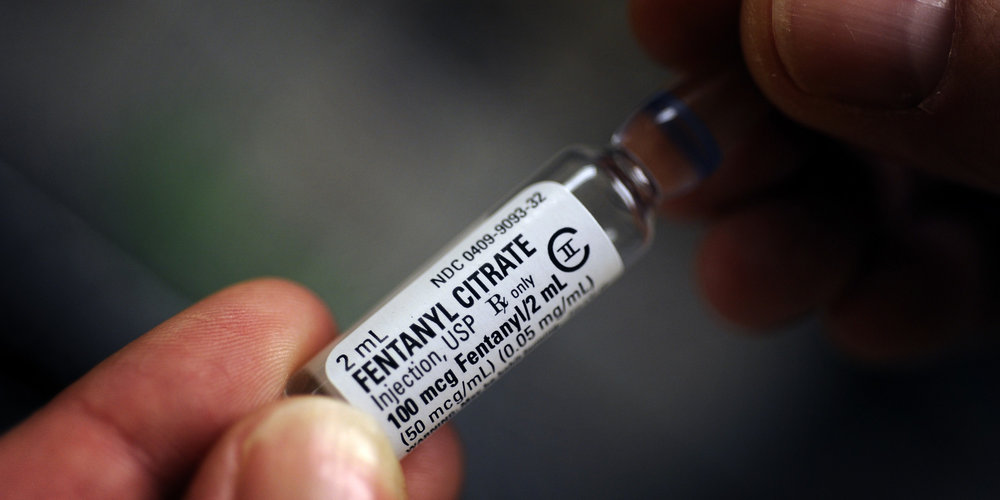 A deadly street drug epidemic that has beleaguered North America for years is on the uptick this spring, albeit under a new guise.

Since March, a growing number of regions in the United States and Canada have encountered an alarming increase in opioid drug overdoses. In most instances, the drugs causing the overdoses have been presented as either powerful painkiller pills or heroin, but mounting evidence suggests that the drugs were masked and of an extremely potent—and fatal—nature.

According to reports, many victims of this epidemic—those who illicitly bought the drugs, overdosed, and several of whom subsequently died—had believed that they were purchasing either (i) Norco, a prescription painkiller similar to Vicodin and Percocet, or (ii) a form of common heroin. In both contexts, authorities suspect that the drugs were doses of illegally manufactured fentanyl that resembled either Norco tablets or heroin.[1]

Fentanyl is a powerful synthetic opiate analgesic, primarily for treating patients with severe pain (e.g., those with terminal cancer) or for managing pain after surgery, though it can also treat individuals with chronic pain who are physically tolerant to opiates. In its prescription form, fentanyl is known as Actiq, Duragesic, and Sublimaze; its many street names include Apache, China girl, dance fever, goodfella, jackpot, murder 8, Tango and Cash, and TNT.[2] As the most powerful painkiller available for medical treatment, fentanyl is considered the king of all opiates: indeed, it is about fifty times stronger than heroin and a hundred times stronger than morphine. Since fentanyl is cheap to produce illicitly and efficient to transport, it can be used to contaminate other, less potent street drugs. Once contamination occurs, users are unaware that they are inhaling or rejecting a perilous substance.[3]

Medical and law enforcement officials suspect that the drugs in question are smuggled into Canada and the United States from China and through Mexican drug cartels, according to collective reports. However, it is unknown as to how, exactly, the drugs are being disguised as painkiller pills or heroin. Investigations into the matter are occurring on both local and federal levels.[4]

While historically, fentanyl sales and overdoses have been concentrated in the Eastern United States (in places such as Ohio and Southern Florida), the primarily affected regions of the emerging epidemic range from the greater Chicago area to British Columbia in Western Canada and California’s Central Valley. In response to the rising overdoses, the Centers for Disease Control and Prevention (CDC) have cautioned that a nationwide opiate epidemic is underway.

In the Central Valley alone, more than fifty opioid-related overdoses have been reported since late March. Sacramentan Jerome Butler, who ingested one such pill that he thought was a Norco painkiller, was one of the latest fatal victims. After taking the pill, he lapsed into a coma with liver and kidney failure and was taken off life support just days later.[5] Strikingly, he obtained the pill from a trusted contact, whose supplier is unknown. His mother, Natasha, said, “Someone here in Sacramento has the deadly pills. They are selling the deadly pills to our people.”[6] And the fatal overdoses remain on the rise: drugs spiked with a powerful painkiller have been responsible for at least twelve reported deaths in the region between March 24 and April 22.[7]

As in Sacramento, the recent sales and overdoses in British Columbia have tended to resemble painkiller pills. This spring’s significant increase in fentanyl-related overdoses and deaths prompted the BC government to declare a public health emergency.[8]

In the Chicago area, on the other hand, it seems that fentanyl is disguised as, and even combined with, heroin, in a liquid form. Reports indicate that at least eighteen recent heroin-opioid overdoses have occurred this spring, with two of them being fatal fentanyl ingestions. Investigators surmise that the buyers are in search of heroin, but that the street drugs are being combined with a more powerful-than-ever synthetic fentanyl.[9]

With these realities in mind, several suggestions should be considered as a means of confronting this epidemic. First, it is necessary to improve current systems for monitoring prescriptions. All too often, public health experts and bioethicists concentrate their attention on the interactions of doctors with current patients. While it is understandable that pain management doctors may not follow their patients after discharge, isn’t it possible, and perhaps even probable, that the individuals seeking the street drugs have developed an addiction that stemmed from legally provided prescriptions, but that has lacked thorough monitoring post-discharge? Epidemiological reviews of the explosive 2014 fentanyl epidemic in Ohio indicated that many of those seeking the opioids were suffering from bipolar disorder, depression, or other mental illnesses, and that the monitoring programs currently in existence suffer from notable shortcomings.[10] This belief is supported in the literature. According to hospitalist Marianne Maumus, addiction psychiatry services “are excellent and can direct the withdrawal process, [but] they frequently do not have the daily encounters required to witness, manage, or document the aberrant behaviors or to understand the nature of the alleged painful medical condition [at hand].” Such patients need increased monitoring in the outpatient setting to reduce diversion and supervise compliance.[11]

Secondly, improvements to overdose treatment access should be sought. In Canada, for instance, kits containing an overdose treatment called naloxone have been made available to paramedics, firefighters, and police, according to Health Minister Terry Lake. However, more action is needed, he said: “We have to do what’s needed to prevent overdoses and deaths, and what’s needed is real-time information … Medical officers need immediate access to what’s happening and where so they can deploy the necessary strategies to prevent these tragedies.”[12]

Thirdly, public health agencies and medical professionals should aim to reduce the demand for fentanyl and other opioids through addiction prevention efforts, including safer practices in prescribing painkillers, improved approaches to prescription monitoring, and by reinforcing evidence-based approaches to treating pain in a way that spares the use of opioids. In light of the emerging epidemic, top officials at the FDA published a special report last week in the New England Journal of Medicine with the intent of guiding a national response to the opioid crisis—galvanizing the medical community to commit to actively propose solutions and ultimately to upend the status quo, which “is clearly not acceptable.”[13]