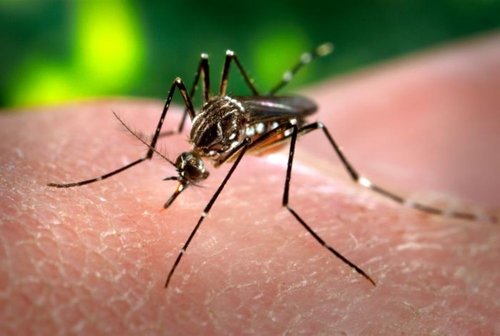 The role of public health agencies is to facilitate approaches to health planning by supporting health promotion, prevention, and preparedness activities. And in theory, good public health messaging supports these aims. Yet in recent months, various governmental health agencies around the globe have faced sharp criticisms in response to certain recommendations they have issued regarding pregnancy risks and newborn health outcomes. Specifically, in several Caribbean, Central American, and South American countries where the Zika virus is on the uptick, governmental health authorities have suggested that women take steps to avoid pregnancy for at least several months or until the virus wanes, whichever comes first.[1]

The criticisms, which rely on arguments relating to sociopolitical, cultural, and historical issues, suggest that the agencies in question are out of touch with social currents and accordingly that their recommendations are unrealistic to follow. The critics—who range from women’s and human rights activists to public intellectuals and media contributors—allege that the recommendations are naïve, unrealistic, and unjustified, and that the advice transcends the scope of public health imperatives.[2] However, such criticisms are misguided because of two specific reasons. These critics (i) misunderstand the purpose and responsibilities of public health agencies and (ii) sidestep important ethical and scientific dimensions of the health risks at hand. To this end, the respective governments’ advice is justified (e.g., effective paternalism), and the dissemination of such content accords with the methods and ethics of public health messaging as well as with the mission of the public health field.

In just half a year, the mosquito-borne Zika virus has transformed from a geographically isolated concern to a menacing global adversary. Though several outbreaks have occurred within the last decade, the spring–fall 2015 emergence of the virus in Brazil became the first time in history that the infection was associated with serious neurological and immunological complications in newborns—including microcephaly (a congenital brain deformity) and Guillain-Barre syndrome (a potentially crippling autoimmune disease). International concerns about infant health have since increased, especially after researchers in Brazil detected signs of the virus in the amniotic fluid of pregnant women whose fetuses were diagnosed with microcephaly via ultrasound.[3] Today, concerns are pronounced where Zika outbreaks have already occurred: Jamaica, Colombia, Brazil, Ecuador, and El Salvador.

In response to these very real concerns, the governments of these nations have taken swift action in sounding warning alarms—as a rational strategy to promote newborn health and vitality, and to prevent neurodevelopmental disorders that may last a lifetime and thus render a poor quality of life.[4] In Jamaica, for instance, authorities are urging women to delay becoming pregnant for the next six to twelve months.[5] And in El Salvador, the country at the heart of these criticisms, the public health ministry advised women to put off pregnancy for the next two years—until 2018—or until Zika wanes. The country’s Vice Minister of Health, Dr. Eduardo Espinoza, justified the nation’s guidelines by referencing the duty to public health: “We see ourselves obligated to make this recommendation to partners trying to get pregnant.”[6]

El Salvador—which has, purportedly, nearly one hundred pregnant women infected with Zika—has been a subject of heightened criticism.[7] In that country, abortion is illegal with zero exceptions, sexual education is limited, and contraception is widely unaffordable and inaccessible. Moreover, in El Salvador, up to 90 percent of pregnancies are unplanned. To both of these points, UN Commissioner for Human Rights Zeid Ra’ad Al Hussein recently advised that the advice “to delay getting pregnant ignores the reality that many women and girls simply cannot exercise control over whether or when or under what circumstances they become pregnant.” Furthermore, Dr. Guillermo Antonio Ortiz, a Salvadoran obstetrician, said, “It isn’t fair to say ‘don’t get pregnant’ when there is no sexual education program in schools.”[8]

Undoubtedly, there is merit to these criticisms. It is true that the infrastructure of El Salvador’s sex education is nowhere near comprehensive, so the actualization of the government’s advice may not receive the widespread attainability that the agency hopes for. Given various social and cultural constraints (e.g., the inaccessibility of birth control; religious, social, and political pressures and expectations surrounding sex practices), many women may perceive the recommendation to be impractical. By the same token, however, many of the arguments are misguided, especially those characterizing the guidelines as being enforceable. For instance, in a New York Times column, Dr. Howard Markel of the University of Michigan is quoted as likening El Salvador’s guidelines to “verboten” governmental action.[9] Not only is this comparison misguided, but it is simply wrong. The public health ministry of El Salvador—and of the other countries—is in no sense forbidding pregnancy or sexual practices. In this sense, such critics ought to be reminded that none of these recommendations carries legal authority. By definition, recommendations are guidelines, and individuals are entitled to accept or reject the suggested course of action.

It is true that the recommendation is paternalistic. Yet many sensible public health laws and recommendations must be paternalistic or else, prevention might not occur. Indeed, public health is an inherently paternalistic profession, and effective public health guidelines sometimes must intentionally encourage the avoidance of an activity as a means of promoting health and implementing disease prevention strategies. Importantly, paternalism is not necessarily value-laden: as philosopher Thomas Pogge has argued, paternalism can be an effective and accepted method of an institution insofar as certain criteria are met.[10] This truth also undermines the argument that the government’s recommendation is not grounded in reality: not issuing a recommendation that expounds upon the potential outcomes of Zika-induced pregnancy would fail to meet the ethical imperatives of the field of public health.[11]

Scientifically speaking, the statistics are striking, and reasonably insightful regarding the degree of pregnancy risk and potential health outcomes of newborns. In El Salvador, more than 2,400 cases of Zika were reported in the first three weeks of January alone.[12] To this end, it would be ethically untenable for that government not to disclose its data and caution its citizens about the potential dangers of becoming pregnant during this Zika outbreak—or at least until the virus is somehow contained or treated.

In light of these considerations, it is evident that these countries’ recommendations are scientifically supported. But several follow-up questions remain. For one, were these agencies justified in advising women on behaviors relating to their reproductive/sexual practices in the first place? Many of the voiced criticisms are indicative of a misunderstanding of the purpose of public health agencies. Not only do these criticisms sidestep the scientific realities of the issues at hand, but also they ignore important moral and ethical dimensions of public health imperatives, including the timely dissemination of necessary facts and recommendations as a means of informing and safeguarding the public. These recommendations fall within the agency’s ethical obligation to educate and caution the public on the ramifications of Zika-exposed pregnancy, and not issuing the recommendation would be ethically untenable.

Secondly, one might ask: Are the agencies in question doing enough? If many of the individuals in the affected nations do not even receive sexual education, how effective will a simple recommendation really be, and how does the government measure this efficacy? While there are not yet concrete or official answers to these questions, one preliminary suggestion is for these public health agencies to provide women and their families with reasonable access to ongoing (i) counseling services, as a means of preventing an unintended or unwanted pregnancy, and (ii) education workshops concerning the spread of Zika—including best practices for prevention and scientific information about the virus itself.

In the final analysis, while the public health agencies in question may be temporarily recommending abstinence, they are not prescribing it as a normative way of life. Rather, it is a temporary preventive measure proposed in response to a severe threat whose comprehensive ramifications remain unknown and largely undefined (even domestically, the CDC recently commented that current knowledge of Zika is “evolving” and that preventive and precautionary measures should be taken to the fullest extent possible). So, communicating statistics and warnings about pregnancy in the wake of an infectious outbreak undoubtedly falls within the purview of its responsibilities. To this end, the public health messaging of these agencies is valid, and the recommendations of governmental health authorities should not necessarily be held accountable to social norms or cultural expectations. Rather, the recommendations are an appropriate public health suggestion aimed at disability prevention, rooted in science, and issued in accordance with the aims of the profession.

[1] The Zika virus is a mosquito-transmitted infection related to dengue, yellow fever, and West Nile virus. Although it was discovered in the Zika forest in Uganda in 1947 and is common in Asia and Africa, it did not begin spreading widely in the Western Hemisphere until spring 2015, when the first outbreak occurred in Brazil. See Donald G. McNeil Jr., Catherine Saint Louis, and Nicholas St. Fleur, “Short Answers to Hard Questions About Zika Virus,” The New York Times, February 12, 2016, http://www.nytimes.com/interactive/2016/health/what-is-zika-virus.html.

[10] For the four criteria, see Thomas Pogge’s personal website, on “Paternalism,” at: http://thomaspogge.com/paternalism/.