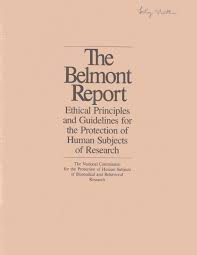 The January 6, 2016 closure of the public comment period for revisions to the Common Rule concluded several contentious months in the bioethics world.

The period for public comment opened in September 2015, when the Department of Health & Human Services (HHS) proposed significant revisions to the Federal Policy for the Protection of Human Subjects (the “Common Rule”—45 CFR 46), the set of federal regulations governing the conduct of clinical research involving human subjects.[1]

The Notice of Proposed Rulemaking (NPRM) has since generated controversy among many researchers and ethicists, ultimately raising uncertainty with regard to the future of human subjects protections. Per the federal Office for Human Research Protections (OHRP), the purpose for regulatory change is to streamline the Common Rule, specifically by (i) “decreasing administrative burden, delay, and ambiguity for investigators, institutions, and IRBs” and (ii) “strengthening, modernizing, and making the regulations more effective in protecting research subjects.”[2]

Though the NPRM aims to increase protection of research subjects and to build public trust, critics of the proposed rules have countered with an array of questions and concerns. Such individuals assert, for instance, that more substantial revisions are necessary; that the federal government should attempt to make the rulemaking process more transparent; and, therefore, that the rule is not ready to be finalized. Many critics have also taken issue with various substantive underpinnings of the proposed rules, such as the viability of “broad” informed consent for biobank research.[3]

These issues were especially evident at Public Responsibility in Medicine & Research’s (PRIM&R) “Advancing Ethical Research” conference, which was held in November. The conference, whose theme was “Continuity and Change in Human Research Protections,” considered how the proposed changes to the Common Rule could impact research protections.

A pervasive concern among conference attendees was that the imposition of the rules could signify dramatic institutional shifts regarding the informed consent process.[4] Specifically, the rules seek to (i) improve the informed consent process by increasing transparency among researchers by imposing stricter requirements for the documents disseminated to prospective subjects and (ii) require informed consent for the use of stored biospecimens in secondary research (e.g., a blood sample that is leftover after being drawn for clinical purposes), even if the specimen is deidentified. In this context, consent would be obtained by “broad consent”—e.g., consent for future, unspecified research studies for which the specimens would be stored and used.[5]

There remains conflict regarding whether—and to what extent—the revised informed consent process, among various other proposed rules, should be embraced.

Indeed, this discordance came to light during the conference’s town hall meeting regarding the NPRM and the future of human subjects protections. Moderated by Dr. David Strauss of Columbia University, the panel featured Dr. Jerry Menikoff—Director of the OHRP, Dr. Kathy Hudson of the National Institutes of Health, healthcare consultant Diana Chingos, attorney Mark Barnes, and public health expert Leonard Glantz. In a disputatious exchange with Menikoff and Hudson, Glantz argued adamantly that the regulatory language does not adequately capture the informed consent process, and that a mere informed consent form is insufficient for the protection of study participants from a compliance and educational perspective. Menikoff vigorously defended the OHRP’s stance, as outlined in the proposed rule.

Another source of controversy underlying the stated goals of the NPRM— specifically, research that is excluded from IRB review—was debated. The proposed regulatory structure would entirely exclude some human subjects research from administrative or IRB review, leaving it to the investigator “to act in a way that is consistent with the principles outlined in The Belmont Report.”[6] If enacted—and provided that the data is recorded in such a manner that subjects cannot be identified—this rule would exclude several areas of research from review, such as educational surveys, interview procedures, and observations of public behavior. This step suggests that the only risk of such research relates to loss of privacy—a position with which PRIM&R and others disagree.[7] Investigators who presented their research in a plenary session, “The Challenge of Research on Campus Sexual Violence: Ethical, Scientific, and Political Dimensions,” supported this view. In their presentation, the investigators indicated their respective reliance on IRBs to address ethical concerns and to help move the research forward—thereby advocating for ethical research when there were many institutional forces involved that may have impeded the research.

Undoubtedly, as it works to finalize the rulemaking, the OHRP should seriously consider the various concerns expressed by members of the research community. There are many aspects of research outside the realm of privacy concerns that, under the NPRM, would be handled entirely in a decision-making process managed only by investigators. This step is highly problematic because it opens an ethical loophole that potentially preferences investigator autonomy over beneficence and justice for study participants. To fill this loophole, the rules could be improved by maintaining the requirement for IRB review for this kind of research. Absent the requirement for IRB oversight, do we believe that investigators are able to “act in a way that is consistent with the principles outlined in The Belmont Report”? Are the proposed revisions to the Common Rule, as stated in the 2015 NPRM, sufficient for the future of human subjects protection? Given this level of uncertainty, it seems that the answer is, unequivocally, no.

[1] Human subjects research involves a living individual, about whom an investigator obtains either data through interaction or identifiable, private information. Examples include the administration of psychological tests or medicine, conducting interviews and surveys, and blood collection. See National Institutes of Health: Office of Extramural Research, “Research Involving Human Subjects,” December 9, 2015. Available at: http://grants.nih.gov/grants/policy/hs/index.htm.

[3] These concerns were especially evident at the Public Responsibility in Medicine & Research: “Advancing Ethical Research” conference, which was held November 13–15, 2015, in Boston, MA. For an example of related criticisms, see the January 11, 2016 New York Times Letter to the Editor (re Rebecca Skloot’s December 30, 2015 op-ed “Your Cells. Their Research. Your Permission?”) authored by Alexander M. Capron, David H. Strauss, and Elisa A. Hurley. Available at: http://www.nytimes.com/2016/01/11/opinion/sharing-the-profits-from-cell-research.html?_r=0.

[7] PRIM&R Public Comment on the Proposed Revisions to the Federal Policy for the Protection of Human Subjects. December 30, 2015. PDF available at: www.primr.org.