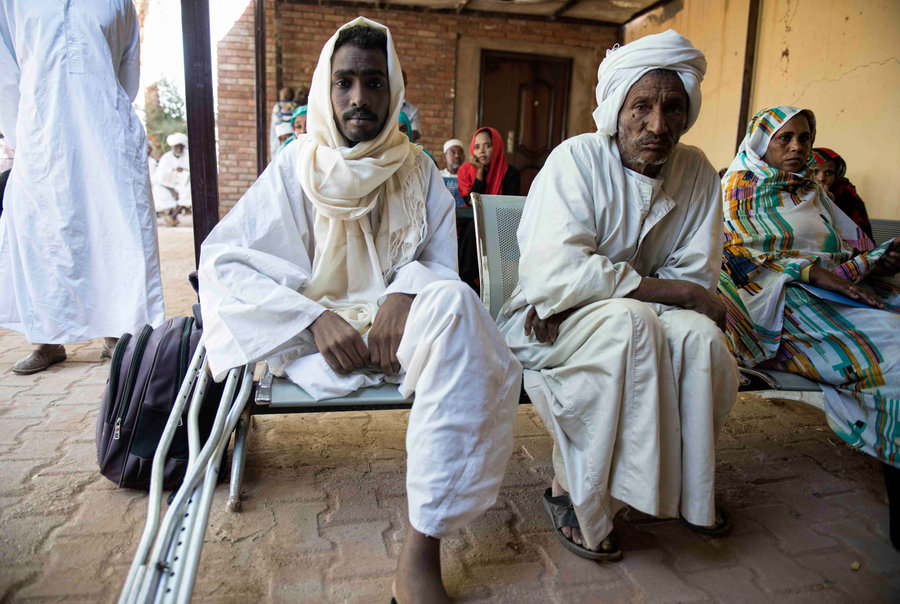 By now, most everyone knows that the Zika virus is a menacing global adversary. An array of governmental health agencies, reporters, and infectious disease experts have warned about its ramifications, presented statistical outcomes, and issued travel advisories.[1] But why hasn’t this coverage been extended to other infectious diseases ravaging similarly developing regions of the world—including Neglected Tropical Diseases (NTDs)? As the name suggests, NTDs are a group of diverse yet neglected diseases that cause significant morbidity and mortality worldwide. Historically, they have received limited attention from the developed regions of the world, despite the fact that more than a billion people—one-sixth of the world’s population—suffer from at least one NTD, often resulting in severe disabilities and even disfigurement. Most affected individuals are members of vulnerable populations—generally destitute and powerless peoples residing in the urban slums and rural zones of low-income countries.[2]

Among NTDs sits mycetoma, a destructive fungal or bacterial infection of a body part (most commonly, the foot) that results in disfigurement and social stigma. It overwhelmingly occurs in impoverished areas of the “mycetoma belt” that extends worldwide but is concentrated between the Equator and Tropic of Cancer, with most cases reported from India, Mexico, Sudan, Africa, Somalia, and Yemen.[3] Mycetoma is so neglected that until May 2016, it was not even on the World Health Organization’s (WHO) neglected tropical diseases list.[4] Troublingly, this longstanding omission has fallen short of the WHO’s articulated aims of (i) acting as the preeminent directing and coordinating authority on international health work and (ii) stimulating and advancing work on the prevention and control of endemic diseases.[5] In response, one might ask: Is a disease deemed less worthy of research, reporting, and treatment if it affects only a small, poor population? Relatedly, to what extent (if any) is it valid to diminish the medical, scientific, and moral duty to care as a function of disease incidence?[6] While the logical response is that an ethical duty to care certainly exists, the dearth of scientific data and infinitesimal medical resources devoted to those with mycetoma bears a distressing narrative, and one that bioethicists, the WHO, and other influential public health entities ought to profile and address with increasing rigor.

In recent years and months, several news outlets and scientific organizations have brought mycetoma before the public consciousness, exposing current conceptualizations of its trajectory and the currently inadequate treatment approaches. In 2013, the Mycetoma Consortium was founded by a number of experts, and research priorities were identified. The Consortium has promoted advocacy that resulted in the disease’s inclusion on the WHO’s list of “other conditions” within the neglected diseases continuum.[7]In perhaps the most comprehensive public assemblage of mycetoma-related facts, the Public Library of Science (PLOS) research collections have demonstrated that the key neglect is in treatment—outcomes tend to be poor, and amputation of the affected body part is routine. To this point, Zijlstra et al. relayed in a recent editorial that even though mycetoma has “all the ingredients of neglect,” there is uncertainty about its route of transmission, which contributes to a lack of effective national control programs. Additionally, the associated stigma of mycetoma has severe socioeconomic consequences: children drop out of school, young adults encounter difficulties finding a job or a life partner, and psychological effects resonate well into adulthood due to a lack of health services.[8]

In addition to PLOS, reporter Amy Maxmen’s recent series has shed further light on the mycetoma knowledge gap through profiling the experiences of those suffering with mycetoma—ultimately highlighting the urgency to confront this disease, and what is at stake if the status quo remains. In her December 2015 NPR article, Maxmen tells the story of twenty-six-year-old Mustafa Alnour Alhassan of Sudan, who lost his leg to mycetoma and is dying.[9] Alhassan was to be the first member of his rural village to attend college; instead, fungal spores caused his knee to swell. At a Sudanese clinic, doctors prescribed an antifungal drug to Alhassan, but its high price tag, potential for liver damage, and lack of results eventually led to the amputation of his leg above the knee. Since the fungus has remained in his body, his promise for a future life remains compromised.[10]

In reviewing this course of events, Maxmen astutely points out that “had Alhassan lived in a developed country, it’s unlikely [that] the flesh-eating fungus assaulting his body would have taken such a toll.” Indeed, in a developed country, physicians might (i) experiment with high-caliber drugs that would modulate the inflammatory response and (ii) prescribe a variety of treatments that kill off other fungal infections.[11] Indubitably, what happened to Alhassan is problematic, especially since there is currently no recourse to prevent it from recurring. According to Maxmen, almost nothing has been learned about mycetoma since there is virtually zero funding for it. Indeed, according to a 2014 Policy Cures report issued by the health analysis firm G-FINDER, public funding for neglected diseases is at a seven-year low.[12]

The outlook for mycetoma is not wholly grim, however. In fact, there are several glimmers of hope in the pipeline of mycetoma research and awareness. For one (and most likely in response to the efforts of PLOS and Maxmen), the WHO announced in January that it wouldconsider adding the flesh-eating, bone-destroying disease to the organization’s neglected disease list.[13]And in fact, this month, the January resolution was considered during the World Health Assembly (WHA) meeting in Switzerland. In an important step forward for mycetoma, the WHA approved, meaning that the disease will officially be added to the WHO’s neglected diseases list—making it more likely that funding organizations will support epidemiologic and other research.[14] Furthermore, the Drugs for Neglected Diseases Initiative (DNDi), a Switzerland-based organization, has launched the first clinical trial of a drug to treat mycetoma. The study is occurring at the Mycetoma Research Center in Khartoum, Sudan.[15]

The ethical reasons to foster attention to, and care for, mycetoma victims should be taken seriously. If respected health organizations continue to dismiss mycetoma and other NTDs as a low priority initiative, an egregious ethical oversight will be perpetuated instead of corrected—and to what end? To neglect is to fail to care for properly, or even to abandon. That the WHO has knowledge of this neglected disease, yet has been reluctant to include it on the neglected tropical diseases list until just this month, is unconscionable. In this vein, bioethicists, physician-researchers, and global public health experts ought to reevaluate the current lackluster approach to understanding and treating mycetoma and other NTDs. Relatedly, the WHO, the UN, and other affluent, leading healthcare organizations around the globe should leverage existing resources and extend outreach programs to the mycetoma belt. If the poor and powerless victims of mycetoma are provided with basic access to healthcare and medical education through funded research developments, education workshops, and the implementation of clinical trials, then it will be possible to procure beneficence and justice for these unjustly suffering populations.

[1] For more details, see my recent op-ed on the ramifications of the Zika outbreak, at http://www.voicesinbioethics.net/opeds/2016/03/22/ethics-of-public-health-messaging-abroad-are-the-recent-zika-related-recommendations-of-various-health-agencies-unjustified-paternalism-or-sound-public-health-guidance?rq=matt%20dias.

[6] While “duty to care” ethics traditionally refers to a legal obligation, this piece uses that term in an expanded sense—e.g., requiring adherence to a reasonable standard of medical care in the context of mycetoma and its sufferers.

[9] Mustafa Alnour Alhassan is shown on the cover image of this piece.

[12] See G-Finder’s 2014 Policy Cures report, “Neglected Disease Research and Development: Emerging Trends,”http://www.policycures.org/downloads/Y7%20GFINDER%20full%20report%20web%20.pdf. While mycetoma was not explicitly addressed in this report, thirty-four other neglected diseases were analyzed in the context of seven years of global data, gathered by G-FINDER, a health analysis firm.

[14] See Amy Maxmen, “Attention Finally for a Neglected Disease,” Johns Hopkins Bloomberg School of Public Health, GLOBAL HEALTH NOW, May 28, 2016,http://www.globalhealthnow.org/news/attention-finally-for-a-neglected-disease, and Drugs for Neglected Diseases Initiative (DNDi), “DNDi Response to the Addition of Mycetoma to the WHO List of ‘Neglected Tropical Diseases,’” May 28, 2016,http://www.dndi.org/2016/media-centre/press-releases/mycetoma-who-ntd-list-response/.