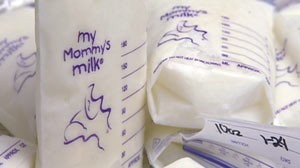 In recent months, a controversy surrounding the commodification of breast milk has resurfaced, indicating that the currently uncontrolled market may need regulation.[1] In autumn 2014, a corporation called Medolac Laboratories sought to purchase breast milk from low-income African American mothers in Detroit.[2] Unfamiliar with the benefits that breast milk could provide their infants, some mothers were led to believe that they must either give the milk to their children or pump milk for money.[3] While Medolac pledged to “increase breastfeeding and economic empowerment in urban areas” and promote “wealth creation among intercity mothers,” community activists, including the nonprofit Black Mothers’ Breastfeeding Association (BMBFA), alleged that Medolac was (i) targeting breast milk providers based on race and income levels and (ii) exploiting a group of women whose breastfeeding rates are significantly below the national average.[4] In partnership with community members and local lawmakers, BMBFA launched a public accountability campaign, which effectively ended Medolac’s recruiting attempts in January 2015.[5]

The commodification of breast milk has been trending in popular culture and online. A recent storyline in Showtime’s Shameless portrays a lucrative breast milk sweatshop that operates in the attic of a fictional Chicago bar, and online community forums entice stay-at-home moms to “turn their extra milk into extra cash” at up to $23,000 per year.[6] Indeed, the digital age has made breast milk more accessible; however, online sales are unregulated and do not necessarily screen milk for contamination or tampering, which is often unbeknownst to buyers.[7] In fact, recent studies have uncovered dangerous levels of salmonella, staph, and strep in unscreened breast milk that was sold in several leading online marketplaces, as well as instances of intentional tampering—including the addition of illicit drugs, cow’s milk, or water.[8] Undeniably, casual exchanges or sales of breast milk can be precarious, since there is no way for consumers to verify the quality and safety of unscreened milk.

A scenario of this nature materialized in February, when a nursing woman sold her breast milk to the highest bidders on Craigslist.[9] While this person sells to mothers incapable of nursing, she apparently also sells to bodybuilders who believe that the properties of breast milk will optimize their energy levels.[10] She advertises “I do not drink, or do drugs, and I take a multivitamin daily,” yet the milk she sells is not tested for disease, in contrast to donor milk at licensed milk banks.[11] The consumption of unscreened milk could pose serious health risks for infants and adults alike, thus leading to a high risk of disease transmission.[12]

Recent issues plaguing unregulated sales of breast milk should serve as a call to action for healthcare professionals and policymakers. While licensed donor-based breast milk banks comply with FDA and state regulations regarding tissue banking, the absence of federal or state regulations specific to breast milk sales is alarming.[13] Thus, policymakers should take swift action to safeguard the secure collection, processing, and shipping of human milk.[14] Furthermore, healthcare professionals should be urged to inform nursing mothers of the benefits that breast milk can provide to help ensure that they will not be exploited in the production of their breast milk. Though the cost-effective attributes of the online breast milk market may appeal to mothers who produce excess breast milk or who experience difficulty with breastfeeding, relying on a medium of exchange with no regulatory standards presents more risks than benefits. In the meantime, those in need of breast milk should heed safer alternatives to the current online market, such as licensed breast milk banks, until regulations are developed to ensure the integrity of the breast milk trade.

[1] In this article, the “commodification of breast milk” and breast milk “market” or “trade” refer to the trading, buying, and selling of breast milk, especially through online platforms.

[4] Medolac stated that paying intercity women for excess milk will create a financial incentive to continue nursing, and provide much-needed money to nursing moms and milk to newborn babies, while community activists retorted that women will be coerced into diverting milk that would otherwise feed their own babies. See Kimberly Seals Allers, “Inviting African-American Mothers to Sell Their Breast Milk, and Profiting,” the New York Times online, December 3, 2014, accessed March 16, 2015, http://parenting.blogs.nytimes.com/2014/12/03/inviting-african-american-mothers-to-sell-their-breast-milk-and-profiting/?_r=0 and “The Surgeon General’s Call to Action to Support Breastfeeding,” 2011, accessed March 14, 2015, http://www.surgeongeneral.gov/library/calls/breastfeeding/calltoactiontosupportbreastfeeding.pdf.

[9] Advertisement was posted in spite of Craigslist’s terms that expressly prohibit the sale of “body parts/fluids.” See https://www.craigslist.org/about/prohibited.

[12]There are serious known risks of consuming unscreened breast milk, including exposure to hepatitis, HIV/AIDS, and syphilis. See Keim et al., “Breast Milk Sharing Via the Internet: The Practice and Health and Safety Considerations,” 1471–9. The donation of breast milk is not regulated by the government as are donations of other bodily fluids, such as blood or semen, which is one reason that the breast milk trade has significantly grown. See Judy Dutton, “Liquid Gold: The Booming Market for Human Breast Milk,” Wired online, accessed March 20, 2015, http://www.wired.com/2011/05/ff_milk/.